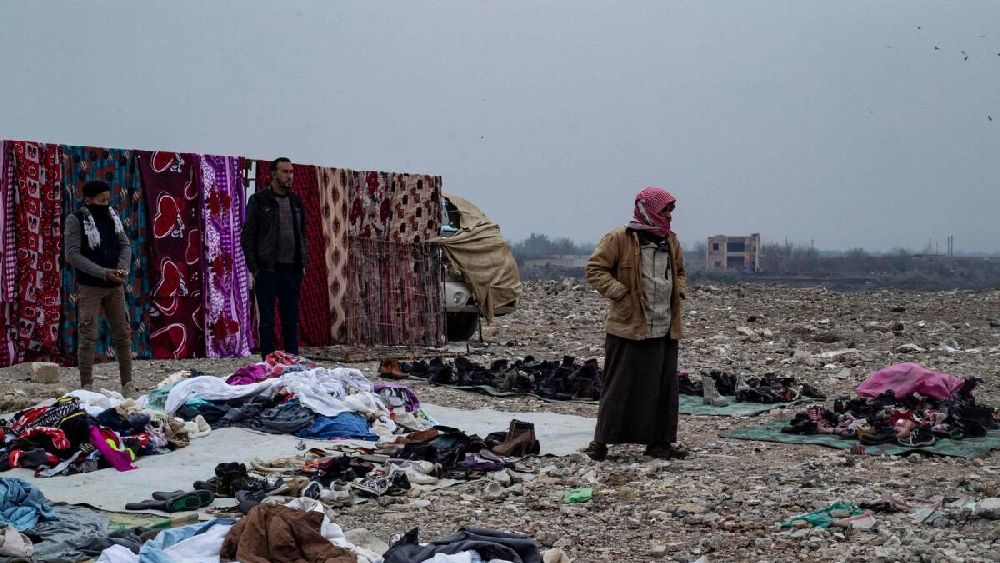 In addition to the nearly dozen dead, “two others have been wounded in a terrorist attack that targeted three buses transporting workers from Al Taim oil field in Deir Ezzor” province, Sana reported.

It did not provide any information on the nature of the attack in the Kurdish-held area or who may be behind it, but a British-based war monitor said “cells of the Daesh group” carried out the assault near the oil field.

“The attack began with explosive devices that went off as the buses drove by, and then the group’s militants shot at them,” Rami Abdel Rahman, director of the Syrian Observatory for Human Rights, said.

Also Friday, the US-backed and Kurdish-led Syrian Democratic Forces said their raids had reportedly thwarted an attack planned for New Year’s Eve. The militants were hiding in residential areas and farms, a statement from the forces said.

On Thursday the Kurdish-led Syrian Democratic Forces said they had begun an offensive against Daesh group fighters, following an earlier militants assault on a prison in Raqa, northwest of the attack on the bus.

The Syrian Democratic Forces said the offensive, dubbed “Operation Al Jazeera Thunderbolt”, aimed to “eliminate” Daesh fighters from areas that had been “the source of the recent terrorist attacks”.

The SDF said it was carrying out the operation alongside the US-backed coalition, although there was no immediate confirmation from the international force that they were taking part.

The SDF statement said that in addition to the thwarted Raqa attack, Daesh fighters had recently carried out eight assaults in the Deir Ezzor area, Hasakeh and Al Hol camp for displaced people, which houses family members of Daesh militants.

On Monday, six Kurdish fighters were killed when Daesh militants attacked the complex in Raqa, the militant group’s former de facto capital in Syria, in a bid to free fellow militants imprisoned there.

Referring to recent Turkish air strikes on Kurdish forces in northeast Syria, the SDF said Daesh was trying to “take advantage” of the situation by “carrying out more terrorist attacks”.

After a meteoric rise in Iraq and Syria in 2014, Daesh saw its so-called caliphate collapse, but fighters remain.

Supported by an international anti-militant coalition led by the United States, the SDF spearheaded the fight against Daesh in Syria and drove the group from its last stronghold in the country in 2019.

The Daesh group continues to claim attacks in Iraq and Syria, and the SDF regularly launches operations against the militants.

This was the most significant militant attack on a prison since Daesh fighters launched their biggest assault in years in January, when they attacked the Ghwayran prison in the Kurdish-controlled city of Hasakeh.

Since 2011, Syria has been mired in a bloody civil war that has drawn in regional and global powers. Syrian President Bashar Assad has mostly regained control of the country, but parts of its north remain under the control of rebels, as well as Turkish and Syrian Kurdish forces.

Also, some 900 US troops in Syria support the Kurdish-led forces’ fight against Daesh and have frequently targeted Daesh militants, mostly in parts of northeastern Syria under Kurdish control.

The US Central Command on Thursday reported conducting some 313 operations against Daesh in 2022 in Syria and Iraq, mostly in cooperation with Kurdish-led forces. According to a CENTCOM statement, 215 militants from the Daesh group were arrested and 466 were killed in Syria.