It’s a new week and we’re determined to make this a massive one. Whether it’s culinary treats, a bar takeover or a big night out, there’s something for everyone.

Here’s all the best things happening in Dubai this week.

Sing along as Travis perform at Dubai Opera 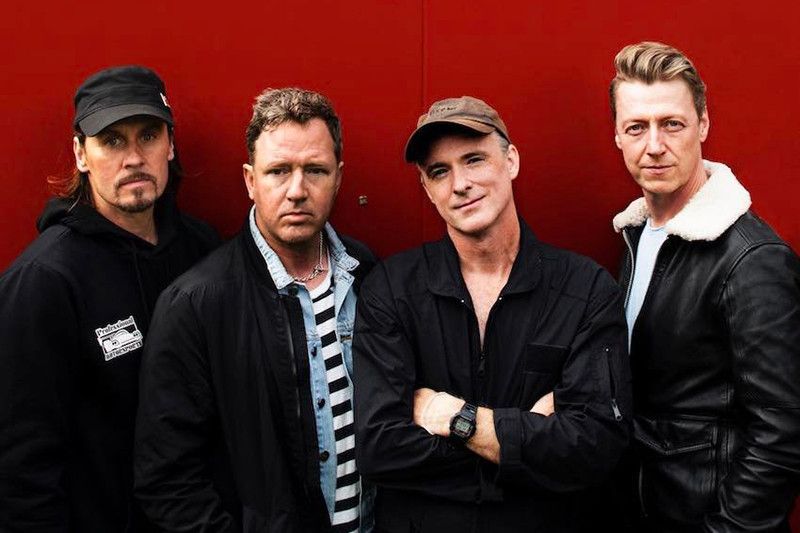 Scottish rock band Travis are celebrating the 20th anniversary of their smash hit The Invisible Band album with a performance in Dubai Opera on Monday October 17.  At the gig, fans can expect to hear hits from the band’s four-time platinum, third album like Sing, Flowers in the Window and Side, as the band throw it back two decades, as well as some of their other famous tracks including karaoke favourite Why Does It Always Rain On Me.

It’s white truffle season and restaurants across the city are celebrating one of the rarest truffles in the world. At Il Pastaio, the culinary team have divised a set menu priced at Dhs600 per person including a bottle of house wine, with all dishes created using Alba white truffle. Plates include a tartar di Fassona, a creamy taglioni and a parfait al pistacchio. It’s available for dinner only.

Glam up for a night out at Sushisamba 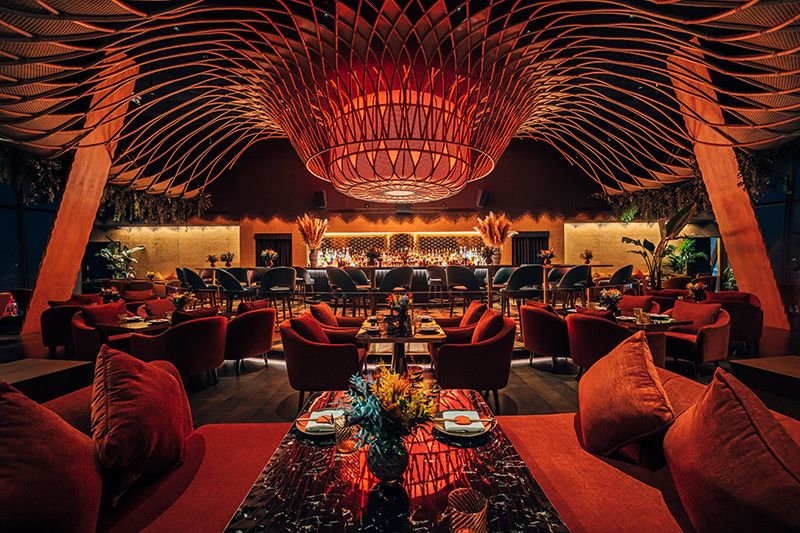 Every Tuesday, Sushisamba brings the party to its exclusive Samba Room with the Casa de Samba party. Book a table for dinner from 9pm onwards and expect lively DJ beats and an array of amazing entertainment alongside the a la carte menu of Japanese and Peruvian flavours masterminded by chef Moon.

Meet Paris Hilton at Mall of the Emirates

DJ, reality TV star and entrepreneur Paris Hilton will be in Dubai this week to exclusively unveil her brand new perfume, Ruby Rush. Fans can meet her at 6.30pm at Debenhams at Mall of the Emirates this Tuesday. 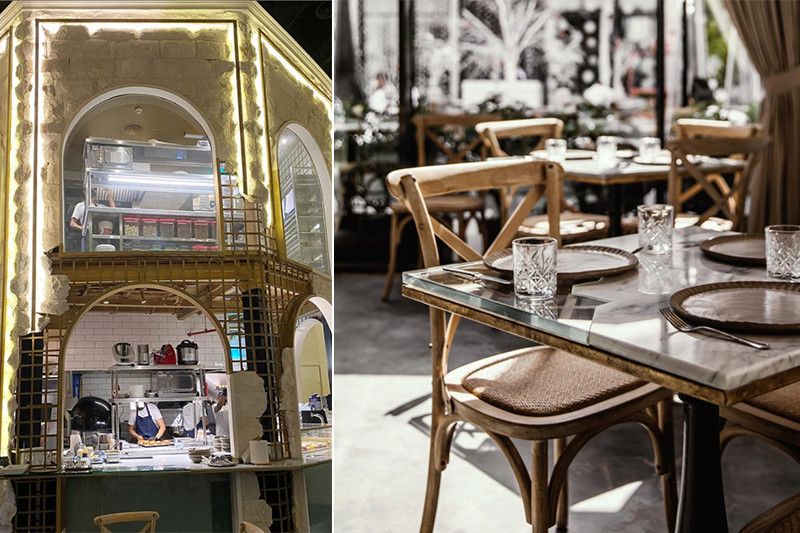 Chef Mohamad Orfali of the award-winning Orfali Bros. will come together with chef Alvaro Clavijo of Bogota’s El Chato for a one-off 10-course tasting menu at the chic Jumeirah bistro. The menu promises to fuse innovative flavours that are both signatures of chef Mohamad with the flavours of Columbian rising star chef Alvaro. There’s two seatings at 6.30pm and 9pm, with the unique dining experience priced at Dhs600 per person. 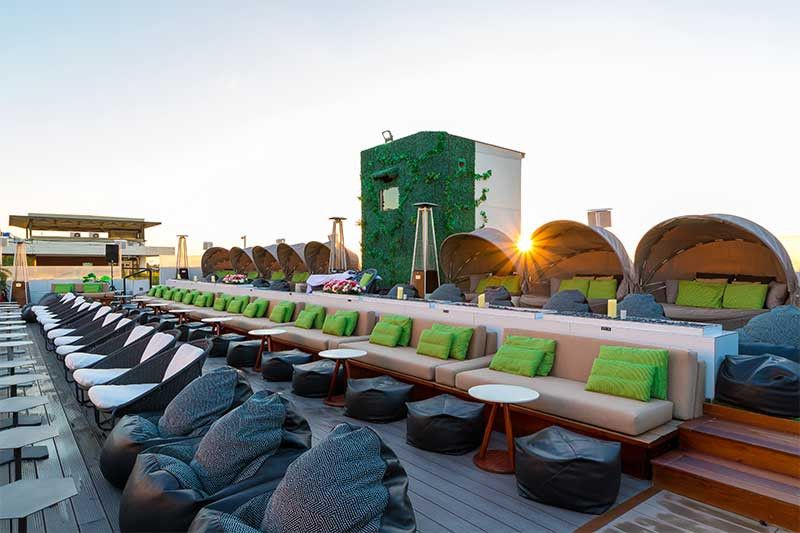 This Wednesday, Vox Cinemas’ open-air location at The Galleria Mall, Jumeirah reopens. Guests can choose from an oversized bean bag, single seats or upgrade to the VIP experience and stretch out on a cabana. The standard package is Dhs137 for one Sunday to Wednesday and Dhs158 from Thursday to Saturday. It includes a ticket and your choice of either nachos or a hot dog, salt or caramel popcorn, a soft drink, a bottle of water and a box of Monkey cookies. The VIP Cabana for two will cost you Dhs316 Sunday to Wednesday and Dhs368 Thursday to Saturday. It includes a two-person VIP cabana along with the food and beverage options mentioned above for both people. For little ones, it’s Dhs90 and a choice of salt or caramel popcorn, fresh juice and a box of Monkey cookies. 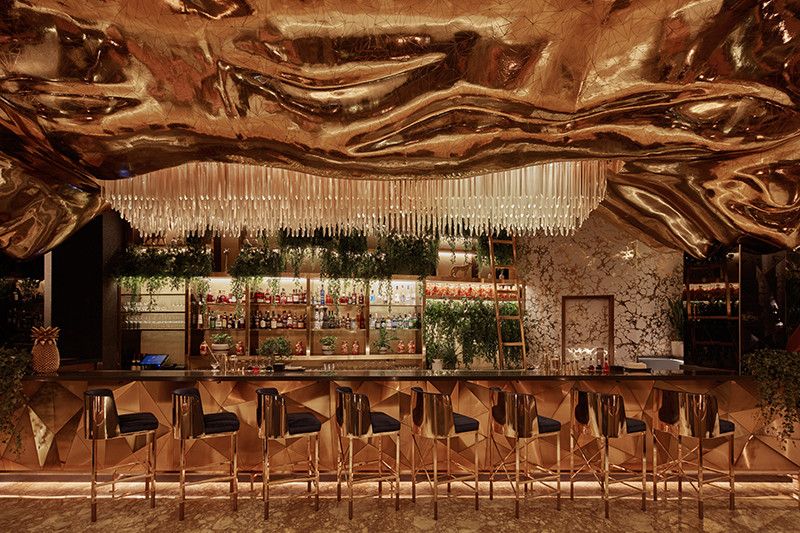 The Burj Al Arab’s dazzling cocktail bar, Gilt, welcomes a takeover from the award-winning Himkok in Oslo this Wednesday. Bartenders Maros Dzurus and Paul Aguilar promise to bring a taste of their locally-inspired cocktails and in-house distilled spirits from Himkok, ranked 43rd in the World’s 50 Best Bars.

Check out a free art exhibition

This week, Oblong Contemporary Gallery welcomes Faceless, a new art exhibition presented by Skaya Art Agency. The exhibition features the works of Anna Chekh, a Thai-baised artist who uses mediums including acrylic on canvas and sculptures in a bright and vibrant colourscape, presided over by a shadow man. It’s free to attend and on until November 1.

Take on a Whole New World at an escape room 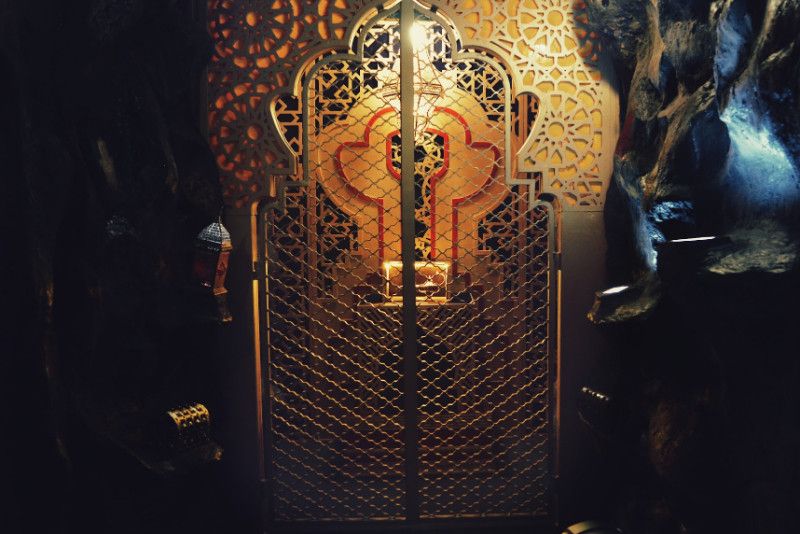 Prepare to enter a Whole New World as Escape Hunt at The Galleria Mall has launched an Aladdin-themed escape room. Packed with excitement, you and your team mates must race against the clock to free the genie and escape the evil forces that seek to stop you. You’ll have to solve a series of riddles to reach the magic vault in search of the genie’s lamp, which you’ll need to acquire before you make you way to freedom. There’s 25 per cent off when you pre-book an early bird slot online.