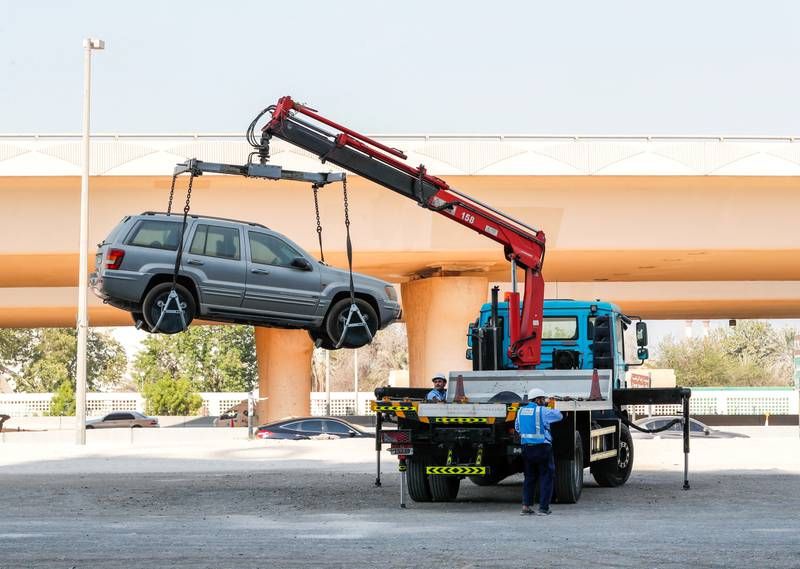 A car is towed by Mawaqif attendants from the parking lot opposite the Park Rotana Hotel in Abu Dhabi. Victor Besa / The National

Motorists in Abu Dhabi who have accumulated more than Dh7,000 in traffic fines must pay up or have their cars impounded to be sold at a public auction, the emirate’s force issued a warning on Monday.

In a Facebook post, Abu Dhabi Police said such vehicles will be confiscated and kept for three months. The motorists must pay their fines in full during this time or risk having their cars sold at a public auction.

Motorists can get a 35 per cent discount if they pay fines within two months of it being issued.