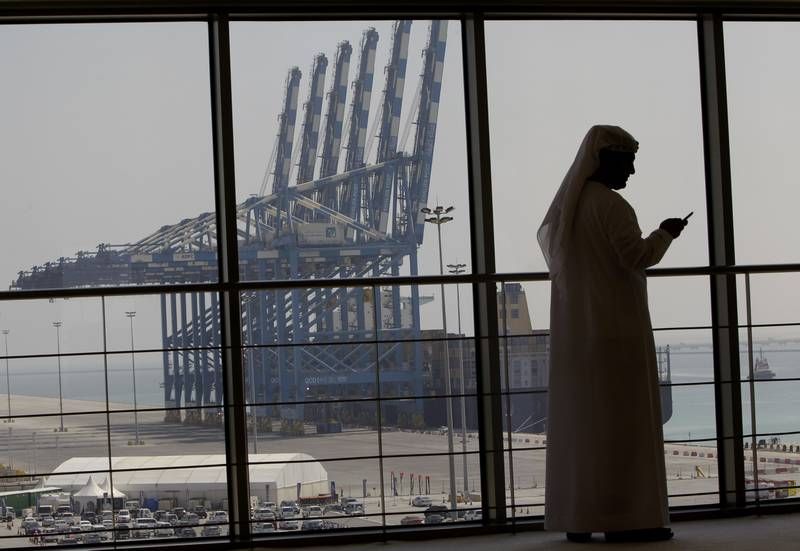 Net profit in the three-month period to the end of March, increased to Dh306 million ($83m) from the previous year, the company said in a regulatory filing to the Abu Dhabi Securities Exchange, where its shares are traded.

Revenue increased 15 per cent to Dh1 billion during the reporting period, as a result of growth across most clusters and a strong contribution from new partnerships and business lines, the company said.

Adjusted earnings before interest, taxes, depreciation, and amortisation increased by 34 per cent a year to Dh524m.

“Our integrated business model, built upon a firm foundation of long-term contracts and enhanced service offerings, continues to drive growth. We are resolute in our commitment to contribute to the UAE’s economic development.”

It also manages more than 550 square kilometres of industrial zones and an end-to-end logistics business, besides offering a range of maritime services.

AD Ports Group’s first equity placement raised Dh4bn that will be used to expand its operations globally and boost growth. It subsequently started trading on ADX in February this year.

ADQ, one of the region’s largest holding companies, remains a majority shareholder in AD Ports Group, with a 75.42 per cent stake in the listed entity.

The group signed a record 3.2 square km of new land leases during the period, more than the annual land leases signed in either 2021 or 2020. Container volumes grew 23 per cent year on year in the first quarter.

New maritime business initiatives such as offshore logistics and supply, trans-shipment and vessel chartering services grew by 167 per cent a year to contribute about Dh168m of the group’s total revenue.

The group’s profit more than doubled in 2021 on the back of higher revenue as global trade recovered from the coronavirus-induced slowdown.