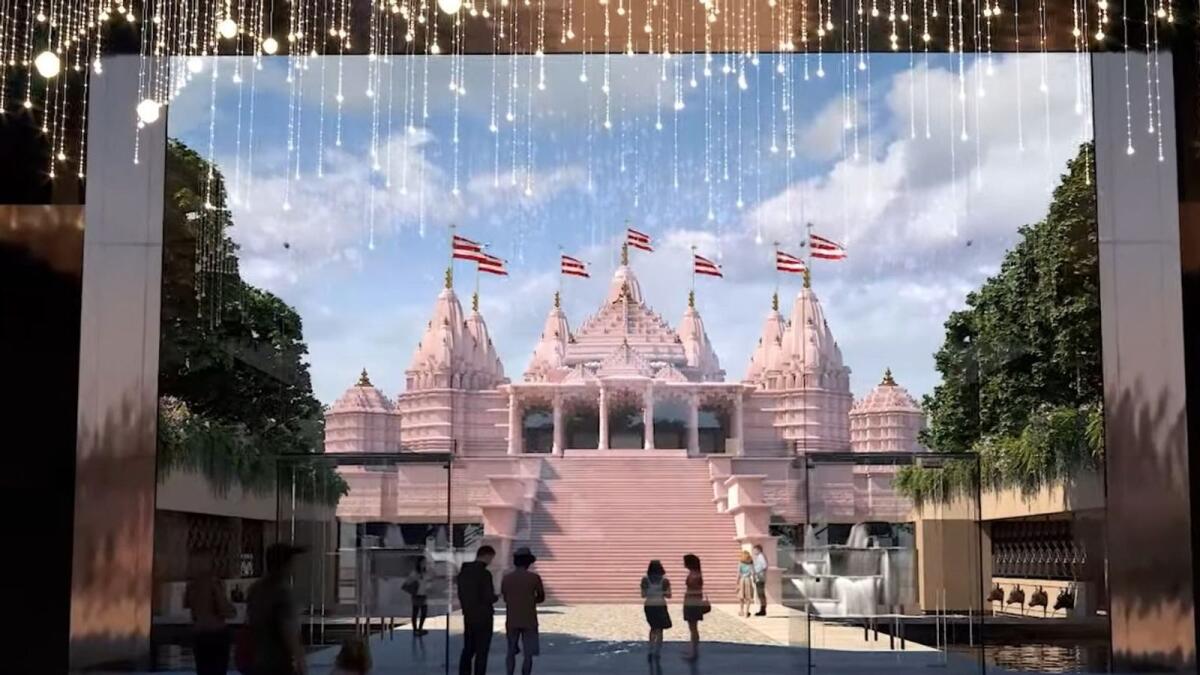 In his address during the ongoing centenary celebrations of BAPS Swaminarayan Sanstha’s late spiritual leader His Holiness Pramukh Swami Maharaj in the Indian state of Gujarat, Brahmaviharidas Swami recollected the journey behind the realisation of the under-construction temple.

Brahmaviharidas Swami, the head of the BAPS Hindu Mandir Abu Dhabi, noted that Pramukh Swami Maharaj during a visit to the UAE in April 1997 had prayed and wished for a temple to be built in the Capital.

“Even now many are wondering how it is possible that a temple is coming up in Abu Dhabi. Almost a 1,000 sensible people told me that it is impossible to build a traditional stone temple in Abu Dhabi. The only essence, comfort and energy that we banked upon were the prayers of Pramukh Swami Maharaj in 1997,” he said during the BAPS Gulf Countries Day observed in Ahmedabad. 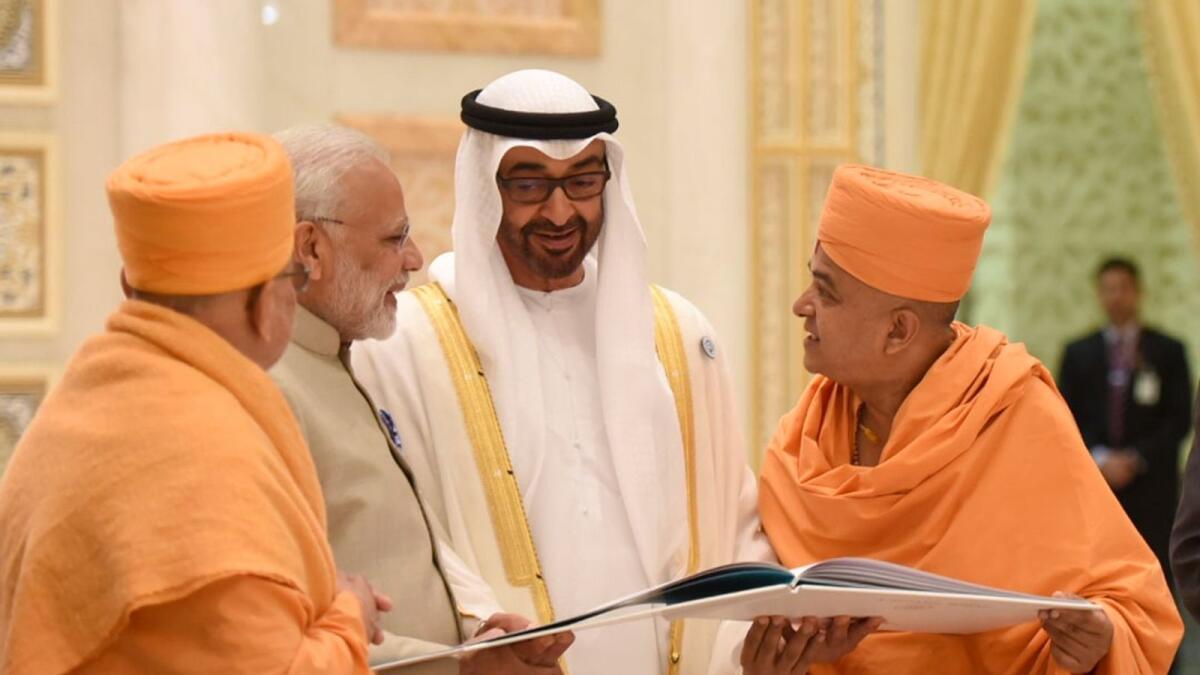 In August 2015, the UAE government allotted land to build a temple in Abu Dhabi. Sheikh Mohamed, the then Crown Prince of Abu Dhabi, gifted the land during Indian Prime Minister Narendra Modi’s first official visit to the UAE. In 2018, BAPS representatives met Sheikh Mohamed and Modi at the Presidential Palace during the Indian Prime Minister’s second visit to the UAE.

Brahmaviharidas Swami noted that it was a day when he experienced Sheikh Mohamed’s generosity.

“As we walked to the ruler and our prime minister, we were wondering what would happen. We placed two plans before them. First was to create a mandir (temple) like a normal building, put the ‘murtis’ (an image of a deity) inside and do worship like a Hari mandir and the other plan was to create a stunning traditional stone mandir that captures 10,000 years of Indian art and culture. When two plans were presented, with all generosity Sheikh Mohamed bin Zayed Al Nahyan, he chose the traditional mandir, the first such mandir in the history of human civilisation.” 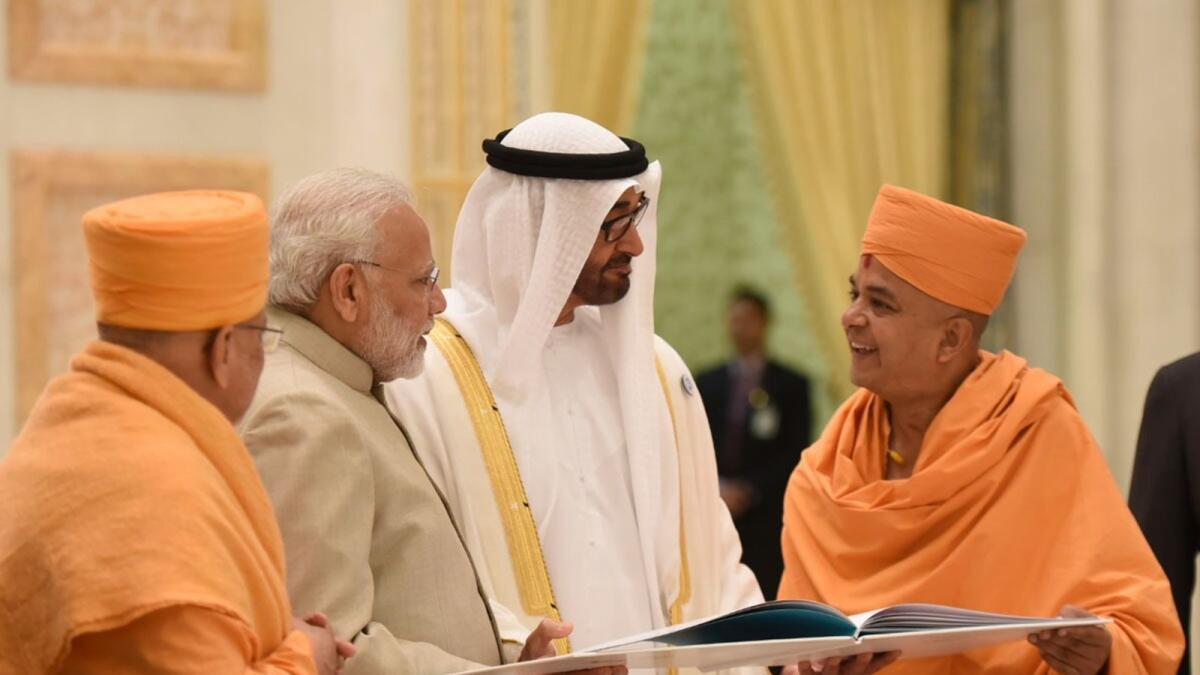 While initially 13.5 acres were allotted for the temple, later an additional 13.5 acres was provided for parking space.

“The will to spread love, harmony and tolerance is the basic foundation of the temple. It is bringing countries, communities and people closer together. This has become more than just a temple,” he added.

In his address, Indian External Affairs Minister Dr S Jaishankar said the construction of the temple is a story of “heart and mind”.

“The Abu Dhabi temple story was referred to as a miracle. It is a story of hearts and minds, and a story of the generosity of kings. This temple was the dream and prediction of Pramukh Swami Maharaj.”

The under-construction temple lies on 27 acres of land. The pink sandstone structure is expected to last more than 1,000 years. 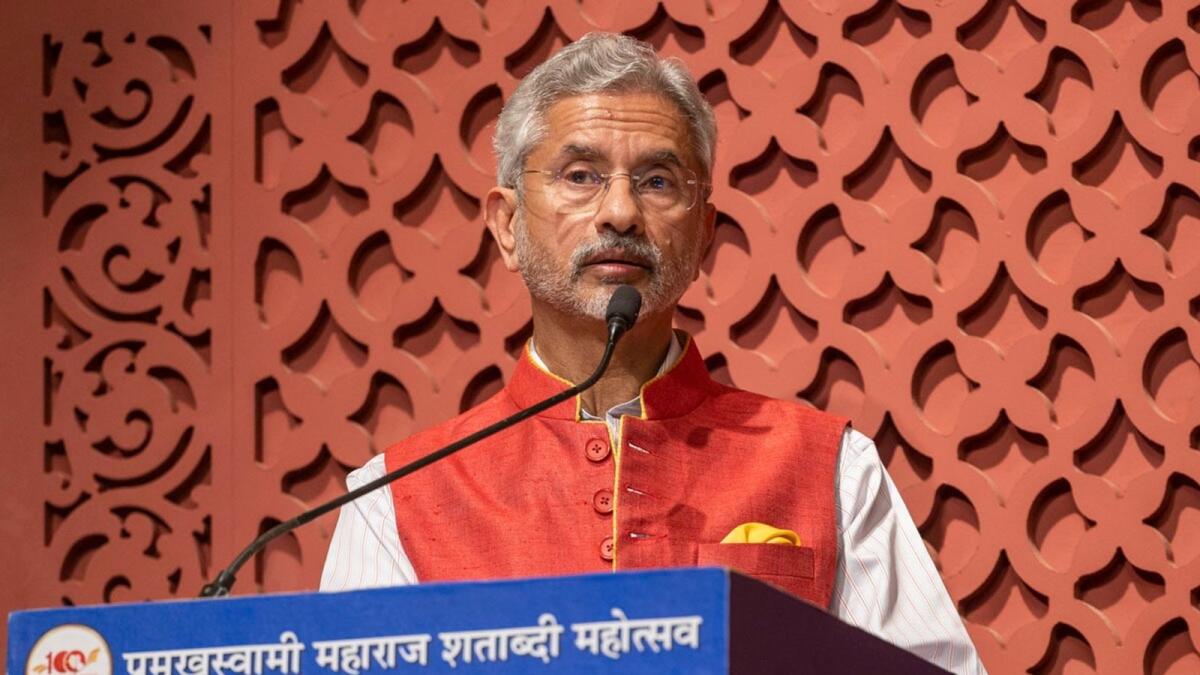 A prayer in the desert comes true

“On that day, we took him on a desert ride to Al Khawaneej. As we reached the site there was heavy wind blowing sand into our eyes. We couldn’t even speak to one another. And Swami Maharaj told us if we could imagine how the Arabs used to live in the desert and how difficult their lives would have been. We all sat in the desert and Swami Maharaj prayed: ‘May peace prevail here and everywhere. May all the countries be free of internal enmity and prejudice towards each other’. And at last he said: ‘May there be a temple in Abu Dhabi’. Those moments froze time for us. Those words were a prophetic and a divine prayer.” 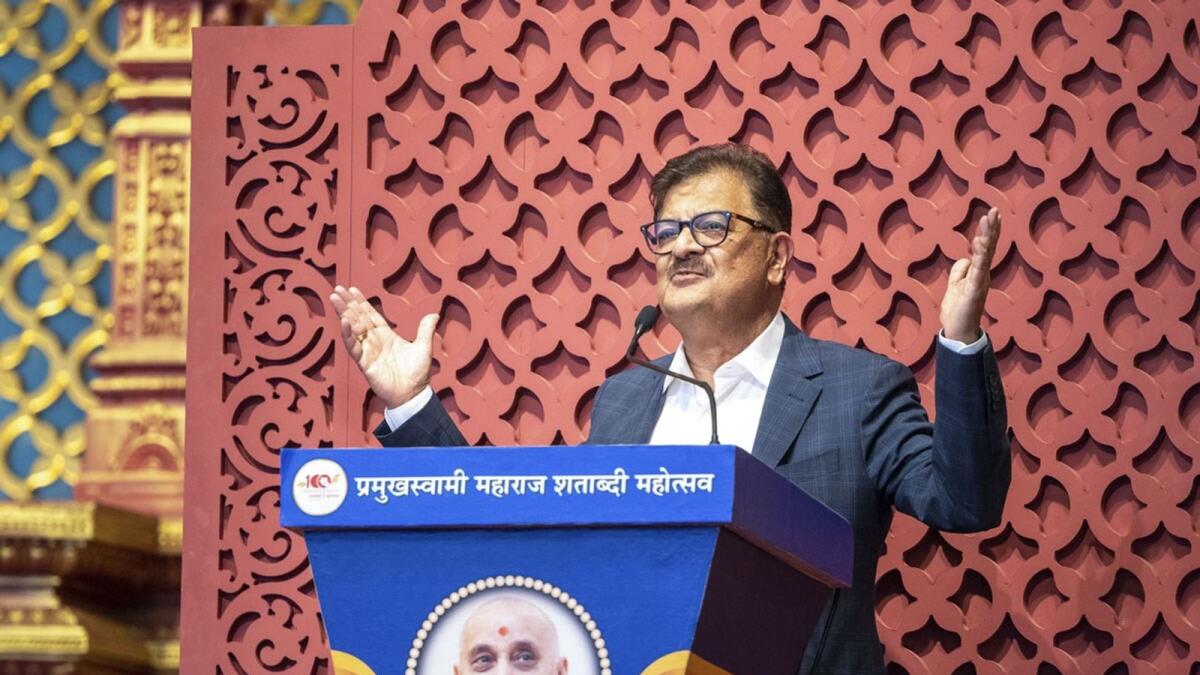 The construction of the temple, he underlined, is a “historic milestone” in the bilateral relationship between the UAE and India.

“The UAE is the only country in the world to have a Ministry of Tolerance. And I think it is our mutual respect for those values, which has enabled this historic milestone to be achieved. This will be a remarkable example in the Middle East and it will truly help spread the values which Swami Maharaj stood for.” 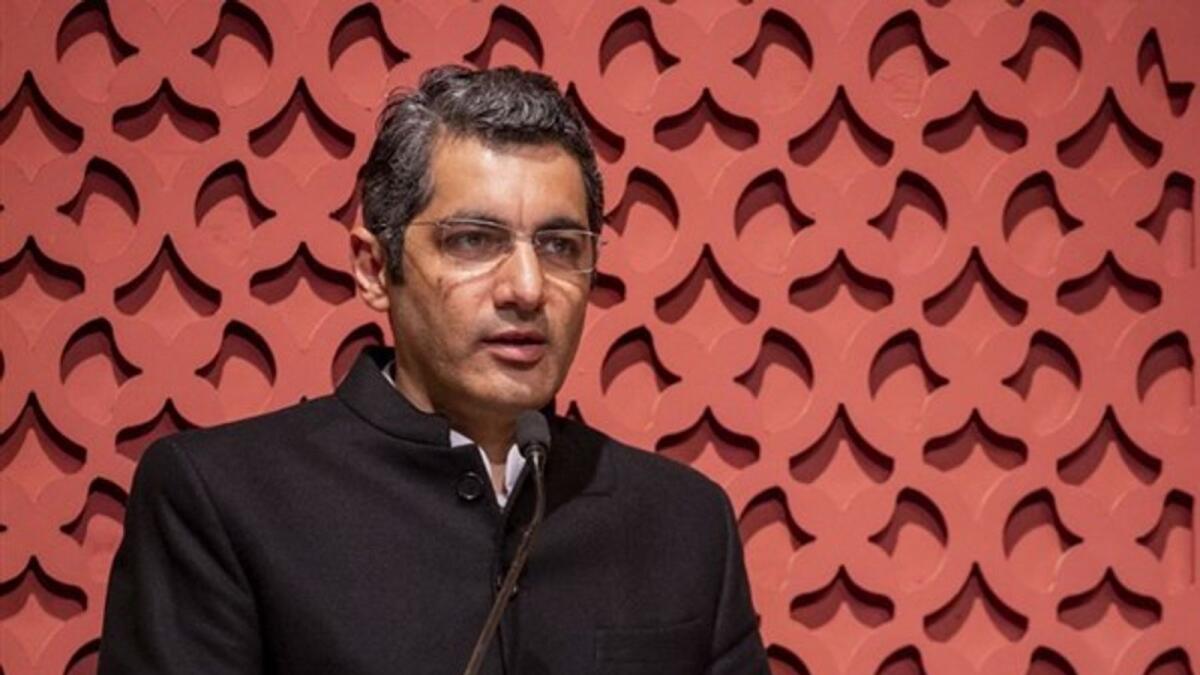 On December 15, the month-long centenary celebrations were inaugurated by PM Modi, who remembered the late Swami Maharaj as a father figure. The celebrations are progressing under the guidance of BAPS Swaminarayan Sanstha’s present spiritual guru His Holiness Mahant Swami Maharaj.