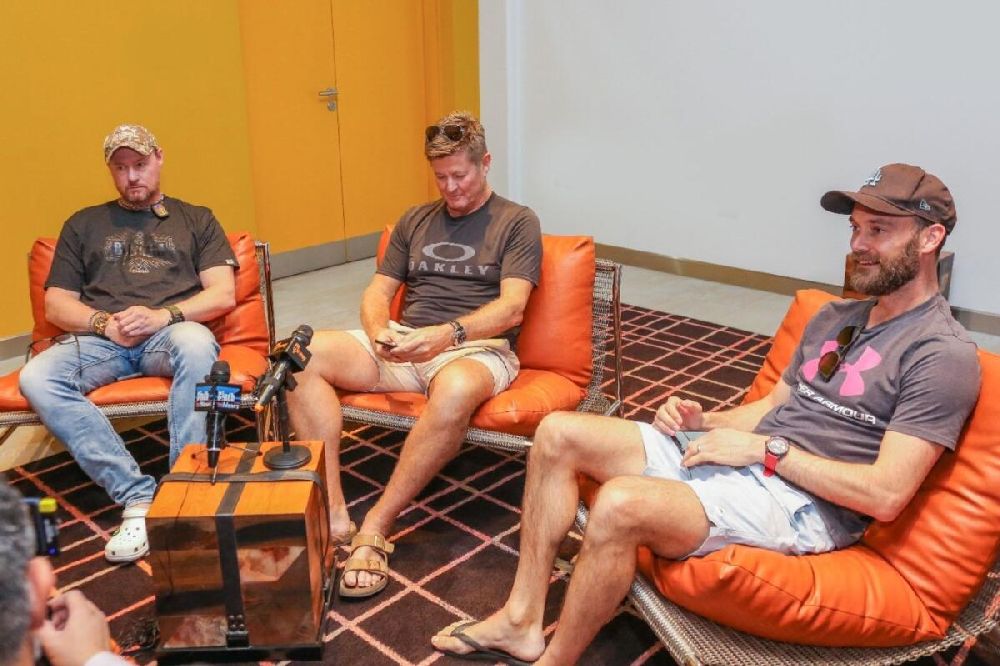 Morrisville SAMP Army head coach Lance Klusener said he is confident of winning the title in their first appearance at the Abu Dhabi T10.

“We signed a few good batsmen before the season and we also got quite a few good players at the draft to fill in the gap. So, I think it is a pretty much-balanced squad and we have a very good chance of mounting a serious challenge for the title,” he apprised.

SAMP Army is a US-based franchise and many of the players come from the US and Canada. Klusener hoped that the participation of a US team will help promote the game of cricket in the country, which is predominantly dominated by baseball, NBA and NFL.

“It is nice to have interest from the USA. Actually it took a little longer than I expected. When these guys will go back and spread the word about it, it will be a big boost for cricket in the USA.”

He also defended the decision to host the Abu Dhabi T10 simultaneously alongside FIFA World Cup 2022, which is under way in Qatar.

“I don’t think there is any other window available in the ICC calendar. As the World Cup has just got over, most of the teams are not playing and the players are free. So I believe it is the perfect time for AD T10,” he added.

“I believe even the World Cup in Australia was probably two month earlier in terms of the spring’s rain. I don’t think that leagues have too much to choose about in terms of timing,” he concluded.

“Even in T10 cricket, you need to play smart. You just cannot go out and hit every ball. If you do that there are chances you may lose wickets and get out early,” said Penny.

“T10 cricket has the potential to be cricket’s gateway to the Olympics. Because it is sharp, it is fast and it appeals to the people in the fast moving world,” he added.

Klusener also flayed the Protease for their below par performance in the recently concluded T20 World Cup in Australia.

South Africa, who were on course for a place in the semi-finals, failed to make it to the last four after their defeat against a lowly Netherlands.

Pakistan had been ruled out by experts for a place in the semis as they needed to win their match against Bangladesh and also hoped for South Africa-Netherlands’ result to go in their favour, which was, if not impossible but looked improbable.

But South Africa lived up to their billing of chokers and were defeated by less-fancied Netherlands, making way for Pakistan to book their berth in the semis and the rest is history.

“If you cannot beat the Netherlands, you don’t deserve to win the World Cup. No excuses,” said Klusener, who is the head coach of the SAMP Army, one of the teams in the Abu Dhabi T10 League.

SAMP Army is one the two teams, which have been added to the sixth edition of an extended Abu Dhabi T10 League, which will be held from Nov.23.

South Africa are also known as chokers owing to their poor record of faltering in the crucial matches and exiting the big tournaments. Since their comeback in international cricket in 1990, South Africa have always been a top contender in every edition of the World Cup but they could never lift the trophy.

“There is some kind of mental block. We need to win an ICC tournament to remove that block. Winning in the bilateral series is not going to help. We have to win the tournaments which consist of five-six teams to end the jinx,” he added.