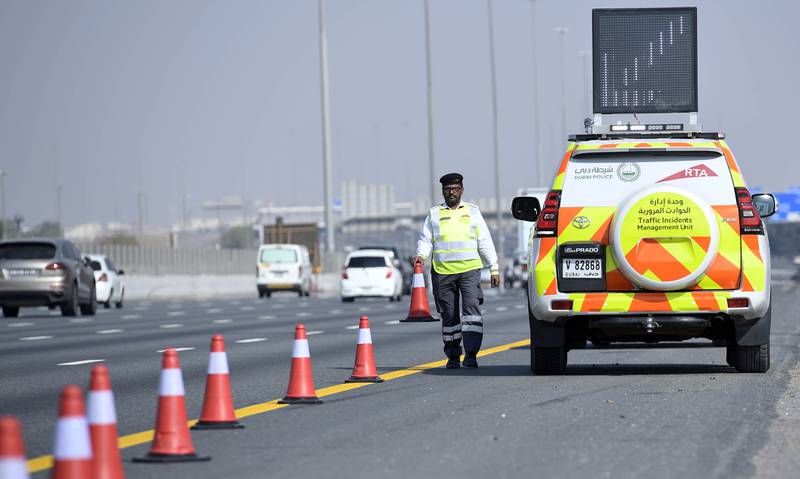 A number rapid intervention vehicles will be positioned on some of Dubai’s major roads to help streamline traffic and clean up operations at accident sites.

Emergency vehicles will be positioned on some of Dubai’s major roads to help streamline traffic and quickly clear accident sites.

The Roads and Transport Authority, with Dubai Police, will expand its traffic incidents unit to cover 15 roads extending 425km.

The vehicles will be able to reach most incident scenes in under 10 minutes.

The move aims to ensure rapid intervention to remove broken down vehicles or those involved in minor traffic accidents, ease traffic congestion, streamline traffic at accident sites, and cut the time of clearing vehicles involved in accidents.

In the second and third phases of the project, which will roll out in 2023 and 2024, the vehicles will service areas including Emirates Road, Dubai-Hatta Road, Umm Suqeim Street, Expo Road, and Hessa Street.

“The selection of roads was based on several criteria such as the intensity of traffic, especially during peak hours, and the high number of accidents and broken vehicles on the roads,” said Mattar Al Tayer, director general of the RTA.

“We have identified several central points for positioning rapid intervention vehicles on highways and key roads to ensure the arrival of vehicles to the site of incidents on these roads within 10 minutes.

“The Traffic Incidents Management Unit will handle minor incidents that do not require the attendance of police officers, clear vehicles involved in accidents or broken down and restore traffic to normal.”