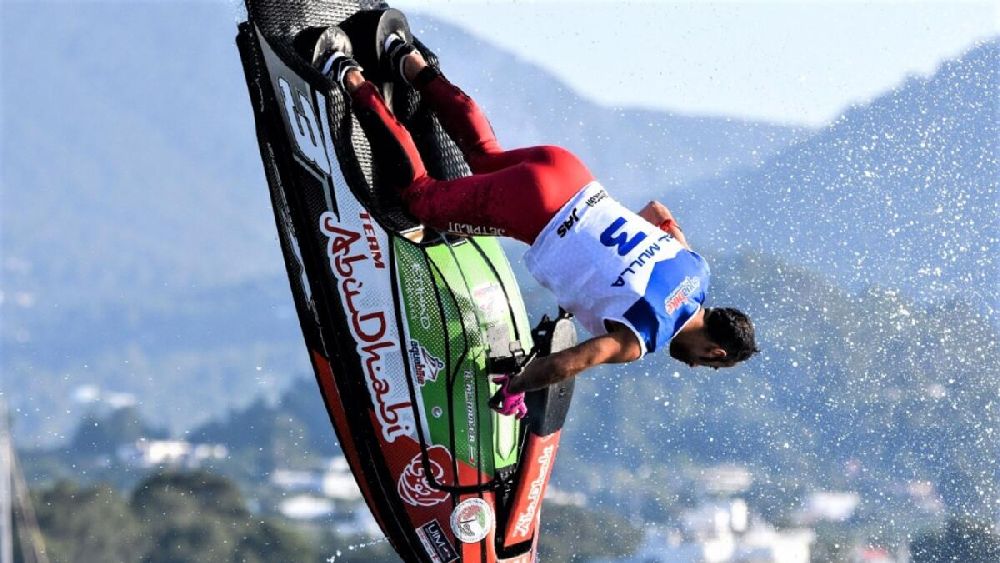 Rashid Al Mulla will need to thank a friend if the Team Abu Dhabi star clinches a fifth successive freestyle crown in the UIM-ABP Aquabike World Championship in Italy on Sunday night.

The Emirati, unbeaten for five years, had to miss Friday night’s pole position qualifier with engine problems as the Regione Sardegna Grand Prix of Italy got under way.

Al Mulla found a solution, borrowing a friend’s jet ski to allow him to take his place in the first competitive freestyle moto, bringing day two action to a conclusion in the coastal city of Olbia in north east Sardinia.

Roberto Mariani was the leading freestyle qualifier, but the Italian, and all other challengers, have been unable to prevent Al Mulla put together a run of 13 overall Grand Prix victories and 28 successive moto wins since 2017.

Mechanical issues permitting, Al Mulla will look to extend the longest winning sequence in international watersport when the final round of the 2022 Aquabike World Championship reaches its climax on Sunday night.