All the fun, fireworks and new stuff at the Zayed Festival, opening today

The festival dates have now been announced…

Held in the Al Wathba region of Abu Dhabi, the Sheikh Zayed Festival is a celebration of both UAE and world culture, and includes a collection of pavilions, parades, performances, food adventures, spectacular fireworks displays and interactive exhibitions that add up to a pretty incredible, fun old family day out.

The festival kicks off today, Friday November 18, 2022 with the good times set to roll for a full four months, coming to an end on March 18, 2023. The ticket price is still TBC but it’s usually only around Dhs5, we’ll update you as soon as the official cost is confirmed. You can book online via the zayedfestival.ae. 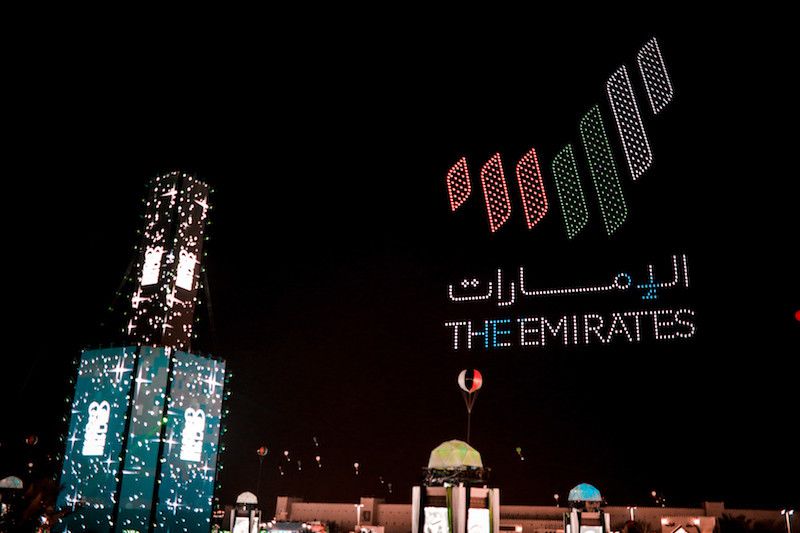 To kick this season off and set the tone for awe, guests will be treated to spectacular “Hayakum” or “Welcome” drone and fireworks shows.

As mentioned above, the festival offers a blended model of entertainment. There’s the fun side — the record breaking fireworks, the shows (some of the drone displays last year were nothing short of spectacular), confirmed for a return in 2022/23 — there are exhilarating rides and attractions of Fun Fair City; an ice rink; theatrical central Emirates Fountain plaza; the laser show; the petrol head favaourite — Al Wathba Custom Show; children’s theatre; a tasty compliment of dining adventures (including more than 60 restaurants and food trucks this year); an active zone run by Al Forsan Sports Resort which included karting, a paintball arena, assault course trials and more.

The other central theme of the Sheikh Zayed Festival is the celebration of the culture and heritage of the UAE. This is explored through performances, parades, pavillions and engaging interactive exhibits.

In addition to the various country pavillions, the Emirates Civilization Pavilions will help paint an animated tapestry of the life and history of the UAE, and the great works of the country’s visionary founding father, the late Sheikh Zayed bin Sultan Al Nahyan. The UAE District includes the Memory of the Nation Exhibition, the Traditional Customs Exhibition, Humanitarian Endeavors Exhibition, the Agricultural Oasis Exhibition, the Arabian Horse Exhibition, the Camel Exhibition and the Saluki Exhibition.