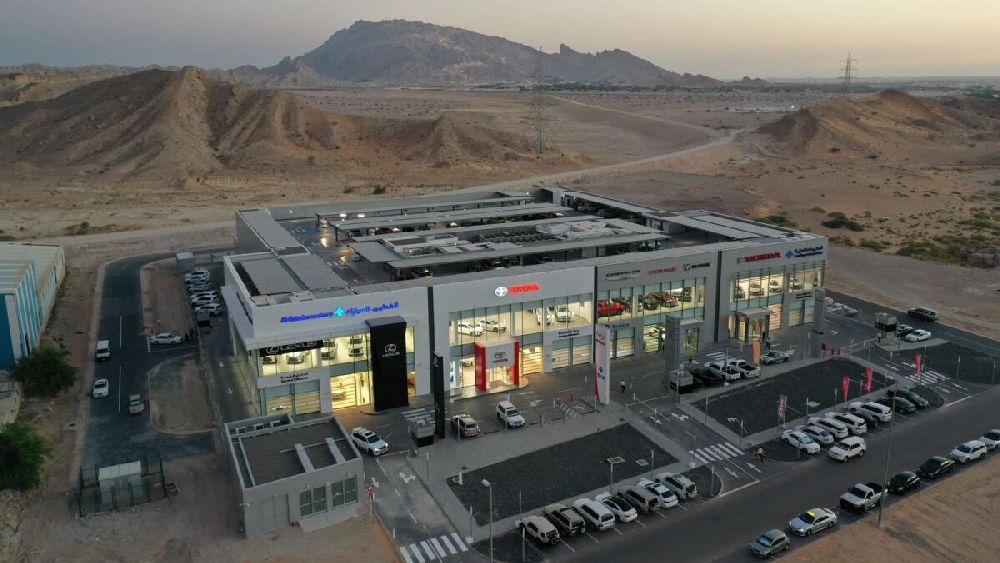 Amana has completed building the 14,000sqm Al-Futtaim Auto Park in Al Ain, which includes the installation of a solar photovoltaic (PV) system that is expected to generate 800MWh of energy.

The generated energy is equivalent to 5,571 trees grown over 10 years. Amana built the state-of-the-art Auto Park as a complete showroom and workshop for servicing motor vehicles, powered by renewable energy. Its 487.9kWp solar PV plan is expected to offset 334 metric tonnes of carbon dioxide during its first year of operation.

The project is the first automotive facility to operate all brands under one roof, as well as being the only multistory automotive facility in Al Ain which can hold almost 70 new and used cars on both floors. Its end-to-end offering includes commercial vehicles, in addition to passenger cars, new and used, for sale, leasing, and renting.

Jihad Bsaibes, CEO of Amana Contracting Group, said: “The Al-Futtaim Auto Park in Al Ain has become a signifier of a greener, smarter future for the nation. Building it with a solar PV system, we combined significant energy production with seamless architectural integration. Thus the project opens up new prospects for the deployment of renewable energy. Solar photovoltaic systems are a critical solution to help decarbonise the construction sector, responsible for more than one third of global annual greenhouse gas emissions.”

The UAE has ramped up nationwide efforts to increase its renewable energy capacity. The UAE’s Energy Strategy 2050 aims to increase the percentage of clean energy in the country’s energy mix to 50 per cent. The country is diversifying its energy mix, adding solar and nuclear sources to its grid, as it looks to free up crude for export. Abu Dhabi intends to generate half of its power requirements from clean energy sources by 2050.

With almost 500,000sqm of industrial buildings and associated rooftops constructed yearly, Amana Contracting and Steel Buildings is a pioneer in building rooftop solar power plants. Amana was one of the first contractors approved by the Dubai Electricity and Water Authority to provide installation and maintenance services for solar energy systems in early 2015.

. BMW has halted production at two German factories. Mercedes is slowing work at its assembly plants. Volkswagen, warning of production stoppages, is looking for alternative sources for parts. For more than...

. Dubai on Monday welcomed the UAE’s first ever electric vehicle manufacturing facility that is expected to produce 55,000 cars per year to meet the rising demand for green mobility and reducing...

. Emirates Motor Company, the authorised general distributor for Mercedes-Benz in the emirate of Abu Dhabi, opened the first-of-its-kind Mercedes-Benz Boutique showroom in Yas Mall in Abu Dhabi. The new, 360 square-metre...

. French carmaker Renault announced in a statement Wednesday that it has suspended all activities at its Moscow factory after Ukrainian leaders have called for a boycott against the company, accusing Renault...