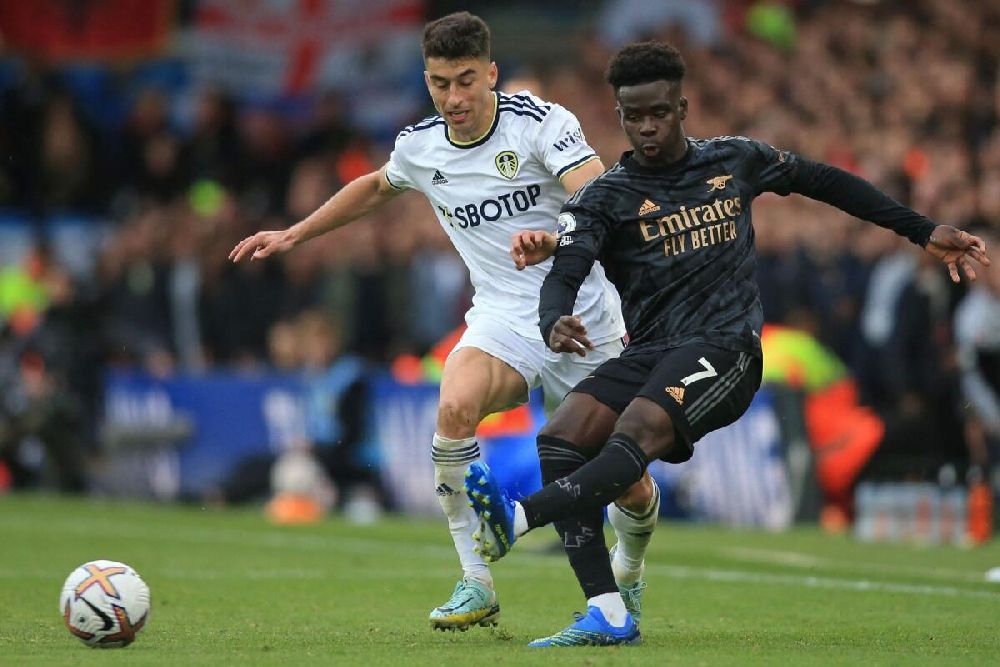 Arsenal handed Leeds United their first home loss of the season with a gritty 1-0 victory in a frantic game at Elland Road on Sunday to remain top of the Premier League with their best ever start to a season.

Bukayo Saka’s first-half goal was enough to give Arsenal a spirited victory against an eager Leeds side, marking the first time in the North London club’s history that they have won nine of their opening 10 games in a top-flight season.

Saka opened the scoring for Arsenal against the run of play in the 35th minute when he latched onto Martin Odegaard’s through-ball to smash a shot over goalkeeper Illan Meslier’s head from a narrow angle.

The result left Arsenal on 27 points from 10 games, four ahead of Manchester City lost to Liverpool on Sunday.

“My heart is still racing but I’m just really happy to get the three points,” Saka told Sky Sports. “It was a really tough game. Leeds did well, especially in the second half, and they put a lot of pressure on us.

“Big momentum for us, we’ve won another game. We need to keep this going and today we showed we can win no matter what.”

In a match that was suspended for 38 minutes shortly after kickoff due to a power cut at the stadium, Arsenal were under intense pressure from an energetic Leeds side who pressed hard for 90 minutes and never let the visitors settle down.

Arsenal failed to produce anything of note in the second half but did enough to stop the waves of Leeds attacks, with goalkeeper Aaron Ramsdale making four saves and even one tackle in the game.

“It was a really good performance from us. Discipline, concentration over the entire match even with the late start,” Marsch added after the result left Leeds 15th in the table on nine points from nine games.

“A performance that showed that when we play the way we want to play, we can be very good. That’s the best team in the league right now and today we were better.”