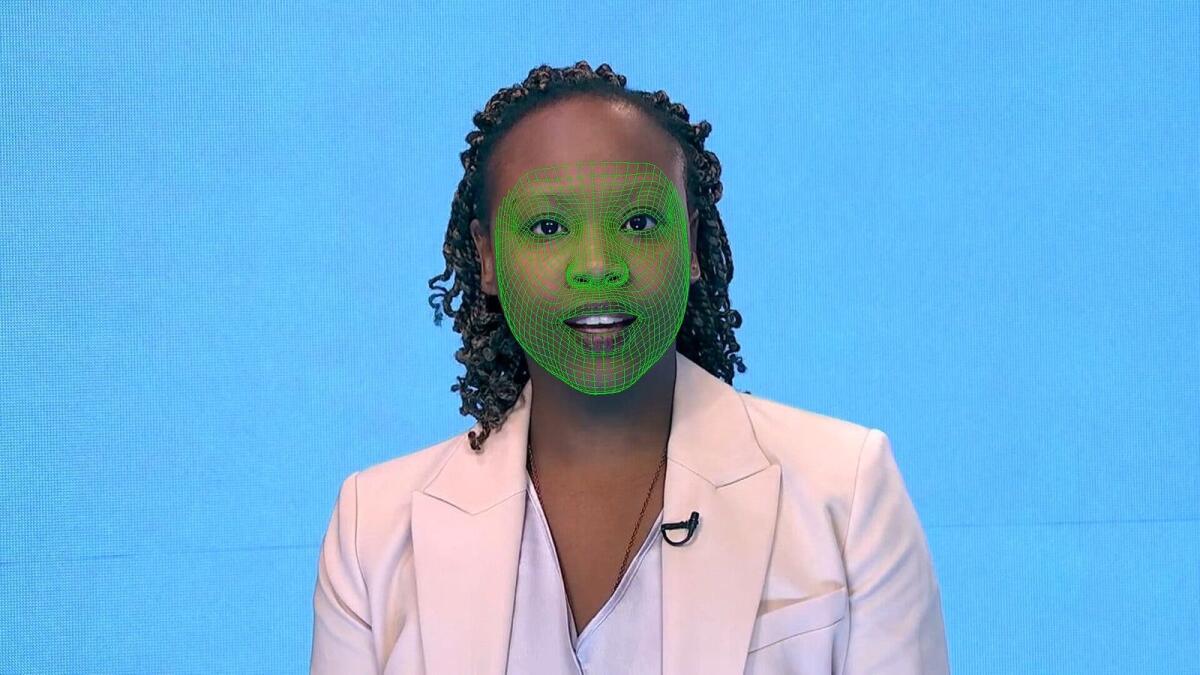 Deepfake technology — software that allows people to swap faces, voices and other characteristics to create digital forgeries — has been used in recent years to make a synthetic substitute of Elon Musk that shilled a cryptocurrency scam, to digitally “undress” more than 100,000 women on Telegram and to steal millions of dollars from companies by mimicking their executives’ voices on the phone.

In most of the world, authorities can’t do much about it. Even as the software grows more sophisticated and accessible, few laws exist to manage its spread.

China hopes to be the exception. This month, the country adopted expansive rules requiring that manipulated material have the subject’s consent and bear digital signatures or watermarks, and that deepfake service providers offer ways to “refute rumours.”

But China faces the same hurdles that have stymied other efforts to govern deepfakes: The worst abusers of the technology tend to be the hardest to catch, operating anonymously, adapting quickly and sharing their synthetic creations through borderless online platforms. China’s move has also highlighted another reason that few countries have adopted rules: Many people worry that the government could use the rules to curtail free speech.

But simply by forging ahead with its mandates, tech experts said, Beijing could influence how other governments deal with the machine learning and artificial intelligence that power deepfake technology. With limited precedent in the field, lawmakers around the world are looking for test cases to mimic or reject.

“The AI scene is an interesting place for global politics, because countries are competing with one another on who’s going to set the tone,” said Ravit Dotan, a postdoctoral researcher who runs the Collaborative AI Responsibility Lab at the University of Pittsburgh. “We know that laws are coming, but we don’t know what they are yet, so there’s a lot of unpredictability.”

Deepfakes hold great promise in many industries. Last year, Dutch police revived a 2003 cold case by creating a digital avatar of the 13-year-old murder victim and publicizing footage of him walking through a group of his family and friends in the present day. The technology is also used for parody and satire, for online shoppers trying on clothes in virtual fitting rooms, for dynamic museum dioramas and for actors hoping to speak multiple languages in international movie releases. Researchers at the Massachusetts Institute of Technology Media Lab and Unicef used similar techniques to study empathy by transforming images of North American and European cities into the battle-scarred landscapes caused by the Syrian war.

But problematic applications are also plentiful. Legal experts worry that deepfakes could be misused to erode trust in surveillance videos, body cameras and other evidence. (A doctored recording submitted in a British child custody case in 2019 appeared to show a parent making violent threats, according to the parent’s lawyer.) Digital forgeries could discredit or incite violence against police officers, or send them on wild goose chases. The Department of Homeland Security has also identified risks including cyberbullying, blackmail, stock manipulation and political instability.

Some experts predict that as much as 90% of online content could be synthetically generated within a few years.

The increasing volume of deepfakes could lead to a situation where “citizens no longer have a shared reality, or could create societal confusion about which information sources are reliable; a situation sometimes referred to as ‘information apocalypse’ or ‘reality apathy,’” the European law enforcement agency Europol wrote in a report last year.

British officials last year cited threats such as a website that “virtually strips women naked” and that was visited 38 million times in the first eight months of 2021. But there and in the European Union, proposals to set guardrails for the technology have yet to become law.

Attempts in the United States to create a federal task force to examine deepfake technology have stalled. Rep. Yvette D. Clarke, D-N.Y., proposed a bill in 2019 and again in 2021 — the Defending Each and Every Person From False Appearances by Keeping Exploitation Subject to Accountability Act — that has yet to come to a vote. She said she planned to reintroduce the bill this year.

Clarke said her bill, which would require deepfakes to bear watermarks or identifying labels, was “a protective measure.” By contrast, she described the new Chinese rules as “more of a control mechanism.”

“Many of the sophisticated civil societies recognize how this can be weaponized and destructive,” she said, adding that the United States should be bolder in setting its own standards rather than trailing another front-runner.

“We don’t want the Chinese eating our lunch in the tech space at all,” Clarke said. “We want to be able to set the baseline for our expectations around the tech industry, around consumer protections in that space.”

But law enforcement officials have said the industry is still unable to detect deepfakes and struggles to manage malicious uses of the technology. A lawyer in California wrote in a law journal in 2021 that certain deepfake rules had “an almost insurmountable feasibility problem” and were “functionally unenforceable” because (usually anonymous) abusers can easily cover their tracks.

The rules that do exist in the United States are largely aimed at political or pornographic deepfakes. Marc Berman, a Democrat in California’s state Assembly who represents parts of Silicon Valley and has sponsored such legislation, said he was unaware of any efforts to enforce his laws via lawsuits or fines. But he said that, in deference to one of his laws, a deepfaking app had removed the ability to mimic President Donald Trump before the 2020 election.

Only a handful of other states, including New York, restrict deepfake pornography. While running for reelection in 2019, Houston’s mayor said a critical ad from a fellow candidate broke a Texas law that bans certain misleading political deepfakes.

“Half of the value is causing more people to be a little bit more skeptical about what they’re seeing on a social media platforms and encourage folks not to take everything at face value,” Berman said.

But even as technology experts, lawmakers and victims call for stronger protections, they also urge caution. Deepfake laws, they said, risk being both overreaching but also toothless. Forcing labels or disclaimers onto deepfakes designed as valid commentary on politics or culture could also make the content appear less trustworthy, they added.

Digital rights groups such as the Electronic Frontier Foundation are pushing legislators to relinquish deepfake policing to tech companies, or to use an existing legal framework that addresses issues such as fraud, copyright infringement, obscenity and defamation.

“That’s the best remedy against harms, rather than the governmental interference, which in its implementation is almost always going to capture material that is not harmful, that chills people from legitimate, productive speech,” said David Greene, a civil liberties lawyer for the Electronic Frontier Foundation.

Several months ago, Google began prohibiting people from using its Colaboratory platform, a data analysis tool, to train AI systems to generate deepfakes. In the fall, the company behind Stable Diffusion, an image-generating tool, launched an update that hamstrings users trying to create nude and pornographic content, according to The Verge. Meta, TikTok, YouTube and Reddit ban deepfakes that are intended to be misleading.

But laws or bans may struggle to contain a technology that is designed to continually adapt and improve. Last year, researchers from the RAND Corp. demonstrated how difficult deepfakes can be to identify when they showed a set of videos to more than 3,000 test subjects and asked them to identify the ones that were manipulated (such as a deepfake of climate activist Greta Thunberg disavowing the existence of climate change).

Initiatives from companies such as Microsoft and Adobe now try to authenticate media and train moderation technology to recognize the inconsistencies that mark synthetic content. But they are in a constant struggle to outpace deepfake creators who often discover new ways to fix defects, remove watermarks and alter metadata to cover their tracks.

“There is a technological arms race between deepfake creators and deepfake detectors,” said Jared Mondschein, a physical scientist at RAND. “Until we start coming up with ways to better detect deepfakes, it’ll be really hard for any amount of legislation to have any teeth.”