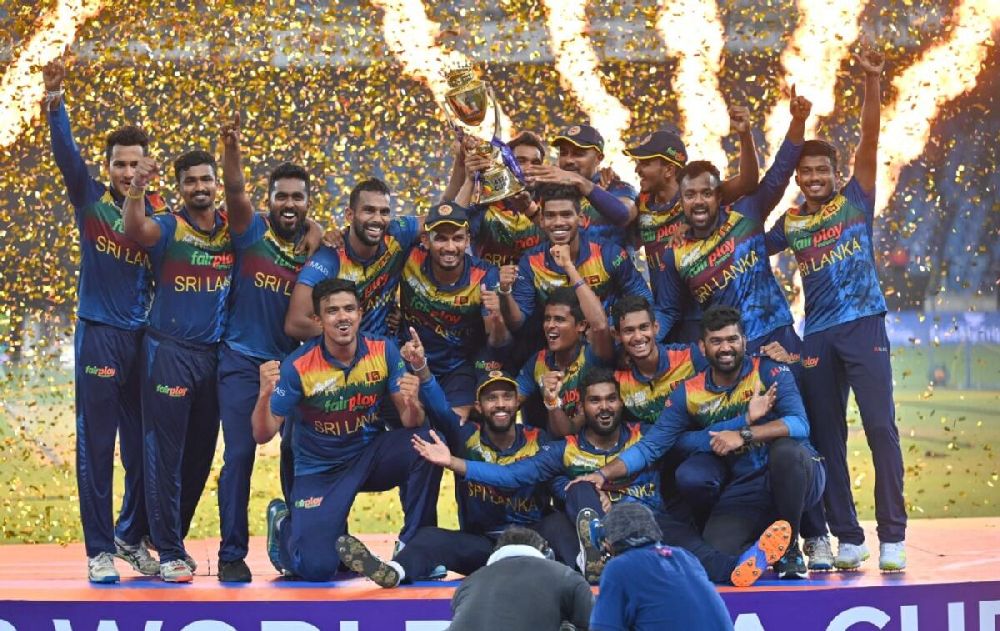 Chasing 171, Pakistan suffered a stunning batting collapse as the Lankans restricted them to 147 all out in 20 overs for their sixth Asia Cup title.

Earlier Sri Lanka, after being put into bat, staged a brilliant fightback to make 170 for six in 20 overs.

Bhanuka Rajapaksa (71 not out off 45 balls) played a blinder and shared a 58-run partnership with Wanindu Hasaranga (36 off 21 balls) to revive the Sri Lankan batting after they were reduced to 58 for five inside eight overs. 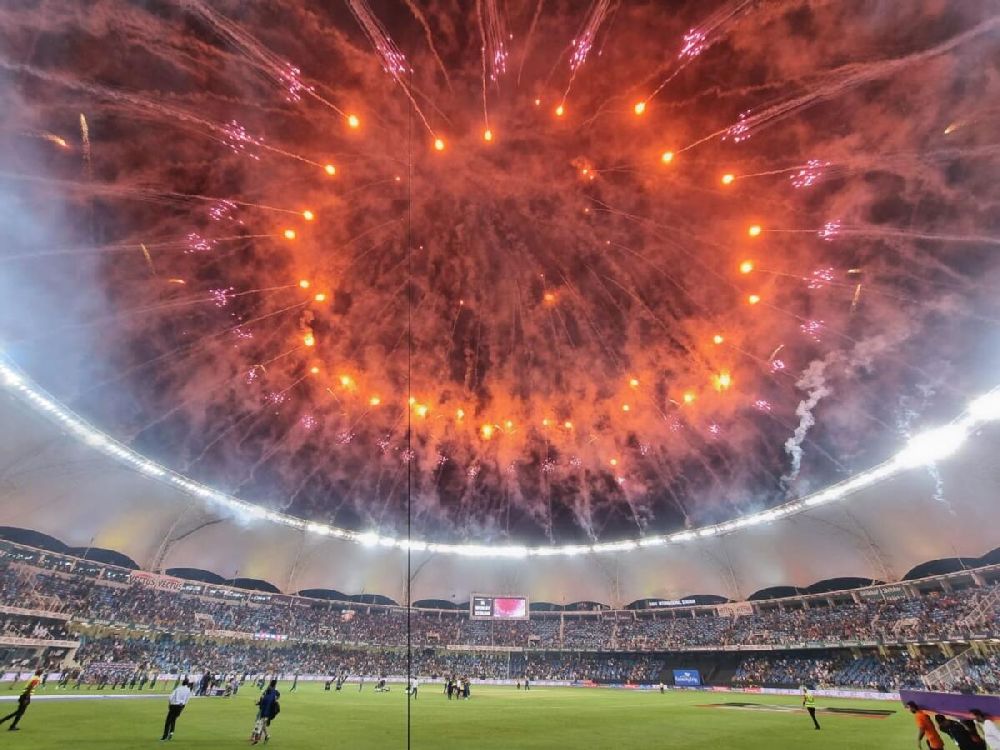 Pace bowler Haris Rauf took three wickets for 29 runs from four overs after Naseem Shah (4-0-40-1) gave Pakistan a dream start by bowling Kusal Mendis for a golden duck in the first over. 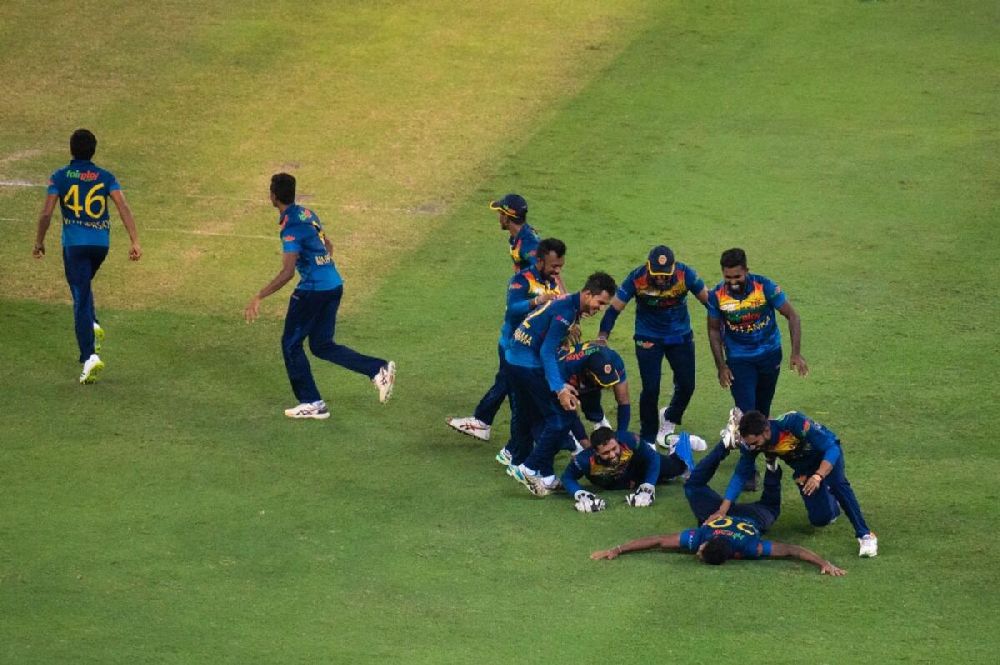 But Rajapaksa and Hasaranga launched a blistering counterattack to turn the match on its head.

Rauf did bring Pakistan back into the contest when he had Hasaranga caught behind in the 15th overs. 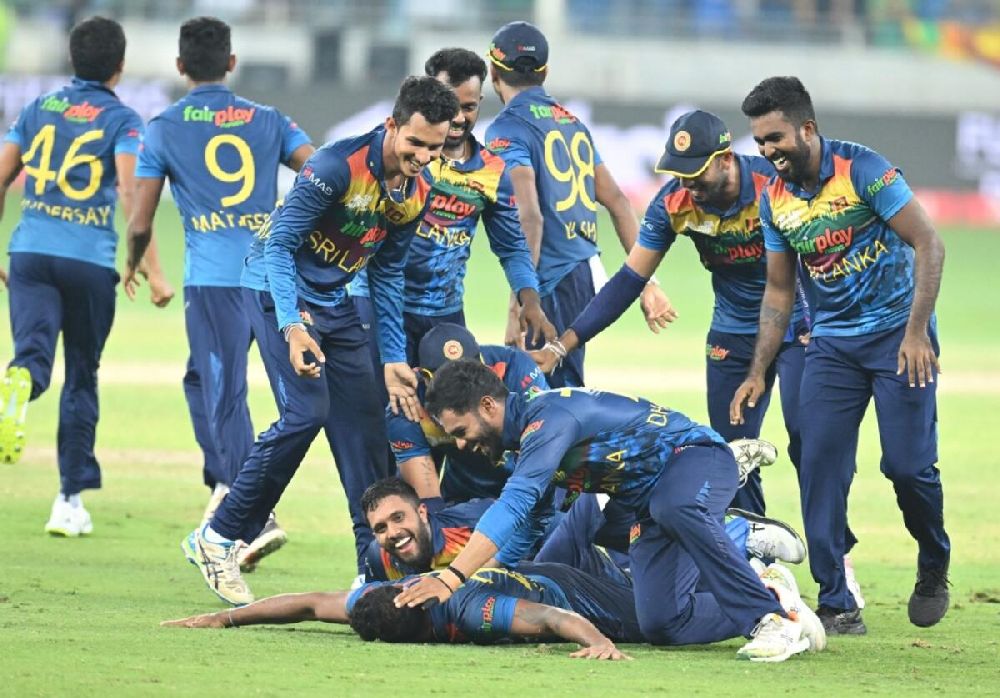 But Rajapaksa found good support from Chamika Karunaratne (14 not out) as the left-hander ruined Naseem’s bowling figures with inventive stroke-play in the last over as Sri Lanka went from 155 for six in the 19 overs to 170 for six at the end of their innings.