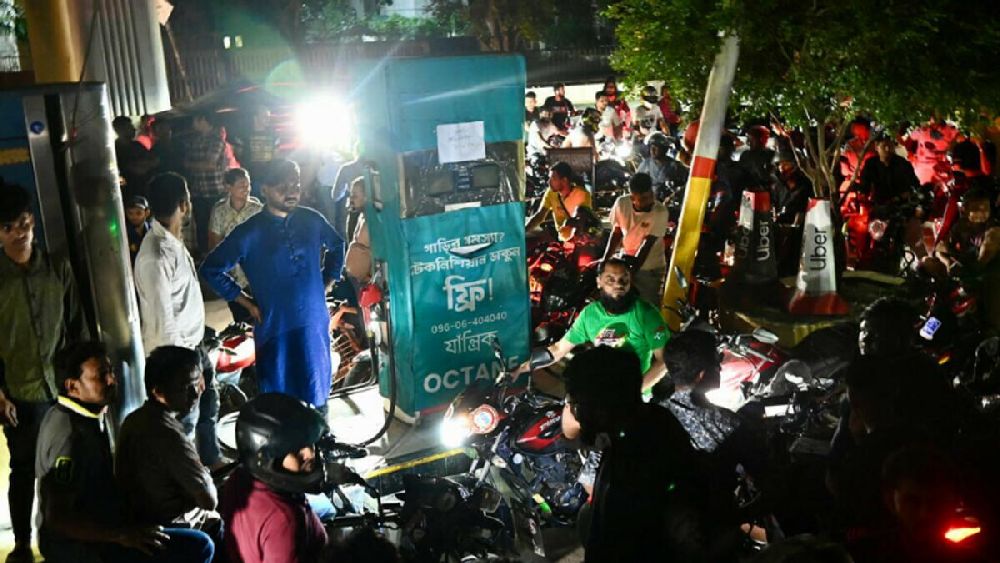 Thousands of Bangladeshis besieged fuel stations across the country after the government raised prices by as much as 52 per cent, the largest jump on record, on the back of higher oil prices.

Russia’s attack on Ukraine has seen global energy prices soar, though oil has fallen back in recent weeks as recession fears mount.

Dhaka announced Friday that the price of petrol was going up by 51.7 per cent and diesel by 42.5 per cent from midnight.

Motorcycle riders raced to fuel stations nationwide to try and fill up before the price rise went into effect. Some stations paused sales, and sporadic protests broke out.

Demonstrators said the increases would disproportionately hit the country’s tens of millions of poor people, who use diesel to power transport and farming irrigation pumps.

“People gathered and protested in front of all the fuel pumps in Sylhet city.”

There were similar protests in other cities.

“Some adjustments have to be made in view of the global situation. If the situation normalises, the fuel prices will be revised accordingly,” he said.

Bangladesh has been hit by higher energy prices in the wake of the crisis in Ukraine, spurring a struggle to source fuel for power stations.

Diesel power plants accounting for 1,500 megawatts of generation capacity – 10 per cent of the total – have been taken offline, as have some gas-fired plants.

In recent weeks, electricity blackouts of up to 13 hours a day have resulted.

Dhaka has asked the International Monetary Fund for $4.5 billion, the Daily Star newspaper reported, after a visit by representatives of the Washington-based lender.

The Bangladeshi taka has declined by around 20 per cent against the dollar in the past three months, further weakening the nation’s finances – with the current account deficit hitting $17 billion.