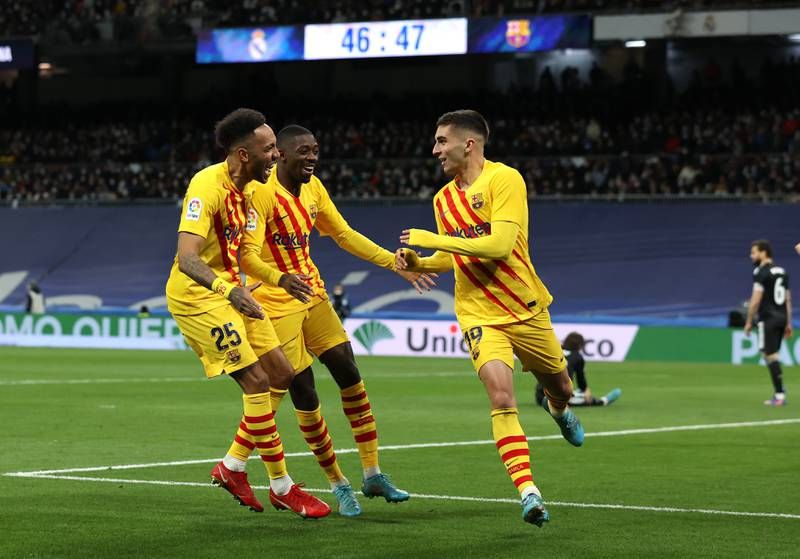 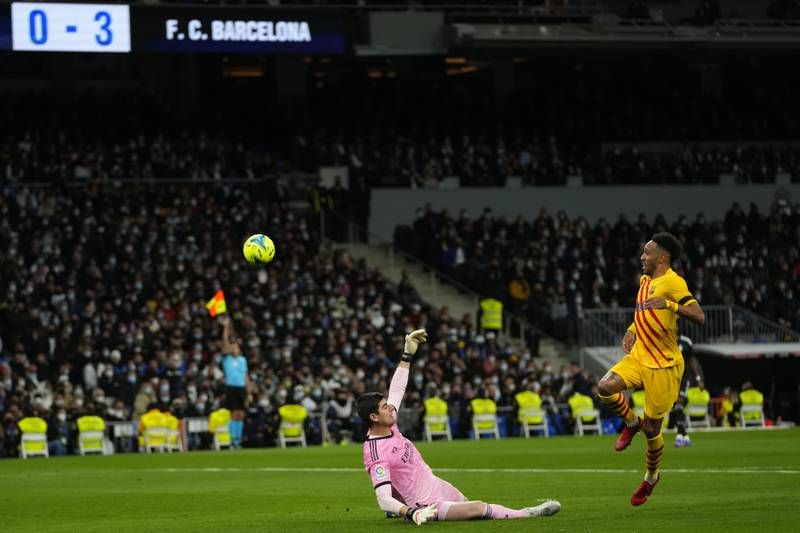 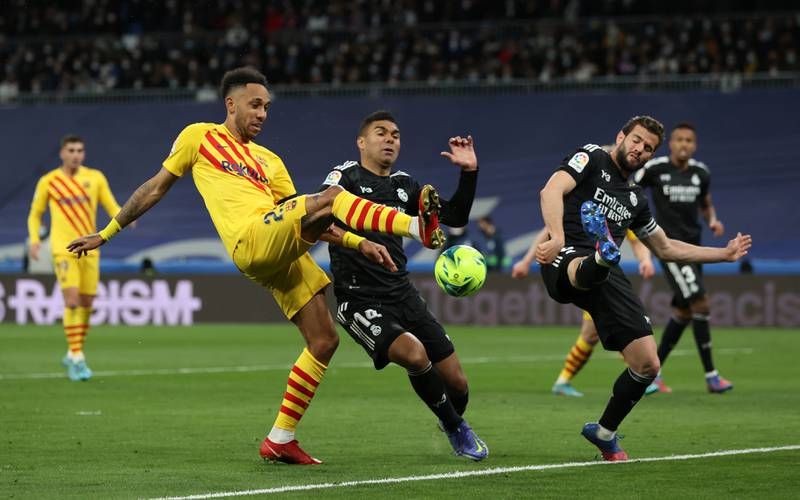 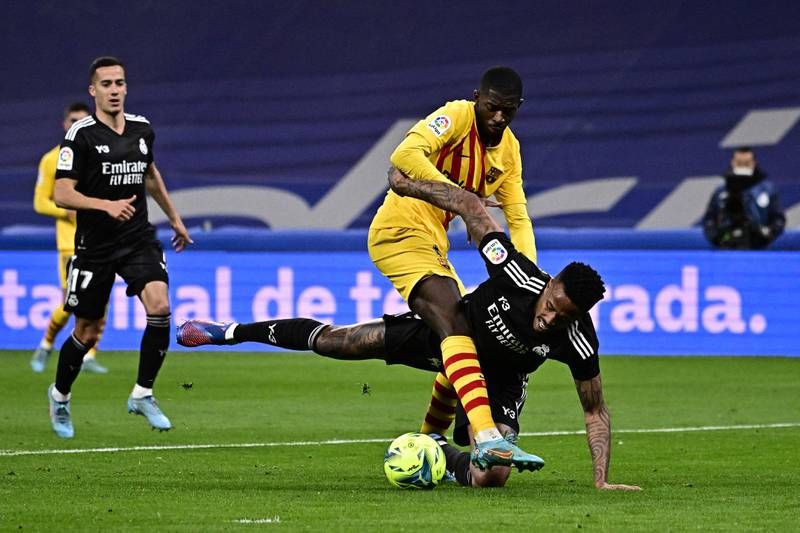 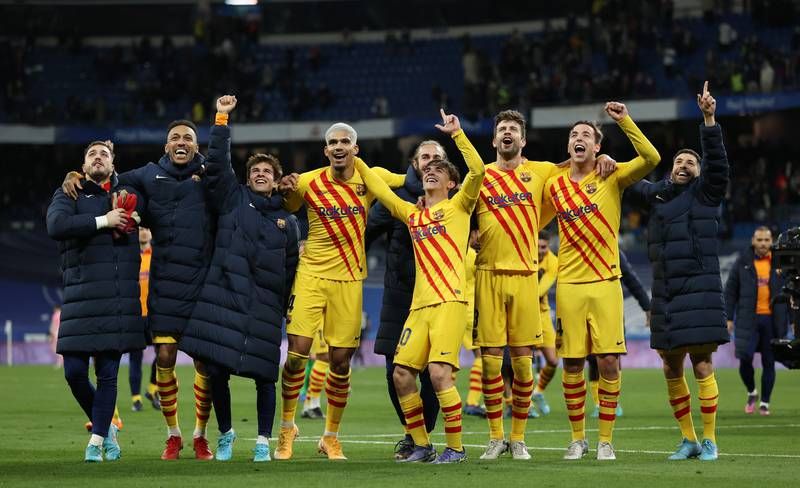 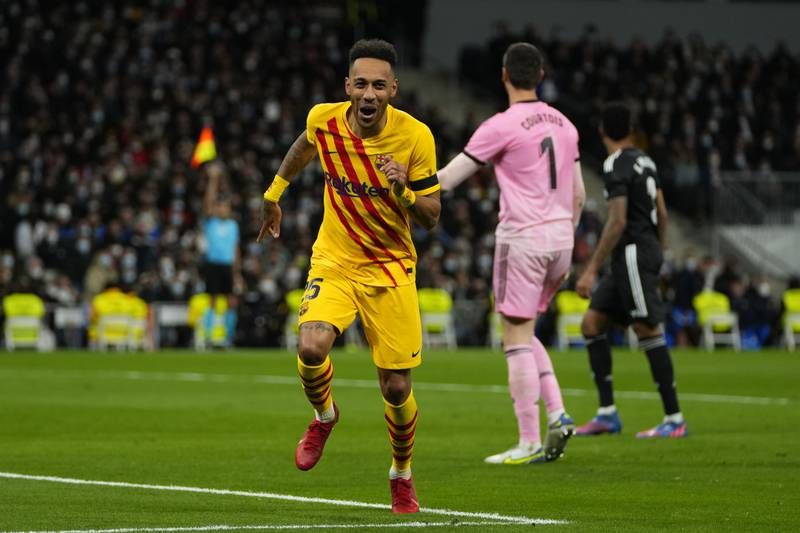 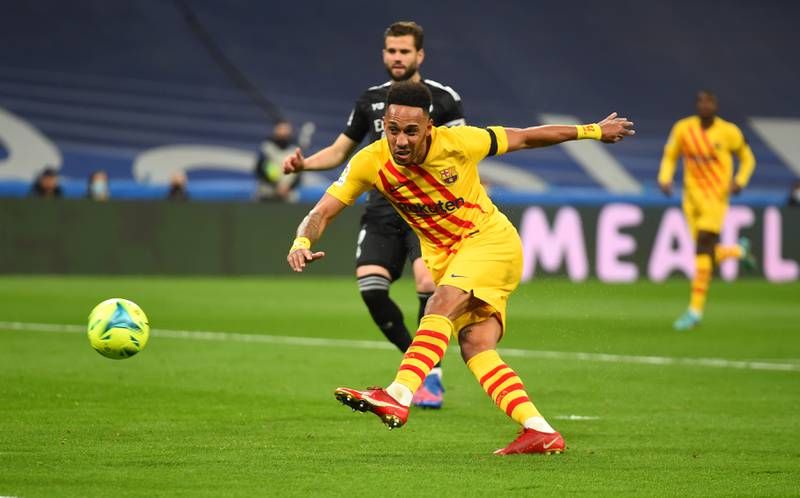 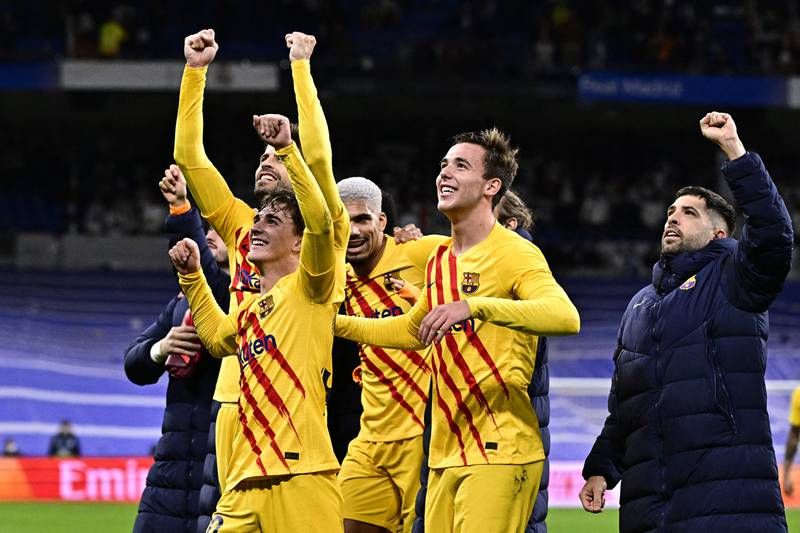 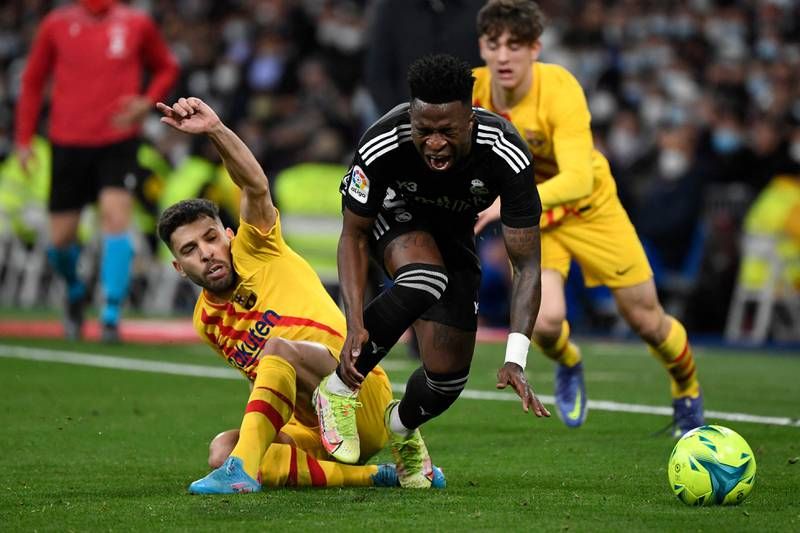 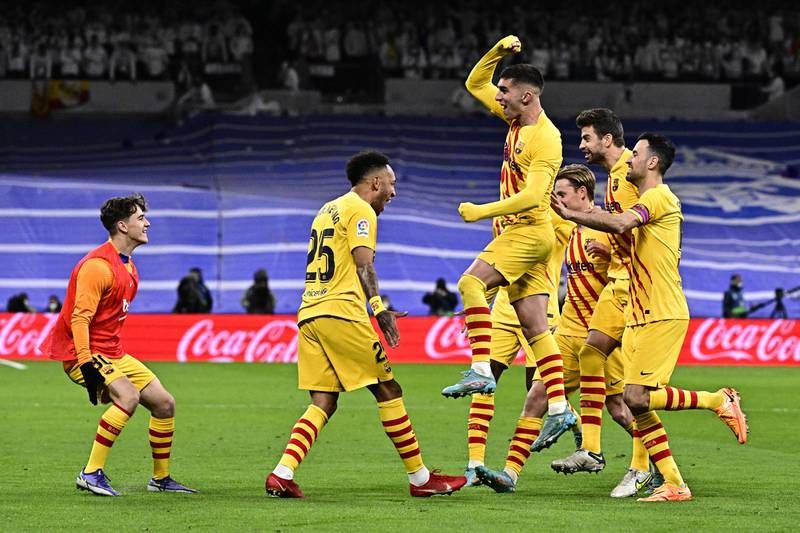 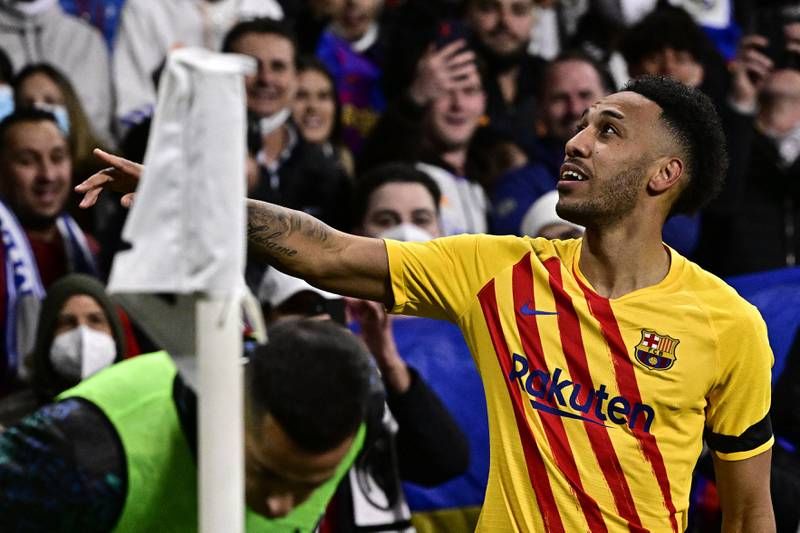 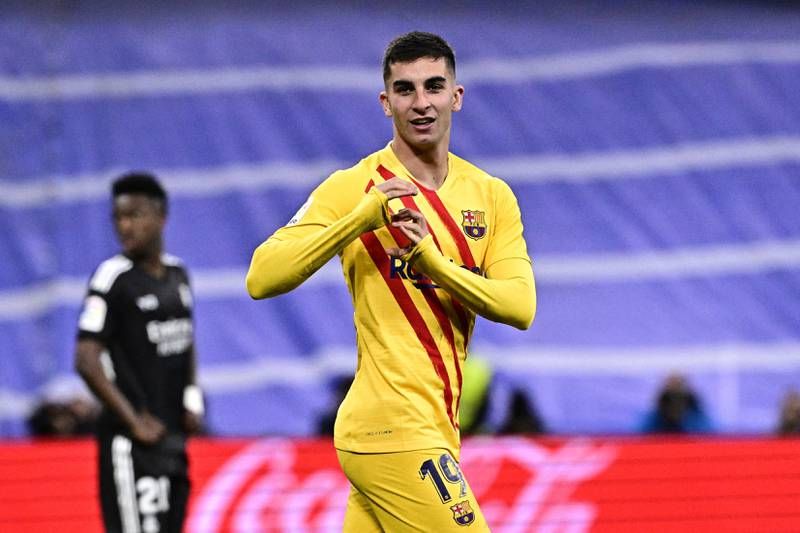 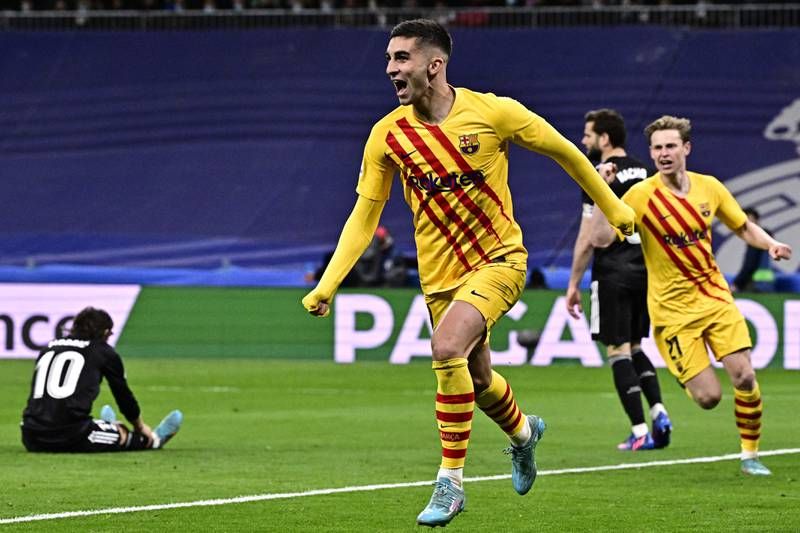 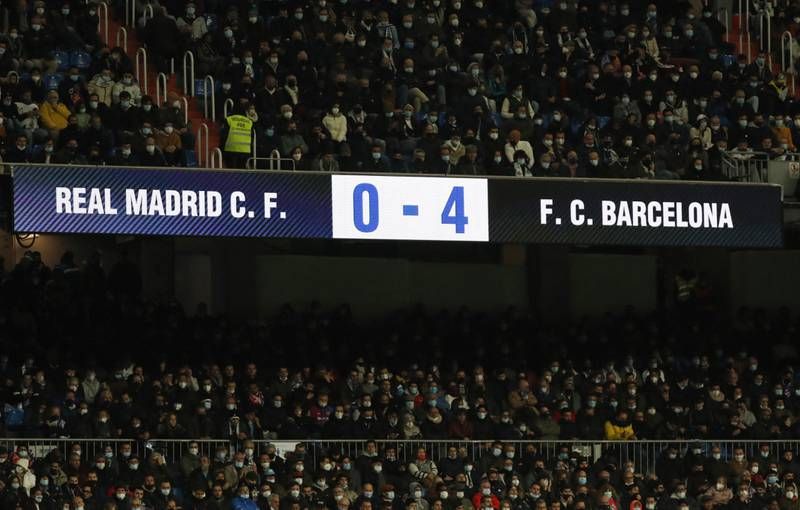 Barcelona manager Xavi Hernandez said his team’s 4-0 thrashing of rivals Real Madrid on Sunday could be a significant turning point for the club after a few years that has seen the Catalans regress.

Barcelona blew Madrid away inside the Santiago Bernabeu as Pierre-Emerick Aubameyang scored twice either side of goals from Ronald Araujo and Ferran Torres. 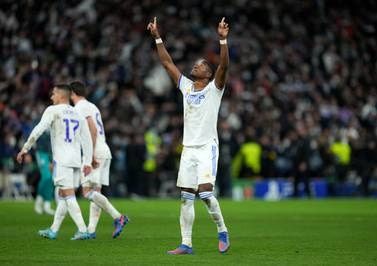 The match was billed as a test of Barca’s progress under Xavi and they passed with flying colours, a humiliation of their fiercest rivals suggesting they are primed to challenge again for La Liga next season. Talk of titles appeared way off when Barca, under former manager Ronald Koeman, had slumped to ninth in the table after a raft of senior players, chief among them Lionel Messi, had departed amid the club’s crippling financial problems.

“It can change the dynamics of the present and the future,” said Xavi, who replaced Koeman in November. “We had lots of chances and we were much better than Madrid, far superior. We deserved to score so many goals.”

Asked if it meant Barcelona are now back, Xavi said: “It can be. This is the right path.”

While the result might have little bearing on the title race this term – Barcelona still trail Real by 12 points albeit with a game in hand – a defeat of this magnitude, at home, and against their biggest rivals, will cause serious reverberations at Real Madrid.

It will go down with other historic Clasico thrashings, like when Barca won 6-2 at Real Madrid in 2009 under Pep Guardiola or 5-0 at home two years later.

Questions will be asked about Carlo Ancelotti’s future, with Madrid outplayed tactically and technically by Xavi’s Barca, who were faster, slicker and, perhaps most worryingly, could easily have won by more.

“We played badly and I planned the game badly,” Ancelotti said. “I am sorry for the defeat and I am sad. But we have to keep it in perspective.” 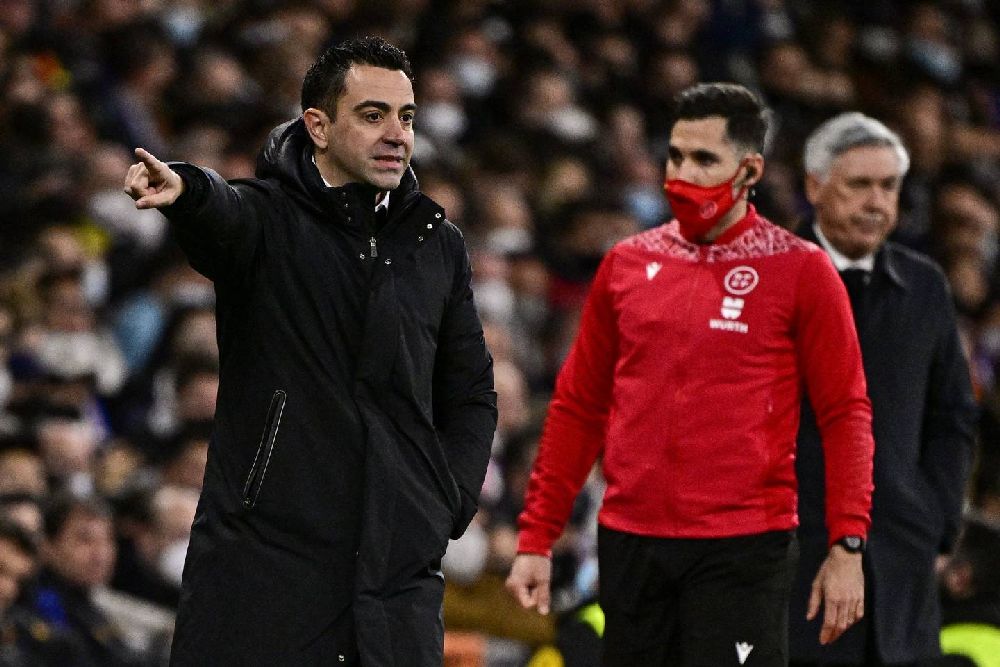 Xavi described his Barcelona team as ‘far superior’ to Real Madrid on the night. AFP

Madrid were admittedly without the injured Karim Benzema and Ferland Mendy while there could have been a degree of complacency, given they kicked off nine points clear at the top of the table after Sevilla were held to a goalless draw by Real Sociedad.

But none of that will excuse a loss as dramatic as this one, the only relief now that it will take something monumental for Barcelona to challenge Real for the title.

Aubameyang’s double means he now has nine goals in 11 games for Barcelona since arriving from Arsenal and the Gabon striker is looking like a superb January signing.

Pedri was outstanding again too, but this was a night for the bigger picture, as Barcelona’s revival made its biggest statement so far. 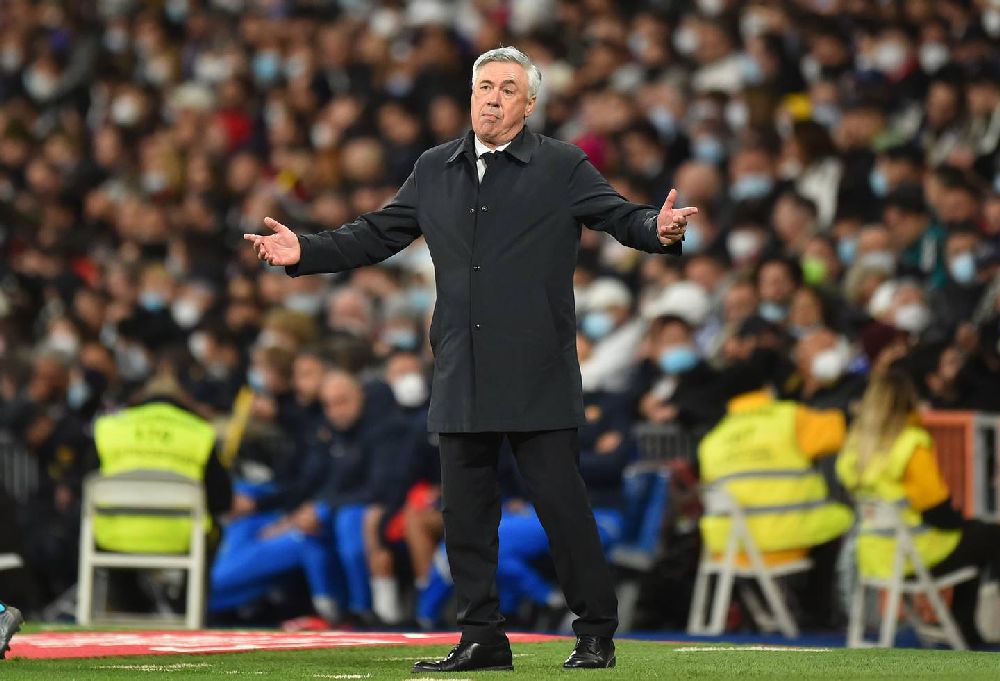 Real Madrid manager Carlo Ancelotti said he was to blame for his team’s defeat to Barcelona. Getty Images

After five consecutive losses to Madrid, a win of any kind was the next step for Barca but a hammering like this could be transformative, delivering a huge boost to confidence, vindication of Xavi’s project and optimism for next season all in one fell swoop.

Eder Militao clattered Pedri in the opening minute and that was about as close as Real Madrid got to him all game.

Soon, the chances started coming for Barca as Torres pulled back for Aubameyang but he scuffed straight at Thibaut Courtois, who then had to palm wide a curling effort from Ousmane Dembele.

Barca’s dominance was growing and in the 29th minute they scored, Dembele racing round the outside of Nacho Fernandez and crossing for Aubameyang to head in. 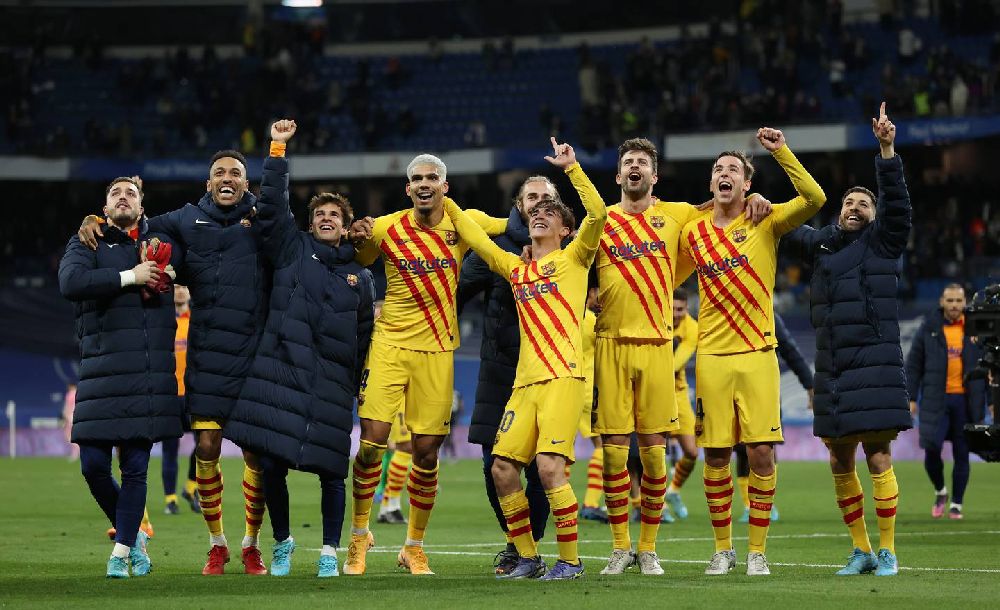 Vinicius Junior might have changed the game if he had converted after being sent through but a heavy touch allowed Marc-Andre ter Stegen to save. Instead, Barcelona doubled their lead when Ronald Araujo headed in from a corner before half-time and after it, the humiliation began.

David Alaba and Militao both committed themselves to sliding tackles and both missed, Aubameyang executing a superb flicked pass to Torres, who made no mistake.

Worse was to come, as Pique’s ball over the top allowed Aubameyang to scoop in a brilliant finish for a fourth in the 51st minute. Madrid thought they were spared by the offside flag but VAR intervened and the goal stood.

Aubameyang, Torres and Dembele could all have furthered the embarrassment for Madrid, the latter poking wide after skipping in behind and holding off Militao. By then, Aubameyang had gone off, the victory already complete and the stadium quickly emptying.