Portuguese midfielder has an option to add another year to deal 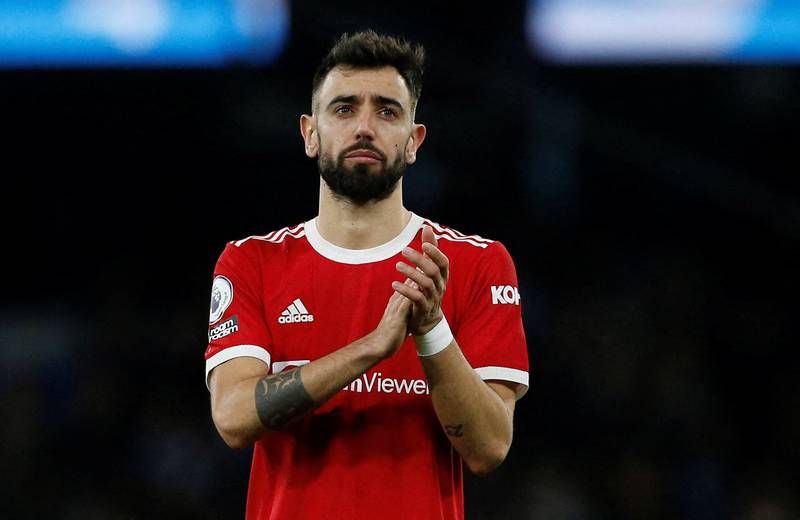 Manchester United’s Bruno Fernandes has extended his contract with the club. Reuters

Manchester United midfielder Bruno Fernandes has signed a new contract until June 2026 with an option to extend it for another year, the Premier League club announced on Friday.

The Portuguese international joined United from Sporting in January 2020 and has become a key player at the club. 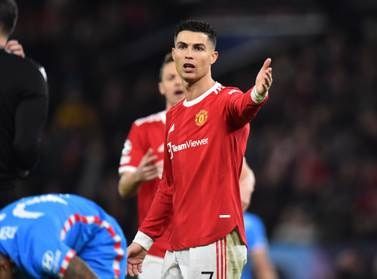 The 27-year-old has scored 49 goals and made 39 assists in 117 appearances in all competitions for United, although his form has dipped this season alongside the fortunes of the club.

Manchester United face another trophy-less season and face a tough task in their quest for a top four finish. They hope Fernandes will now be in a better frame of mind after signing the contract and having helped Portugal seal a spot in this year’s World Cup; Fernandes scored a brace in their victory against North Macedonia in the European qualifiers.

“Even after two years, it still feels amazing to step out at Old Trafford, to hear the fans sing my song and to score in front of the Stretford End,” Fernandes said.

“There is so much more that I want to achieve here, and I know that is the same for the rest of the squad and staff. More than anything, we want to give the fans the success that they deserve.

“We have shared some great moments over the last years, but the best is yet to come from myself and this team.”

“Bruno’s work rate, dedication and fantastic attitude are exactly what we want from a Manchester United player,” Murtough said. “Bruno, like everyone across the football club, remains hugely ambitious and determined to deliver sustained success on the pitch to get us back to challenging for titles.”

Manchester United are sixth in the league on 50 points after 29 matches and they host Leicester City on Saturday. Their trophy hunt ended last month when they crashed out of the Champions League. 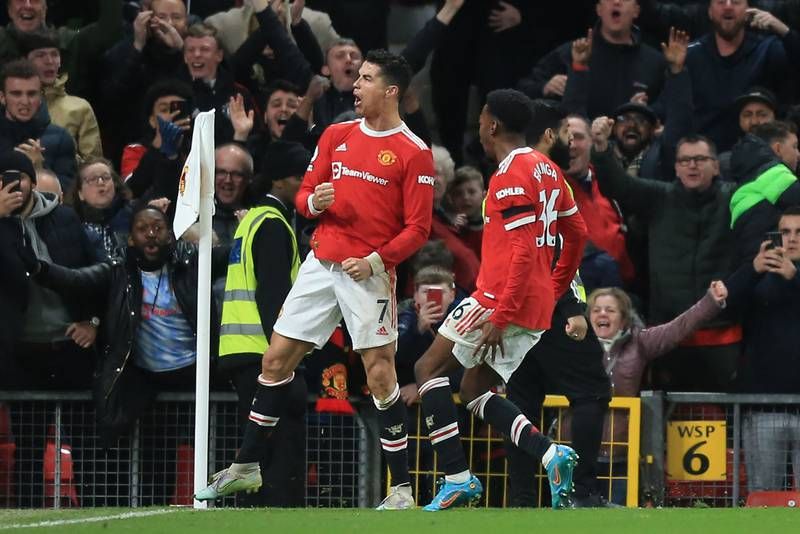 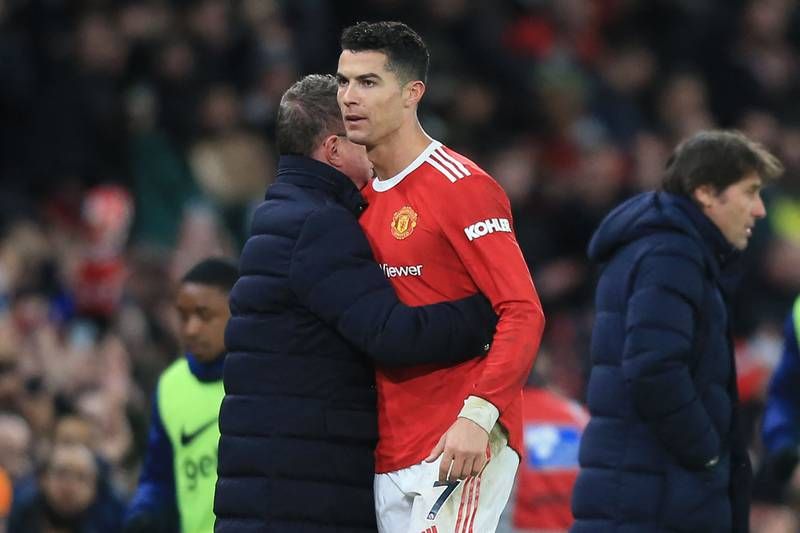 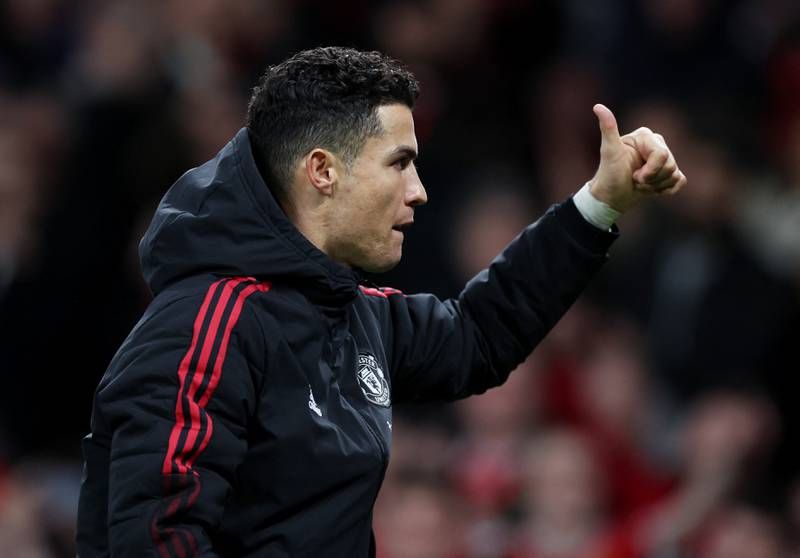 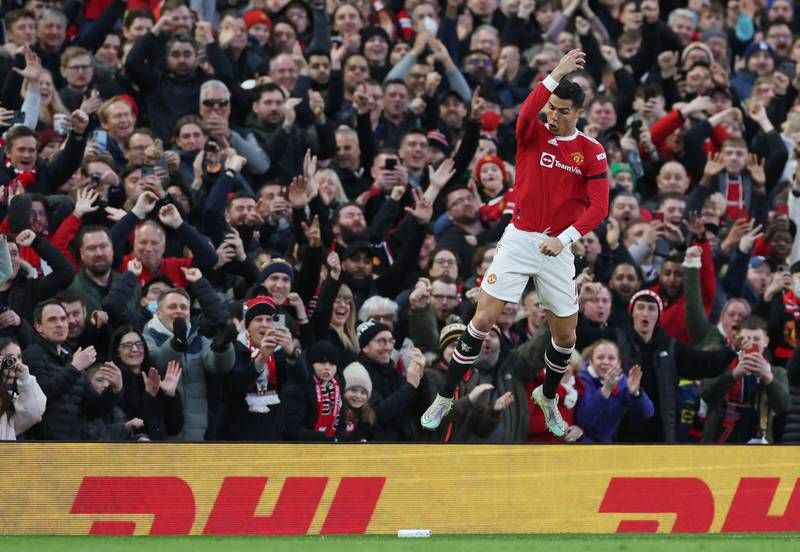 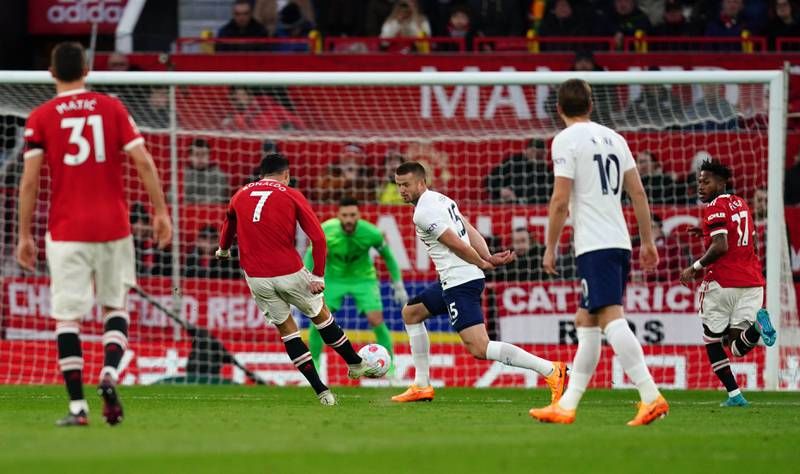 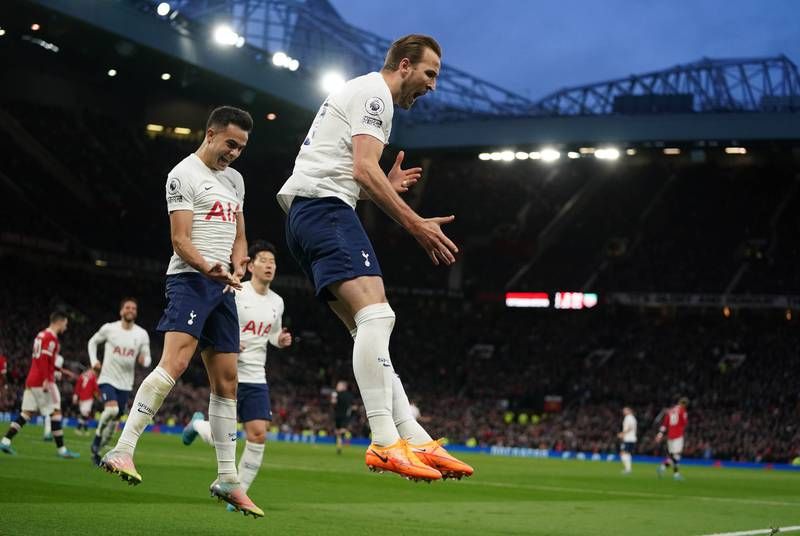 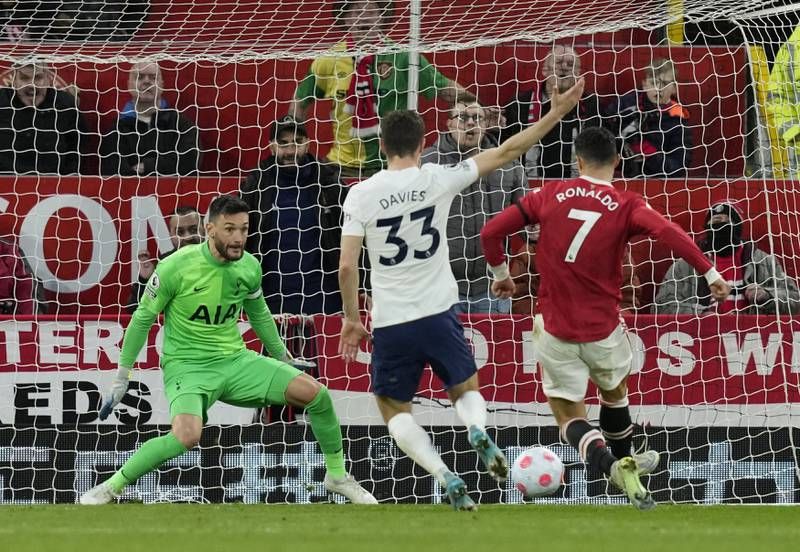 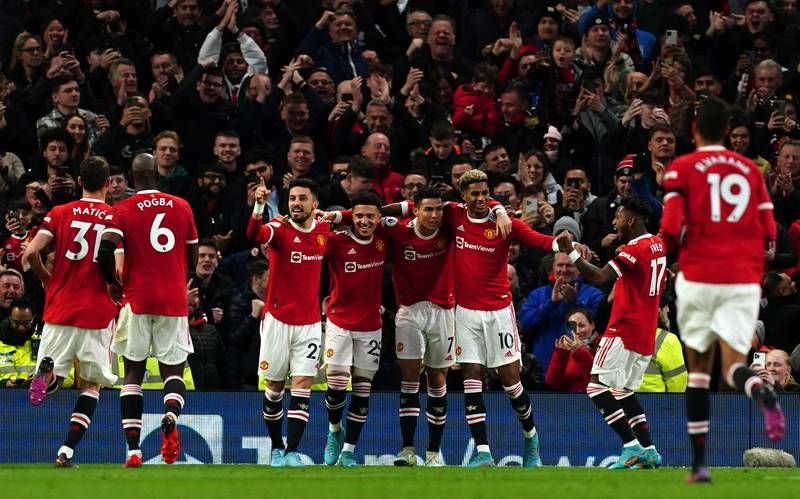 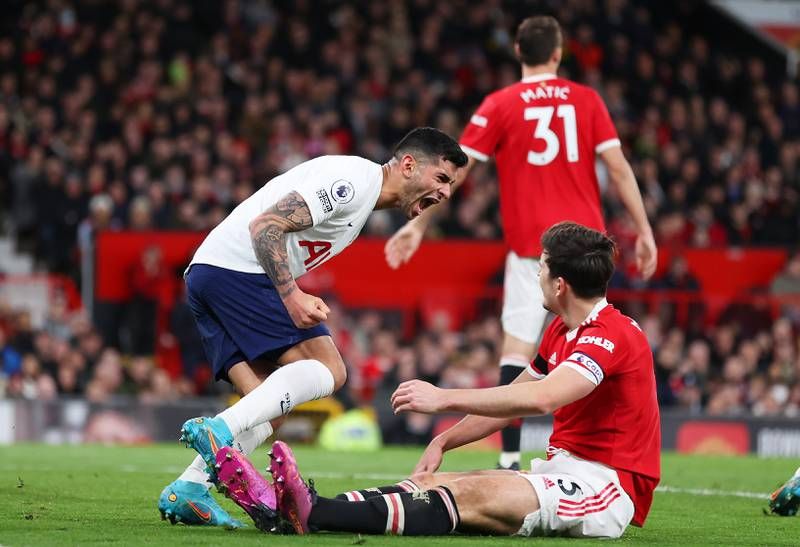 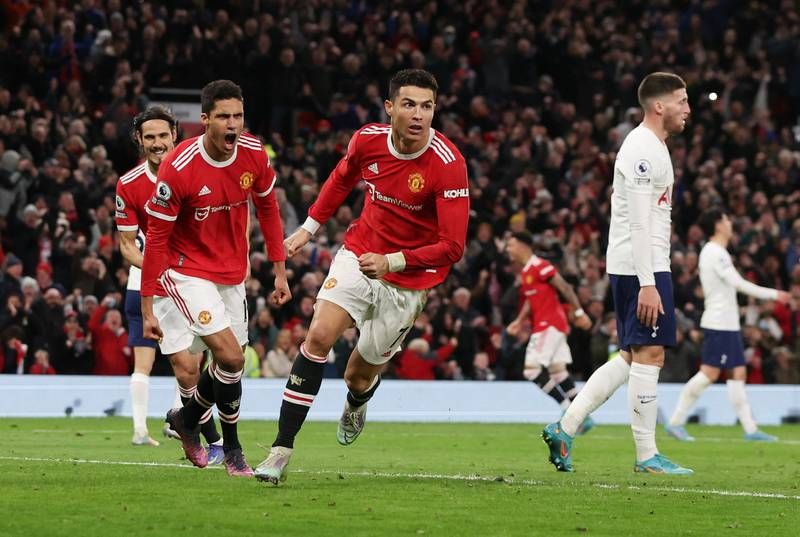 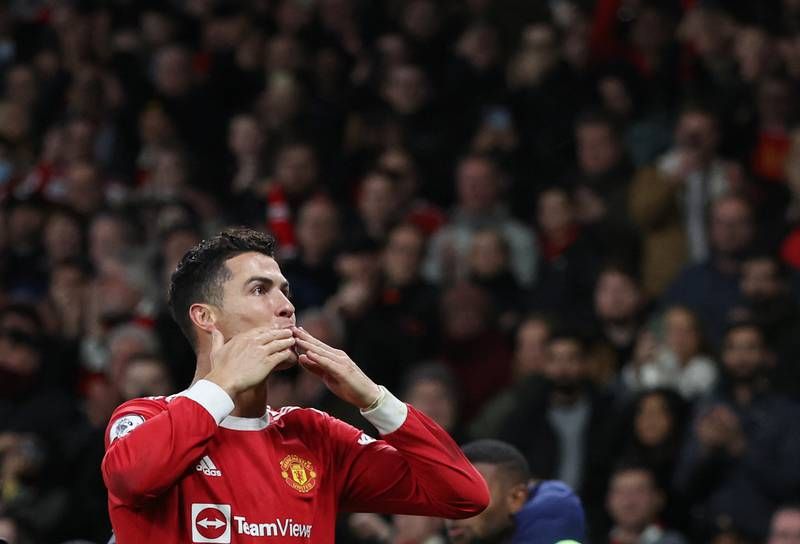 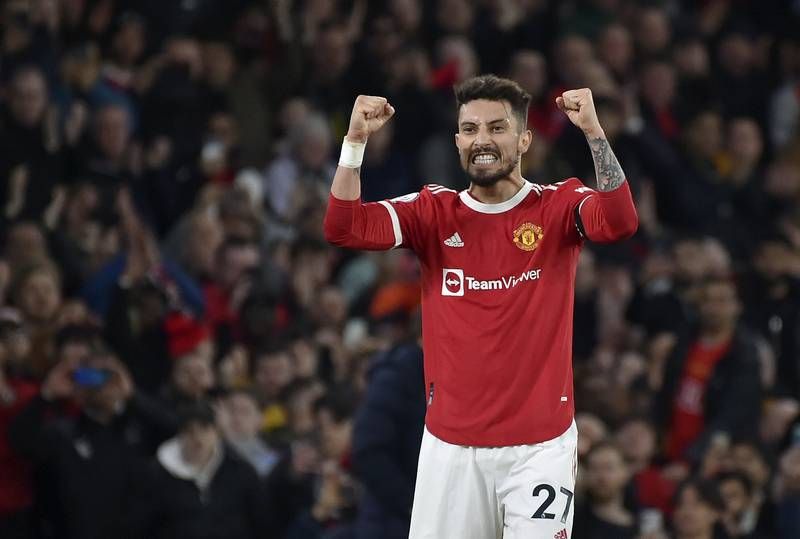 Cristiano Ronaldo celebrates after scoring his and Manchester United’s third goal in the 3-2 Premier League win against Tottenham at Old Trafford, AFP