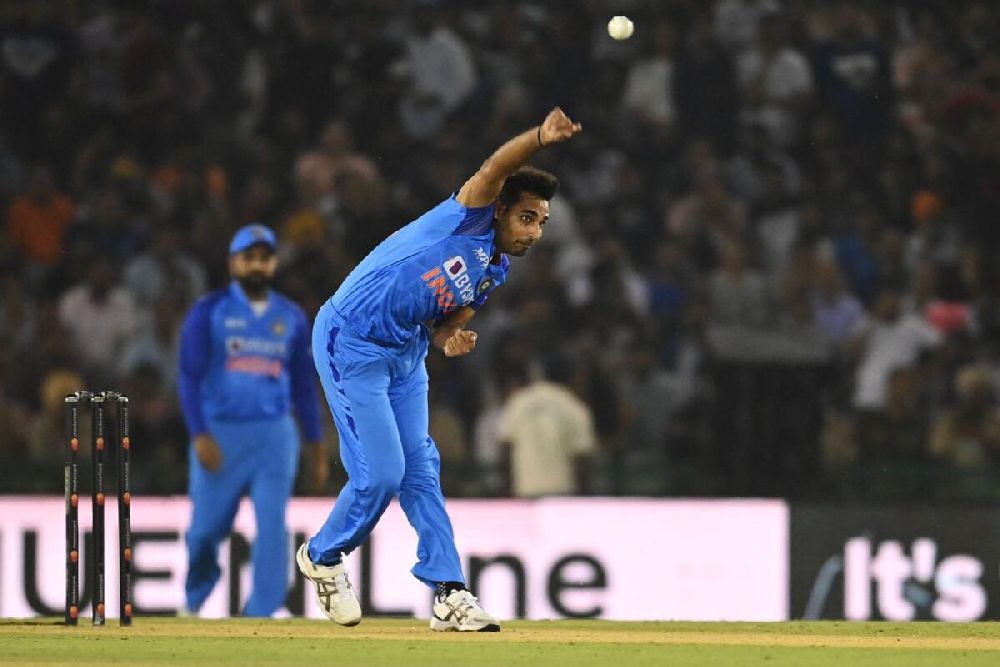 Bhuvneshwar has leaked quite a lot of runs at the death in the last few matches. His 16-run 19th over allowed Australia to pull off a record chase of 209 in the first T20I in Mohali on Tuesday night.

“I don’t think there was too much dew. We didn’t see the fielders or bowlers trying to use the towel to try and dry their fingers. That’s not an excuse. We didn’t bowl well. For example, that 19th over… that’s a real concern,” Gavaskar said on ‘Sports Today’.

“Somebody like a Bhuvneshwar Kumar is going for runs every single time, when he is expected. In 18 deliveries he has bowled in three matches against Pakistan, Sri Lanka, and now Australia, he has given away 49 runs.

“It is almost three runs per ball. Somebody with his experience and calibre, you expect he will give 35-36 runs in those 18 deliveries. That really is an area of concern.”

The former skipper said India have not been able to defend good totals but hoped a fit-again Jasprit Bumrah’s return will strengthen the bowling department.

Bumrah has been out of action since the limited-overs series against England in July earlier this year as he was recovering from an old back injury.

“What we have seen in last few years is that it has been one of the areas where India have suffered. They have not been able to defend good scores,” said Gavaskar.

“Maybe when Bumrah comes in, it might be a completely different situation because he gets wickets at the top. India didn’t get those today (Tuesday) as Australia got off to a flying start.

“Having said that, it’s only the first match. Don’t forget, Australia are world champions. They are expected to do extraordinary things.”

India will take on Australia in the second match of the three-game T20 series in Nagpur on Friday.