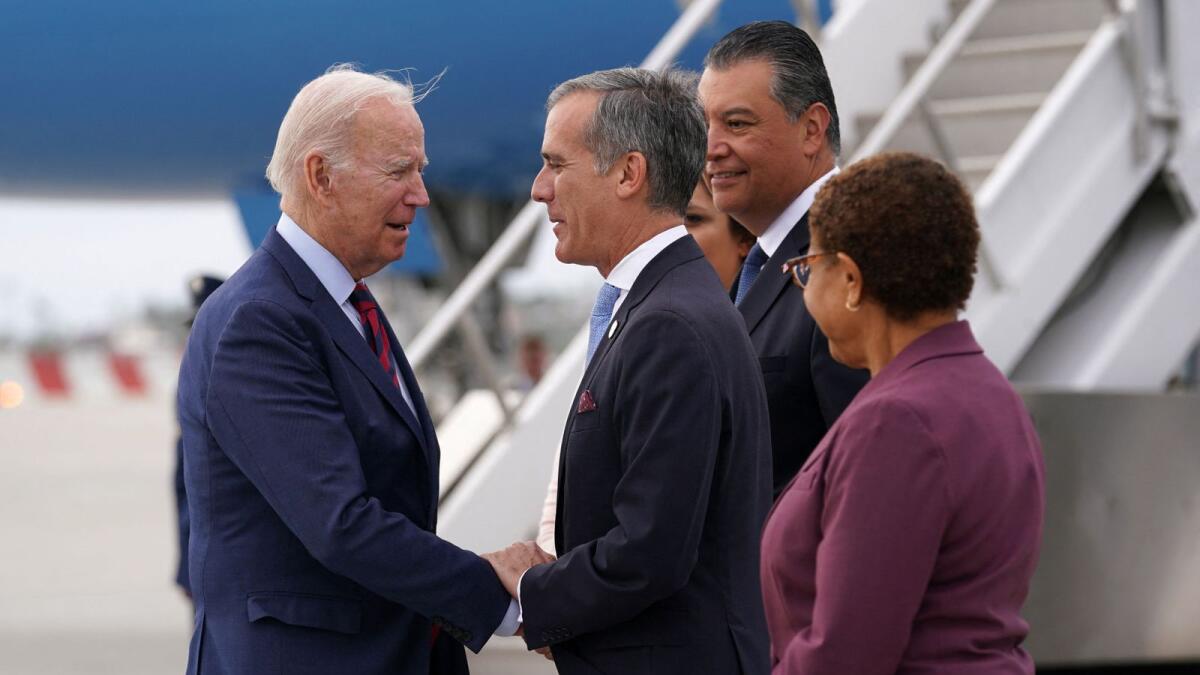 United States President Joe Biden on Tuesday renominated Eric Garcetti, the former Mayor of Los Angeles, as an ambassador to India, the White House said after sending the nomination to the Senate.

In the statement, the White House said, “Eric M Garcetti, of California, to be Ambassador Extraordinary and Plenipotentiary of the United States of America to the Republic of India.”

Earlier, in December, the White House updated Mayor Garcetti’s nomination as ambassador to India update and said that they hoped that the full senate would confirm.

For more than a year, Garcetti’s nomination to be US ambassador to India – announced in July 2021 – is still in limbo. His nomination has been held up for months because of concerns among senators on both sides about allegations that he ignored alleged sexual harassment and bullying by one of his former senior political aides. Garcetti has repeatedly denied that he ignored those allegations, according to CNN.

In November, Pierre reaffirmed the Biden administration’s commitment to getting through the nomination of Los Angeles Mayor Eric Garcetti as US ambassador to India.

Answering a question whether the White House will push the US Senate to finally get a vote on Garcetti’s nomination, Jean-Pierre said, “Absolutely. India is a very important relationship that we have. You — you saw the President greet and meet very briefly with Prime Minister Modi just last week when he was — in Bali. It’s an important relationship that — that we truly respect.”

“As for Mayor Garcetti, we are committed to getting him through the process. We are continuing — to talk to the Senate about making that happen. That is a priority of ours. And I just don’t have anything further to share on any strategy or anything else moving forward on that,” the White House Press Secretary added.

The United States continues to seek the expeditious confirmation of the Los Angeles Mayor, as the ambassador to India, following a long delay in the confirmation of his nomination.