[email protected]: Experts say age is more than a number 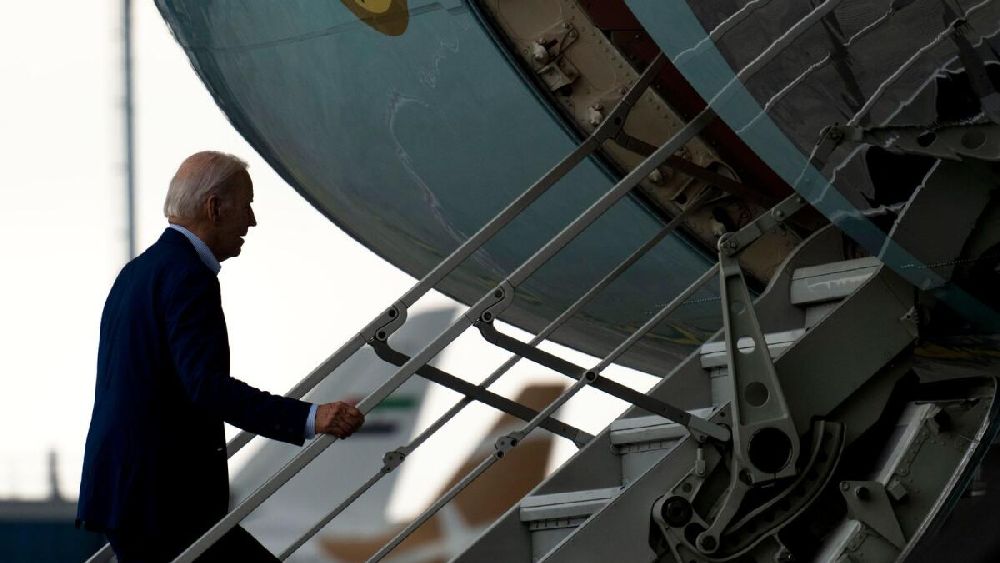 President Joe Biden has said it is a “legitimate question to ask anybody over 70 years old whether or not they’re fit” to serve in the White House. To those who question his fitness, he has a stock answer: “Watch me.”

On Sunday, Biden turns 80 — a number he tries never to utter in public. “I can’t even say the age I am going to be,” Biden said in a recent interview with MSNBC. “I can’t even get it out of my mouth.”

Also left unsaid is that Biden would be 86 at the end of a second term, should he run in 2024 and win — a fact that his critics have seized upon and that gives even some Democrats pause.

But while the risk of life-threatening diseases, dementia and death rises faster with each passing decade of a person’s life, experts in geriatrics say that people in their 80s who are active, engaged and have a sense of purpose can remain productive and healthy — and that wisdom and experience are important factors to consider.

The New York Times spoke to 10 experts in ageing to paint a picture of what the next six years might look like for a person of the president’s age. These experts have not examined or treated Biden, though they have looked at publicly available information, including a medical report issued by the White House last year, a day before his 79th birthday.

Biden, these experts agreed, has a lot going in his favour: He is highly educated, has plenty of social interaction, a stimulating job that requires a lot of thinking, is married and has a strong family network — all factors that, studies show, are protective against dementia and conducive to healthy aging. He does not smoke or drink alcohol and, according to the White House, he exercises five times a week. He also has top-notch medical care.

His race is another factor. The life expectancy for the average white, 80-year-old man is another eight years, said Dr. John Rowe, a professor of health policy and aging at Columbia University. “And that’s the average,” Rowe said. “A lot of those 80-year-olds are already sick; they are already in the nursing home.”

Scientists who study ageing stress that chronological age is not the same as biological age — and that the two often diverge as people grow older. It is true that older people tend to decline physically, and the brain also undergoes changes. But in people who are active, experts say, the brain continues to evolve and some brain functions can even improve — a phenomenon experts call the “neuroplasticity of ageing.”

“This idea that old age is associated with only declines is not true,” said Dr Dilip Jeste, a psychiatrist who has studied aging at the University of California, San Diego. “There are studies that have been done all over the world which show that in people who keep active physically, socially, mentally and cognitively there is increased connectivity among specific networks, and even new neurons and synapses can form in selected brain regions with older age.”

No one can predict how a single individual will fare. The medical report the White House released last year was a summary of findings by the president’s longtime personal physician, Dr. Kevin C. O’Connor, who proclaimed him a “healthy, vigorous, 78- year-old male.” But the White House has not released underlying lab documents, as Biden did when he was running for office; Andrew Bates, the deputy press secretary, said Biden would have another physical “in the coming months.”

O’Connor reported that the president takes prescription medicine to control his cholesterol and atrial fibrillation — an irregular heartbeat. He also noted two specific changes in Biden’s health: He had experienced “increasing frequency and severity of ‘throat clearing’” while speaking, probably due to acid reflux, and he had some stiffness in his gait.

Both are common in older people, said Dr. Dan Blazer, professor emeritus and psychiatric epidemiologist at Duke University School of Medicine. The same, he said, goes for Biden’s verbal stumbles — including the time he searched an audience for a congresswoman, apparently forgetting that she had died the previous month.

“Slippage of memory is something that is usual, but it is not a real deficit,” said Blazer, who led a committee of experts that examined “cognitive aging” for the National Academy of Sciences in 2015. He described such slippage this way: “They forget, they remember they have forgotten and they eventually remember what they have forgotten.”

Once people reach 65, the risk of dementia doubles every five years, said Gill Livingston, a psychiatrist at University College London, who led a commission on dementia in 2020 that was convened by The Lancet, a medical journal. In general, she said, in high-income countries like the United States, dementia will affect 10% of people aged 80 to 84 and 20 per cent of those aged 85 to 89.

Biden did not undergo cognitive screening during his last physical, and experts are divided about its necessity for older adults. In 2019, the American Academy of Neurologists recommended annual screenings for those 65 and older because “age itself is a significant risk factor for cognitive decline.” But in 2020, a federal panel of independent experts declined to endorse it, saying there was not enough research to determine the “balance of benefits and harms.”

Several experts say doctors typically perform cognitive screening tests only when there is evidence of a problem; Dr. Anthony Fauci, Biden’s chief medical adviser, who will be 82 on Christmas Eve and will soon retire from federal service, said in an interview that he has never had one.

As the baby boom cohort ages, the number of octogenarians is growing into what experts have called a “silver tsunami.” In its 2020 Profile of Older Americans, the federal Department of Health and Human Services reported that the 85-and-older population was projected to more than double from 6.6 million in 2019 to 14.4 million in 2040.

There is no shortage of octogenarians in public life. Justice Ruth Bader Ginsburg was treated for colon cancer when she was in her 60s and served on the Supreme Court until she died, at 87, of pancreatic cancer complications. Seven U.S. senators are in their 80s — including Bernie Sanders of Vermont, who sought the Democratic nomination for president in 2016 and 2020, and Mitch McConnell of Kentucky, the Republican leader — and one need only look to the chamber to see the variability in how people age.

Sen. Dianne Feinstein, D-California, is obviously diminished at 89; she struggles to recall the names of colleagues and what happened in meetings. Sen. Chuck Grassley, R-Iowa, just won reelection at 89; he will be 95 if he finishes his term. Grassley is fond of tweeting videos of his early morning runs and sometimes does push-ups at public campaign events.

“People in their 80s commonly experience declines; we shouldn’t be naive about that,” said Lisa Berkman, a professor of public policy at the Harvard School of Public Health who studies health and aging. “And at the same time, there is so much variability. People who are doing well and are in the top level of functioning, have the odds of going for another 10 years, of doing really well during this time and making very important contributions.”

The White House says Biden keeps up a busy pace, noting his frequent travel during the campaign season and his recent three-country, two-continent swing to attend summit meetings in Egypt, Cambodia and Indonesia.

Bates cited Biden’s legislative achievements and the Democrats’ better-than-expected midterm outcome as evidence of Biden’s vigor, and said the president is in “good health and maintains an active lifestyle.” He also hit on the experience theme: “As Joe Biden has said since before becoming the most experienced president in American history, ‘watch him.’”

While experts are reluctant to diagnose Biden from afar — and there is no way to predict the future — those who have reviewed the available White House medical records said that so far, he appears to be aging in a healthy way.

Jay Olshansky, a public health researcher at the University of Illinois Chicago, names both Biden and former President Donald Trump, who is 76, as likely fitting the profile of “super-agers” — a “subgroup of people that maintain their mental and physical functioning and tend to live longer than the average person their age.”

Olshansky also says it is a misnomer to think being president ages a person; in fact, former presidents tend to live longer, as an analysis he published in 2011 showed. Former President Jimmy Carter, who has been active well into his 90s, turned 98 last month. President George H.W. Bush was 94 when he died in 2018.

As to whether age should matter in any election, Dr Nir Barzilai, who is leading a study of centenarians and directs the Institute for Ageing Research at the Albert Einstein College of Medicine, put it simply: “Age,” he said, “is not something to consider on its own.”