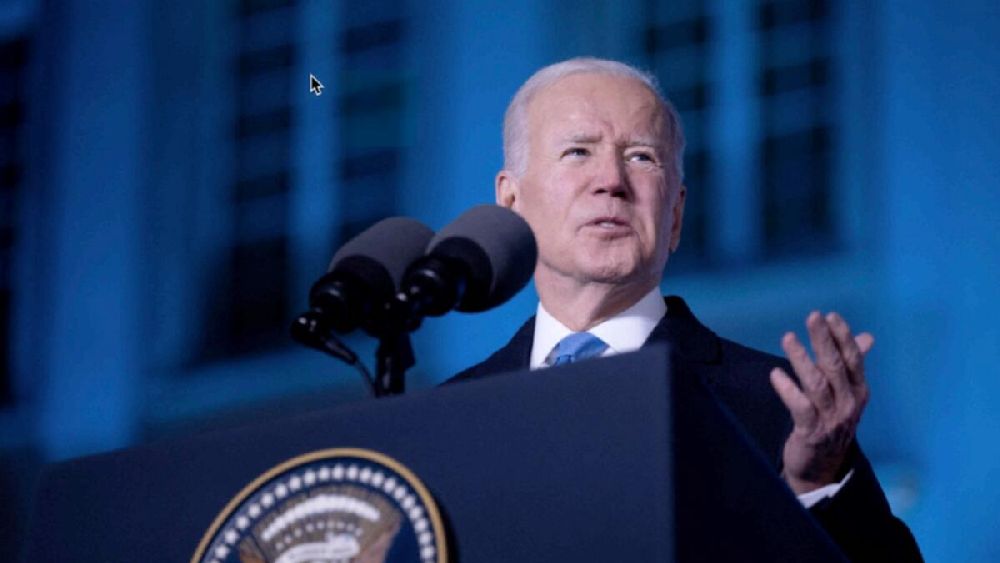 US President Joe Biden on Monday submitted a $5.79 trillion budget plan to Congress that calls for record peacetime military spending while raising taxes for billionaires and companies and lowering government deficits.

Biden’s budget proposal for the 2023 fiscal year starting October 1, lays out his administration’s priorities, including campaign promises to make the wealthy and companies pay more tax. But it is merely a wish list as lawmakers on Capitol Hill make the final decisions on budget matters.

The plan is based on economic assumptions locked in on November 10, well before Russia’s invasion of Ukraine, which has exacerbated previous inflationary pressures on energy and food prices.

“The budget I am releasing today sends a clear message that we value fiscal responsibility, safety and security at home and around the world, and the investments needed to continue our equitable growth and build a better America,” Biden said in a statement.

The Democratic president said he was calling for higher defence spending to strengthen the US military and “forcefully respond to (Russian President Vladimir) Putin’s aggression against Ukraine with $1 billion in additional US support for Ukraine’s economic, humanitarian, and security needs”.

The document offers fresh insight into Biden’s thinking as he attempts to halt the largest war in Europe since World War Two and prepares for a November 8 midterm election that could see his Democratic Party lose control of Congress.

Biden said his administration was on track to reduce the federal deficit by more than $1.3 trillion this year, halving the deficit from the last year of the previous Trump administration, while expanding the economy.

“My budget will continue that progress, further reducing the deficit by continuing to support the economic growth that has increased revenues and ensuring that billionaires and large corporations pay their fair share,” he said.

Forced by disagreements within his own party to pump the brakes and instead continue negotiating on vast swathes of his domestic “Build Back Better” agenda, Biden’s budget does not include line items for his plans on how to improve the country’s environment, healthcare, education, housing infrastructure and manufacturing competitiveness.

It does call for a new minimum tax requiring billionaires to pay at least 20 per cent of their income in taxes, including on the gains on investments that have not been sold.

That tax would apply to 0.01 per cent of American households — those worth over $100 million — with more than half of the new revenue coming from households worth more than $1 billion, the White House said. It would reduce the government deficit by $360 billion over the next decade, it added.

Biden has long pushed the message that the US tax system rewards the wealthy too much and that the rich should pay for more social services.

It calls for $773 billion for the Department of Defence, which combined with other spending would lead to a total national security budget above $800 billion.

Russia-Ukraine crisis has intensified concerns about European security, while the Biden administration continues to invest in research and development of hypersonic missiles and other modern capabilities.

The United States is not directly engaged against Russia in the Ukraine war but is giving Kyiv weapons and extensive assistance. Working with European allies, it also has imposed heavy economic sanctions against Russia.

The US federal government, on the hook for rising healthcare and social spending, especially for older Americans, has spent more money than it has taken in for each of the last 20 years.