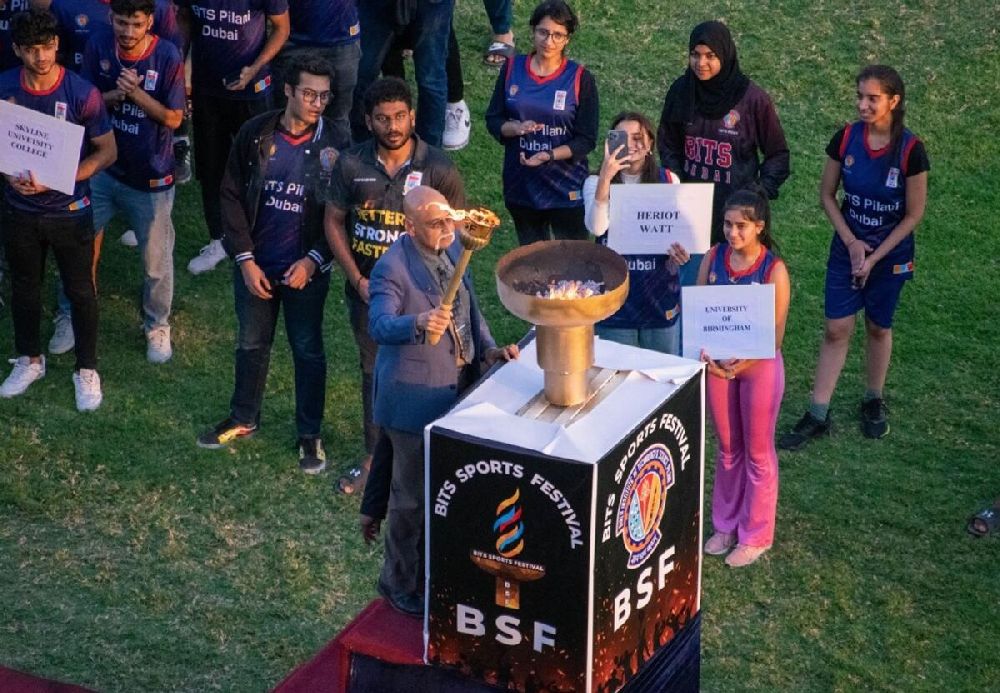 Euphoria and carnival spirit filled the air as the 19th edition of BITS Pilani Sports Festival (BSF), one of the largest Inter University Sports extravaganza kicked off on November 21.

Organised by BITS Pilani Dubai Campus (BPDC), the five-day long sporting extravaganza will see 11 sports events being played with 5000 participants from 34 universities across the UAE.

Adding to the sports zest was the unveiling of the BPDC Mascot, the Arabian Oryx named ‘MAHA,’ signifying the essence of adaptability, creativity and resilience of the University and its students. 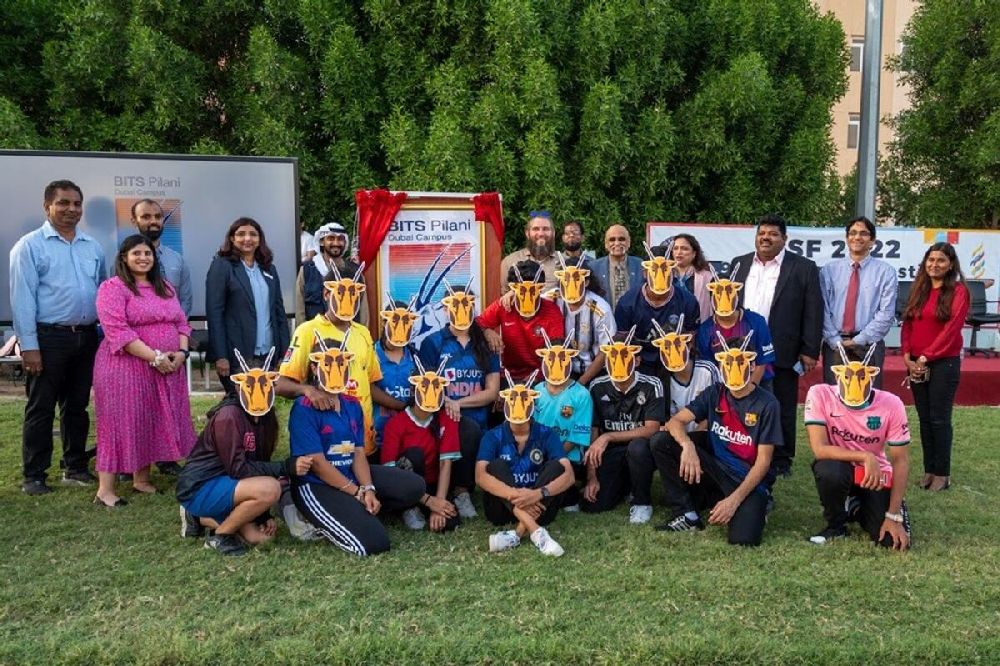 MAHA, the Arabian Oryx was chosen as the Mascot since it is also the national animal of UAE, celebrating the spirit of the union and is dedicated to the National Day of UAE. The sports festival was declared open by the chief guests for the opening ceremony, Callum Howard Chase and Saeed Mohamed Alhashmi, the Education Officers from the Dubai Safari Park.

They unveiled MAHA to the eagerly waiting audience. Dubai Safari Park is leading the conservation efforts of endangered animals native to the region. It is also at the forefront of educating the public about the need for sustainable and environmentally friendly development.

Speaking on the occasion, Director, Dr. Prof. Srinivasan Madapusi, said: “The Arabian Oryx, the national animal of UAE, will be the representative of BPDC since it resonates with the resilience, adaptability and unique talents that are outstanding attributes of BPDC students. Just as the Oryx, every BITSian stands tall with confidence of advanced knowledge and is armed with qualities like flexibility, persistence, resourcefulness, and optimism. The BITS Sports Festival is a grand show of different sports, represented by teams of both men and women, and this year it also presents Women’s Boxing. We are delighted to announce that Mrs. Mary Kom who is the World Women’s Boxing Champion will be the chief guest this year for the closing ceremony”.

Commenting with great honour and pride, Dr. M. Rafiuddin, Convener, BITS Pilani Sports Festival said: “This year we have seen record number of universities and players participating in the sports festival with the addition of one new category- Women’s Boxing. I am myself a national level boxing champion. In 2009 we introduced men’s boxing as a category and since then we have been working to introduce Women’s Boxing, and finally this year we will witness the grandeur of this sport. The event for years has been helpful in engaging the student community in the UAE and empowering them with the spirit of sportsmanship, interprofessional teamwork and wellness.”