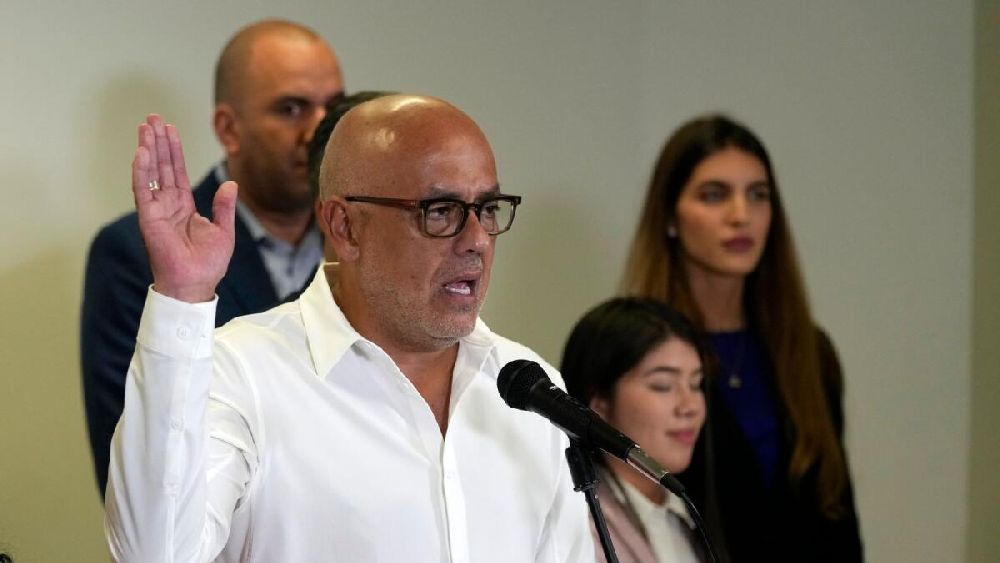 The government of Nicolas Maduro and the Venezuelan opposition broke a political stalemate on Saturday with a broad social accord, and the US government responded by allowing a major US oil company to resume operations in Venezuela.

The breakthrough signalled a potential easing of a grinding economic and political crisis in Venezuela. It will impact world oil markets and could ease a massive flow of refugees from Venezuela throughout the region.

The accord reached at a meeting room in a hotel in Mexico City represents “hope for all of Latin America,” said Mexican Foreign Minister Marcelo Ebrard, who helped bring the talks about.

They also agreed to continue talks on presidential elections scheduled for 2024.

Venezuela’s political crisis has worsened since Maduro declared himself victor of a contested 2018 elections, which were widely seen as fraudulent.

Immediately following the signing of the agreement in Mexico City, the US Treasury Department issued a license to oil major Chevron to resume limited oil extraction operations in Venezuela, which has the world’s largest reserves of crude.

The licence will remain in effect for six months while the Biden administration judges whether the Maduro government meets commitments made in the accord signed Saturday, Treasury said.

International efforts to resolve the Venezuelan crisis have gained strength since Russia’s invasion of Ukraine and the pressure it has placed on global energy supplies.

Despite its huge oil reserves, Venezuela suffers grinding poverty and a political crisis that has led a UN-estimated seven million Venezuelans to flee the country in recent years. Food, medicine and such basics as soap and toilet paper are often in short supply.

Maduro’s opposition is seeking free and fair presidential elections, next due in 2024, while Caracas wants the international community to recognize Maduro as the rightful president and to lift sanctions, particularly a US oil embargo.

Government negotiator Jorge Rodriguez told reporters after arriving in Mexico City that one of his objectives was to ink a “broad social agreement” with the opposition.

The government side said earlier that the pact was expected to establish a mechanism to restore access to funds frozen in the international financial system.

The money would be used to improve public health care and the power grid, according to a statement released by Rodriguez, who did not specify the amount or where the funds were blocked.

Rodriguez, who also presides over the National Assembly, said before departure from a Caracas airbase that his team will defend “the right that we have… to live in peace.”

For its part, the Unitary Platform opposition group demanded concrete steps to resolve “the humanitarian crisis, respect for human rights… and especially (guarantees for) free and observable elections.”

Nevertheless, a source close to the negotiating process told AFP that the opposition has not reached consensus over the conditions it requires to take part in a 2024 vote.

Guaido’s influence has waned in recent years, and he has lost key allies both at home and in the region, where many countries have since elected leftist presidents.

Colombian leader Gustavo Petro has become a new actor in the talks since taking the reins as his country’s first leftist president in August.

He has worked to improve his country’s relationship with Venezuela, resuming diplomatic ties for the first time since 2019, when then president Ivan Duque refused to recognize Maduro’s election.