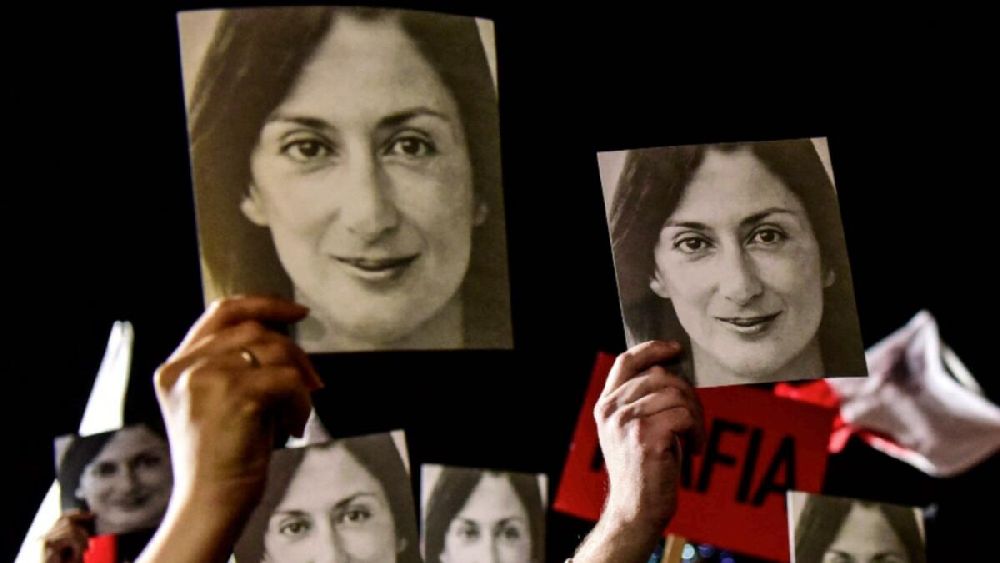 Two brothers were each sentenced to 40 years in prison on Friday after admitting to the murder of Maltese anti-corruption journalist Daphne Caruana Galizia, in a stunning turnaround on the first day of their trial.

Alfred and George Degiorgio had submitted “not guilty” pleas when the case opened earlier in the day, almost exactly five years after Caruana Galizia’s killing, but later agreed to acknowledge guilt in exchange for a more lenient sentence.

They had faced life imprisonment if convicted after a trial.

Paul Caruana Galizia, one of the murdered journalist’s three sons, welcomed the move, describing it in a Tweet as “a break in the clouds”.

Their guilty pleas mean four people have now admitted to taking a part in the murder. A fifth man, local tycoon Yorgen Fenech, is still in jail pending trial. Prosecutors believe he commissioned the killing, something he denies.

In an interview with Reuters earlier this year, George Degiorgio confessed to the crime. A lawyer for the brothers also said the two men were seeking a pardon in return for divulging “everything we know about other murders, bombs and crimes”.

Their request for a pardon has not been accepted and the jury of five men and four women were instructed at the start of proceedings to consider only what they heard in the courtroom.

Caruana Galizia, 53, was a household name in Malta for her investigative reporting. Her killing on October 16, 2017, raised questions about rule of law in the European Union’s smallest member state.

During the morning session of the trial, prosecutors said the Degiorgios and another accomplice — Vincent Muscat — had originally planned to shoot Caruana Galizia but then procured a bomb which they placed in her car.

George Degiorgio set off the bomb from a yacht off Malta’s coast as Alfred Degiorgio and Muscat acted as spotters. Muscat last year admitted his role in a plea bargain in return for information and is serving a 15-year prison term.

The Degiorgios and Muscat were arrested in December 2017 and have been behind bars since.

Much of the case was built around testimony and phone conversation recordings by the murder plot middle-man, Melvin Theuma, who was granted a presidential pardon in return for information late in 2019.

He alleged the plot was commissioned by Fenech, who led a consortium that was controversially awarded a government contract to build a power station in 2015.

Fenech was arrested in November 2019.

Caruana Galizia had revealed the existence of a secret company which allegedly was meant to funnel funds to Panama-registered companies belonging to then energy minister Konrad Mizzi and the government chief of staff Keith Schembri.

No evidence that money changed hands has been produced.

A Reuters investigation after her death had established that the company belonged to Fenech.

Fenech’s arrest led to the resignation of Schembri and Prime Minister Joseph Muscat. Both deny any involvement in the journalist’s murder and have not been prosecuted.

The fifth anniversary of the murder will be marked with a rally on Sunday which will be addressed by European Parliament president Roberta Metsola.