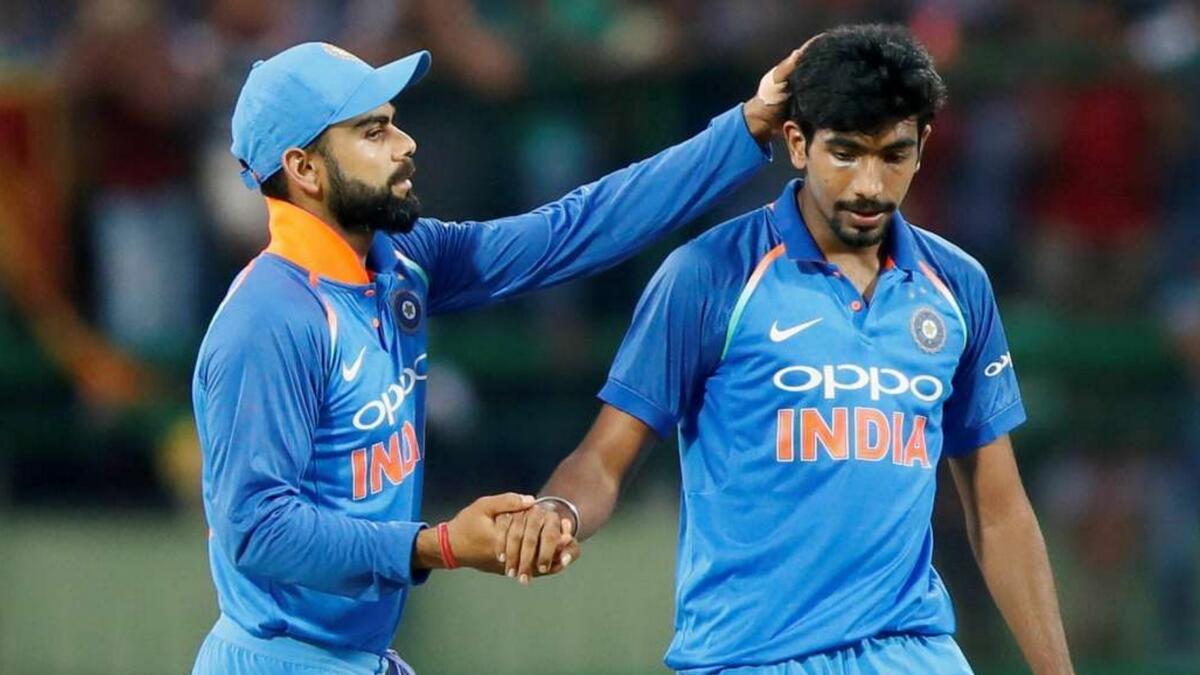 India were left with a mixed feeling on the eve of their ODI series against Sri Lanka as on one hand they will have stalwarts Rohit Sharma and Virat Kohli returning to the side while on the other, unfit pace spearhead Jasprit Bumrah will yet again miss the action

Bumrah was expected to bolster the bowling attack in the three-match series commencing in Guwahati on Tuesday, but his return has been delayed further after he failed to recover completely from the stress fracture in the lower back.

The return of old guards Rohit, Kohli and KL Rahul and also Shreyas Iyer, though, will give the hosts a huge boost as they eye the series after clinching the T20Is against Sri Lanka.

But another injury scare to Bumrah has thrown the spanner in the works of the team management.

There also lies the problem of plenty in picking the top-five batters.

Opener Rohit and No. 3 Kohli pick themselves, while on form, it will be tough to drop Ishan Kishan and Iyer.

Kishan played a sensational knock in his last ODI in Bangladesh recently when he scored a career-best 210. The youngster could be in a direct clash with Shubman Gill to open with Rohit. While Gill did not play the Bangladesh series in December last year, he has proved his worth as an ODI format player.

Iyer had a dream run in ODIs last year and scored 724 runs at an average of 55.69 in 15 innings. He was the backbone of India’s batting with his ability to rotate the strike and tackle spin in the middle overs — a key skill on sub-continent tracks.

Then there’s the phenomenon named Suryakumar Yadav, whose T20 exploits have forced the management to explore his utility in the 50-over format. The middle-order batter is fresh from a 51-ball unbeaten 112 in their 91-run win over Sri Lanka in the third and final T20I at Rajkot.

It was Surya’s third century in the format in seven months, making him the first player in the history of the game to score three T20I tons while not opening the batting.

However, his ODI career hasn’t really taken off so far. Surya has scored 384 runs in 16 matches with just two half-centuries but he could get full backing from the team management to improve on his 50-over numbers in the lead-up to the World Cup.

With veteran quick Mohammed Shami also back in the ranks, he too should be in the playing XI along with either Mohammed Siraj, Arshdeep Singh and Umran Malik.

New vice-captain Hardik Pandya’s bowling skills will also come in handy, but for someone who missed more than a year due to back injury in the lead-up to IPL 2022, it remains to be seen how many overs the skipper gets out from India’s premier all-rounder.

It will be a happy headache for India as they would look to dominate the ODI leg and do a double against the visitors, who have an almost similar side that lost the T20I series 2-1.

Sri Lankan skipper and star all-rounder Dasun Shanaka led by example in the T20Is, emerging as their top run-getter with 124 runs at a strike rate of 187.87.

Sri Lanka would look for more stability at the top and hope opener Pathum Nissanka gives them a solid start.

Nissanka was their leading run-getter last year (491 runs from 11 matches) and he would like to continue from where he had left off.

The middle order will be steered by Charith Asalanka who also had a fruitful last year, averaging 53.25. The visitors have also drafted in leg-spinner Jeffrey Vandersay, who could be handy on Indian wickets.