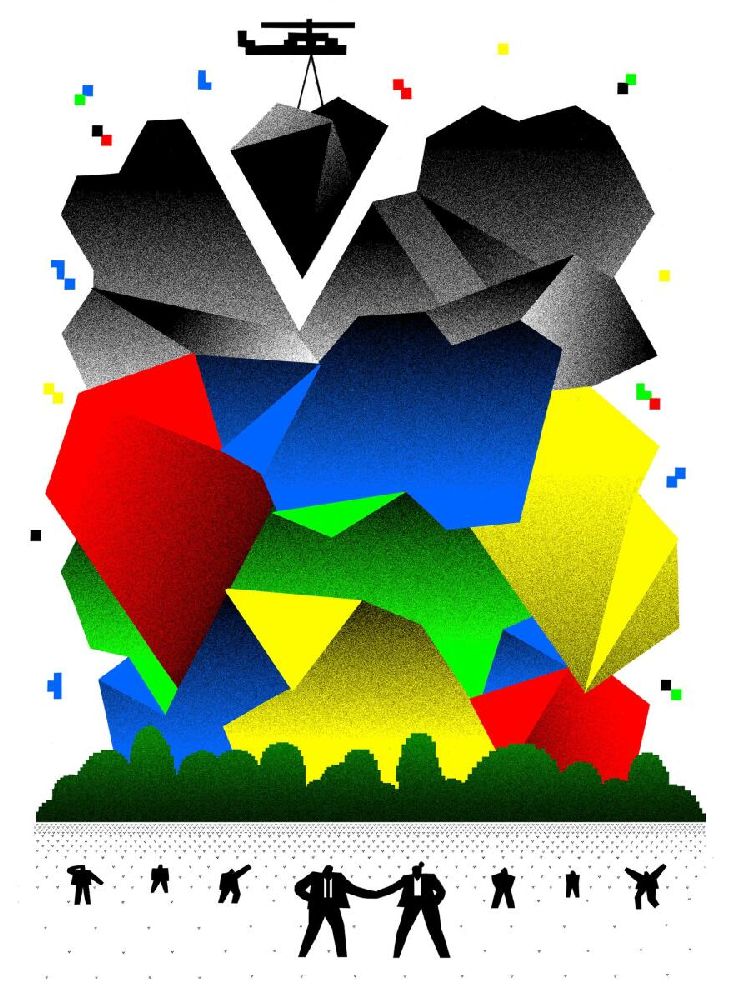 In recent weeks, Microsoft has accused Sony, its chief video game rival, of misleading regulators. Its lawyers have showed off game consoles, including an Xbox, to British officials. And the president of a major union that Microsoft wooed has spoken up on the company’s behalf to the Federal Trade Commission.

The actions are part of a campaign by Microsoft to counter intensifying scrutiny of its $69 billion acquisition of video game publisher Activision Blizzard, the largest consumer technology deal since AOL bought Time Warner two decades ago, and far bigger than Elon Musk’s recent $44 billion buyout of Twitter.

Microsoft’s aim is simple: Persuade sceptical governments around the globe to approve the blockbuster takeover. Sixteen governments must bless the purchase, putting Microsoft under the most regulatory pressure it has faced since the antitrust battles of the 1990s. And in three key places — the United States, the European Union and Britain — regulators have begun deep reviews, with the European Commission declaring this month that it was opening an in-depth investigation of the deal.

Whether Microsoft succeeds in gaining regulatory approval to buy Activision, which makes games such as “Candy Crush” and “Call of Duty,” will send a message about Big Tech’s ability to expand in the face of mounting fears that industry giants wield too much power. If Microsoft, whose public affairs operation has spent the past decade building the company’s nice-guy reputation, can’t get a megadeal through, can anyone? 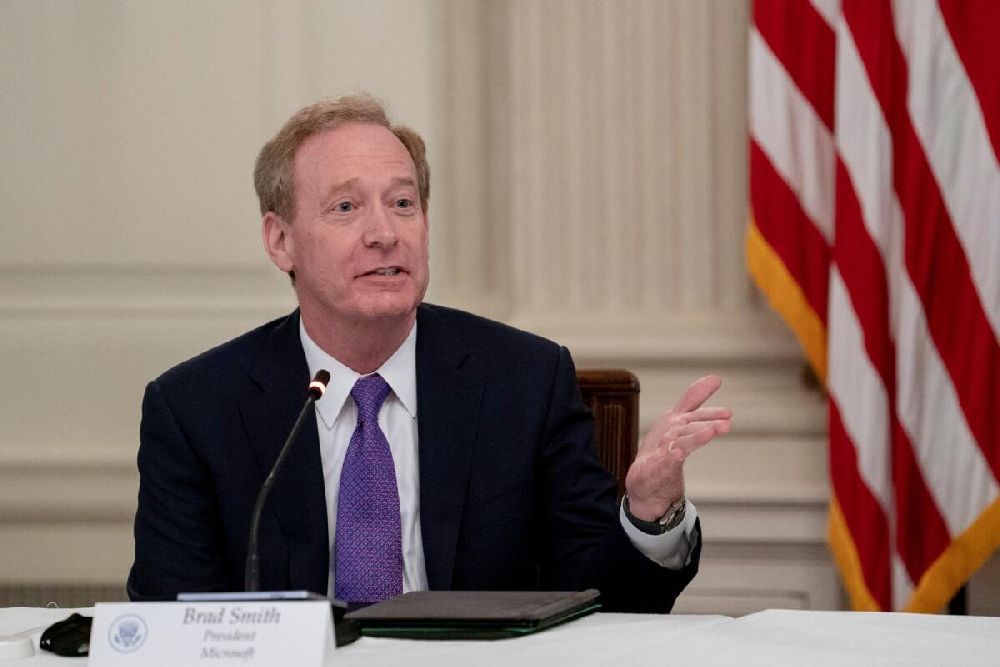 “If this deal had happened four years ago, this would hardly be of any interest,” Brad Smith, Microsoft’s president, said in an interview. “If one cannot do something easy, then we’ll all know you can’t do something hard.”

Google, Meta, Amazon and Apple have all faced increasing accusations that they are monopolies, and regulators have tried to block some of their smaller deals. In July, the FTC sued Meta, Facebook’s parent company, to stop it from buying Within, a virtual reality startup. Last month, Britain forced Meta to sell Giphy, an image database it bought in 2020 for $315 million.

At the heart of regulators’ concerns about the Activision deal is whether it violates antitrust laws by giving Microsoft outsize power in the video game industry. They worry that Microsoft could pull Activision’s games away from competitors like Sony or use them to get an unfair leg up as more gaming is streamed online.

Smith said Microsoft was open to formally agreeing to place limits on its business practices to resolve antitrust concerns. But the United States and other countries increasingly see such promises as insufficient unless a company spins off part of its business.

The road ahead appears long. Of the 16 governments reviewing the deal, just Saudi Arabia and Brazil have approved it. Microsoft said that it expected Serbia to approve the deal shortly.

The most crucial regulators appear sceptical of the tech giants. The FTC is led by Lina Khan, a legal scholar and notable critic of Amazon. The European Commission has fined Google for violating antitrust rules and has opened an investigation into Microsoft’s cloud service. In Britain, the Competition and Markets Authority has become increasingly hostile to corporate deals.

In a statement, the Competition and Markets Authority said it would release its findings on the deal in the “new year.” The European Commission said its investigation is “ongoing.” The FTC declined to comment on the deal.

When Microsoft closed its $26 billion purchase of professional networking service LinkedIn in 2016 — at the time its largest acquisition — the deal required just six government approvals.

Obtaining approval for the acquisition is critical for Microsoft. Gaming has become its most important consumer business, surpassing $15 billion in annual sales largely under the Xbox brand. The compensation for Satya Nadella, Microsoft’s CEO, is partly tied to the growth of Game Pass, the company’s Netflix-like subscription service for gaming. And Microsoft agreed to pay Activision as much as $3 billion if the deal fell apart.

Activision also needs the sale to go through. It was in distress a year ago, with a falling share price as it dealt with revelations of sexual misconduct and worker unrest.

Bobby Kotick, Activision’s CEO, said in an interview that he had a “high degree of confidence that the regulators will be thoughtful about evaluating the industry.” He added, “I have no reason to believe that we won’t ultimately be successful in the transaction.”

Microsoft’s deal for Activision was unveiled on January 18. In February, Smith and Nadella met with officials and people working at think tanks in Washington to position the purchase with the public. During a meeting with reporters, Nadella said the acquisition would benefit gamers by providing “more choice so they can play any game on any platform.” Courts regularly look at whether a merger will benefit consumers.

Several senators asked the FTC to closely examine the acquisition’s impact on workers. The Communications Workers of America, which had been organizing at Activision, also publicly questioned the deal. Khan, the FTC chair, has taken a greater interest in scrutinizing how mergers could hurt workers.

Smith asked lawmakers and government leaders for advice on addressing the labor concerns.

In June, Microsoft hammered out an agreement with the CWA, promising not to oppose unionisation at Activision. The negotiations involved “more lawyers than a lawyer convention,” Chris Shelton, the union’s president, said in an interview. The concessions turned the union into supporters of the deal.

Last month, Shelton met with Khan and praised Microsoft’s commitment to remain neutral in union campaigns and said the deal should be approved.

“The FTC told me, ‘A lot of companies promise lots of things, then they never keep their promises,’” he recalled. He said he told the agency that the agreement was rock solid, and in writing.

A spokesperson for the FTC said agency officials had offered no opinions on the deal or the labour agreement in the meeting.

Microsoft has been less successful in neutering opposition from Sony, which makes the PlayStation console. Sony has argued that Microsoft could pull “Call of Duty” from PlayStation to lure players to Xbox.

Microsoft has denied that it would do that. “The first call Satya and I made after the deal was announced was to the CEO of Sony to say, ‘Hey, we’re going to keep ‘Call of Duty’ on your platform,’” said Phil Spencer, Microsoft’s gaming chief.

Sony was not appeased. In filings in Brazil, the company argued that “Call of Duty” was such a powerful game franchise that Microsoft could use it to hurt rivals. It hired a consulting firm to set up meetings on Capitol Hill, two people familiar with the matter said. And its arguments were repeatedly cited in a decision by Britain’s regulator in September to pursue a deeper investigation.

Microsoft accused Sony of misleading the regulator, saying it “overstated the importance of ‘Call of Duty’ to its viability.”

Spencer said that “maintaining and growing the existing ‘Call of Duty’ business is pretty central to the economics of the deal.”

In a statement, Jim Ryan, CEO of Sony Interactive Entertainment, said it was “not true” that his company had misled regulators. He said that Microsoft was “a tech giant with a long history of dominating industries” and that “it is highly likely that the choices gamers have today will disappear if this deal goes ahead.”

Microsoft said that on November 11 it offered Sony a 10-year deal to keep “Call of Duty” on PlayStation. Sony declined to comment on the offer.

Last month, Spencer and other Microsoft executives brought an Xbox, a PlayStation, a Nintendo Switch and other devices to a meeting with regulators in London, where they showed off “Call of Duty” and other games to illustrate a dynamic market, people familiar with the visit said.

Regulators are also worried what the deal might mean for the future, when cloud computing lets people stream sophisticated games to various devices, including mobile phones.

In September, the British regulator expressed concern that combining Activision’s library of games with Microsoft’s cloud computing prowess would give Microsoft “an unparalleled advantage” over game-streaming competitors. Microsoft argued that it had “no advantage” because its streaming was not supported by its Azure cloud technology.

In its annual report this year, Microsoft said its streaming product “utilizes” Azure. The company said that while its gaming servers shared data centres with Azure, the hardware was different.

In the United States, more than 10 staff members at the FTC are reviewing the deal, a person with knowledge of the agency said. They interviewed executives, including Nadella and Smith, in the late summer and fall.

And in a sign that the FTC may be building a legal challenge to the deal, two people said it had recently asked other companies about offering sworn statements to lay out their concerns.

(David McCabe reported from Washington, and Karen Weise from Seattle)