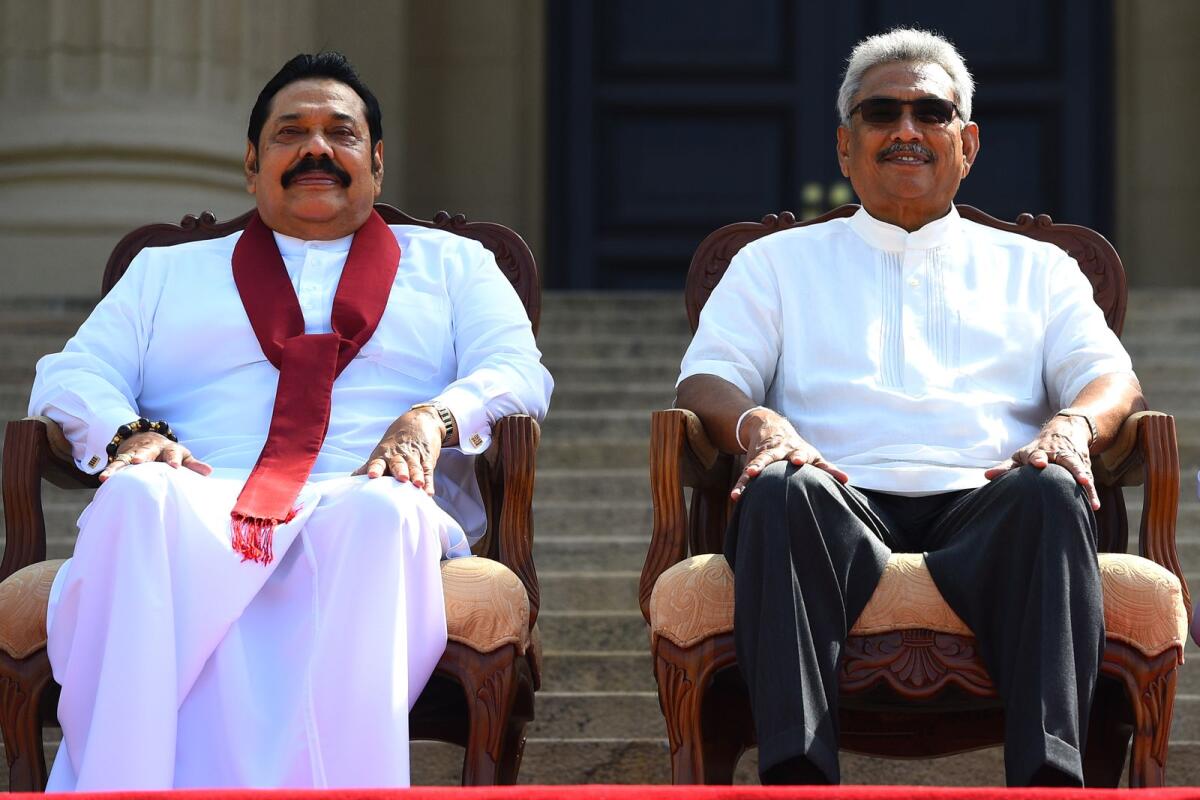 Mahinda Rajapaksa was in office when a no-holds-barred military campaign wiped out the Tamil Tigers separatist movement in 2009, while Gotabaya helmed the defence ministry.

International observers estimate that up to 40,000 civilians from the ethnic Tamil minority were killed during the war’s final months in an indiscriminate bombing and clearance campaign.

Top Sri Lankan military commanders have since been sanctioned and handed travel bans by Western nations, but Canada’s decision is the first targeting the two members of the powerful political clan.

Both brothers resisted international pressure to investigate war crimes committed during the traumatic, decades-long civil war during their time in office.

Gotabaya became president in 2019 but resigned last year at the peak of an unprecedented economic crisis that saw protesters storm his official residence.

He fled the country but has since returned and is living in a government compound with official police and military protection.

Two other Sri Lankan military officers were also sanctioned on Tuesday, prohibiting Canadian nationals from engaging in commerce with them and barring them from entering Canada.

Staff Sergeant Sunil Ratnayake was facing a death sentence for slashing the throats of eight Tamil civilians, including children, but Gotabaya gave him a pardon soon after coming to power.

Lieutenant Commander Chandana Prasad Hettiarachchi is among several accused of murdering 11 young men between 2008 and 2009 as part of an extortion racket directed at the victims’ families.