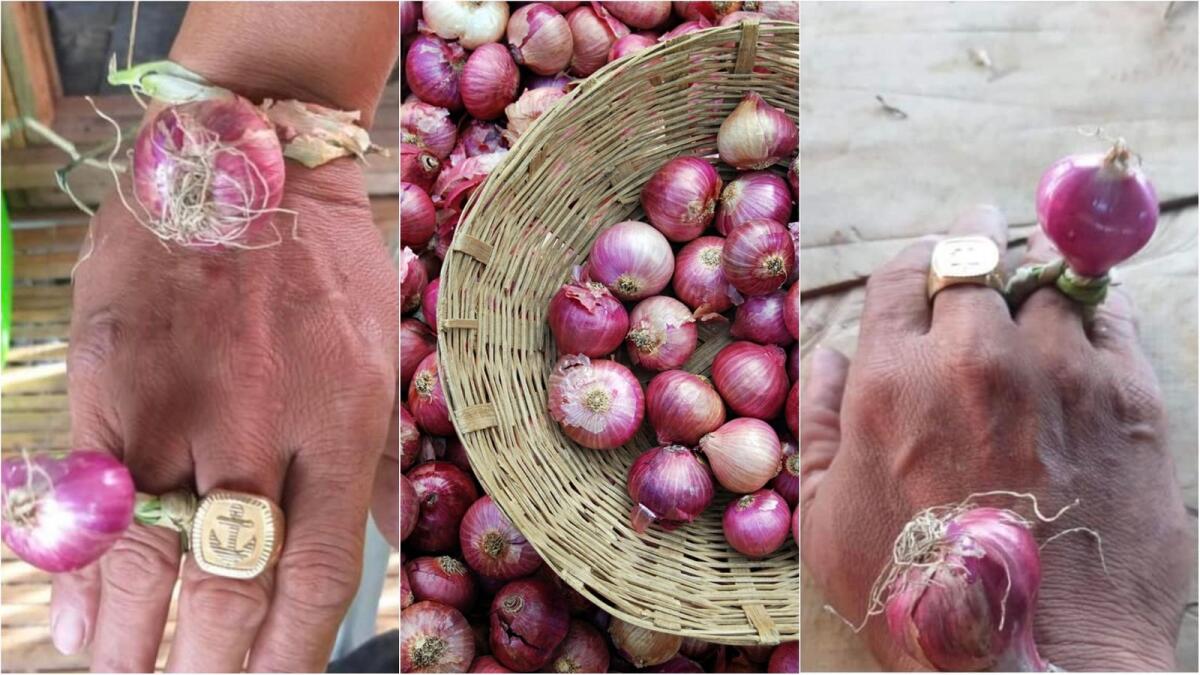 The onion crisis in the Philippines has increased the value of the humble vegetable — to a point that it now appears to be the country’s new gold.

One kilogram is selling for almost Dh50 in the Southeast Asian country, an exorbitant price especially for expats in the UAE where onions can be bought for around Dh2 or less per kilo.

Onions, they said, gives life to Philippine cuisine, but now that they are more expensive than meat in Manila — ‘heartbreaking’ adjustments are being made.

“People back home are busy economising onions in their cooking. My family back home has significantly cut back on the usage of onions,” said Ben Lebig, who has been living in the UAE for the past 17 years.

Some are even switching to the small, cheaper green scallions. “You don’t think about it much when you are cooking but now that onions are scarce, you realise it is used in almost every dish that we prepare and eat. Most of our cuisines always start with tomatoes and onions. Our national food adobo uses onions, and it would taste totally different without them,” Lebig said. 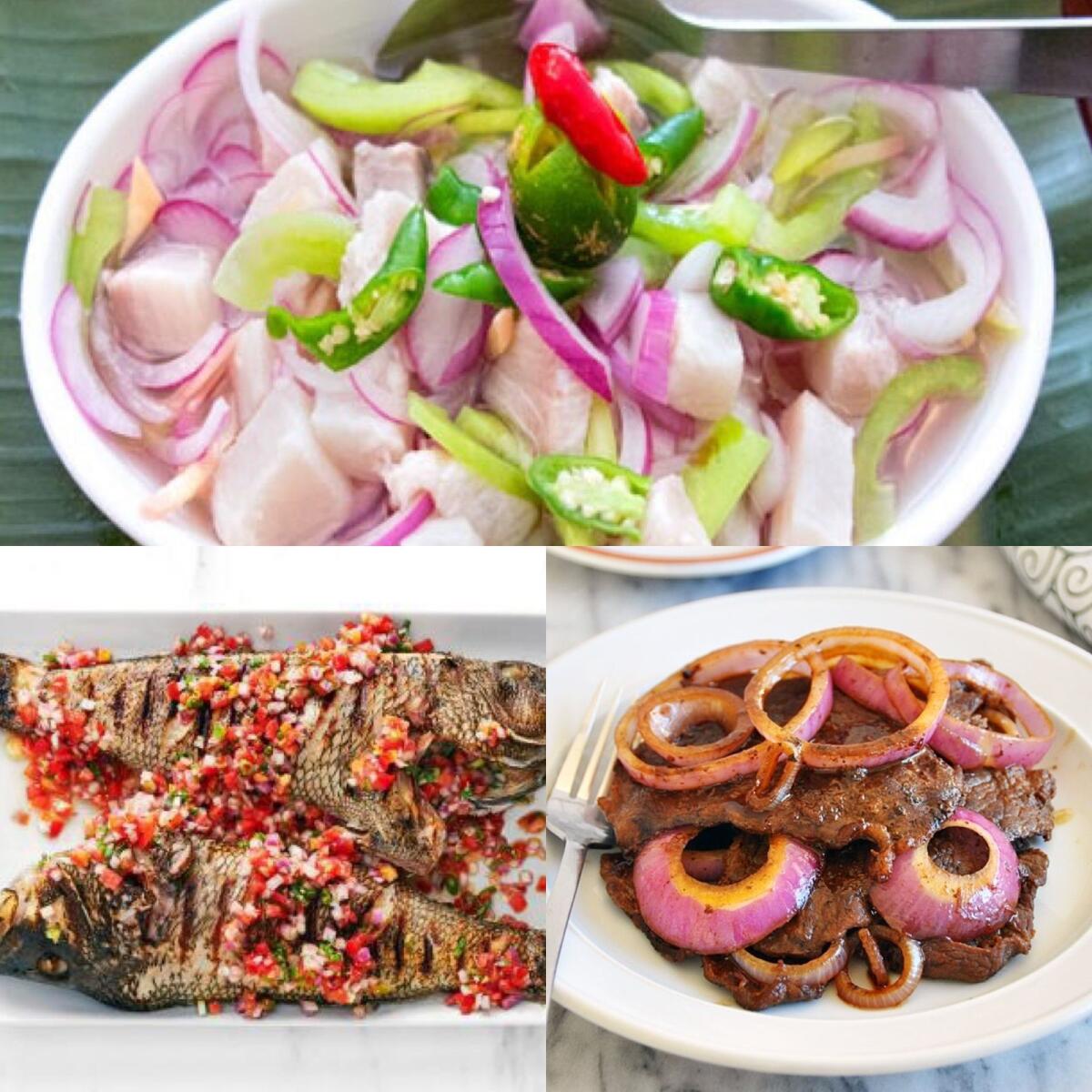 “Whenever we prepare stew, it has onions, soup, and even sauces…all of them have onions in it. These are everyday foods that families prepare. In the Philippines, its 600-800 pesos per kilo. This means over Dh50, needless to say the prices are fluctuating.”

He added: “The joke in the Philippines is that instead of gifting your wife a diamond ring, put onions on the ring (instead of fixing the diamond).”

Cucumbers instead of onions

Filipino engineer Bryan Vicente, who had spent the holidays back home, was shocked to see that the crisis has impacted even his favourite streetfood.

“Before, the condiments where I would dip the kwek-kwek (battered quail eggs) would be filled with onions. The standard is to have them with vinegar and lots of onions,” he explained. “But now, they don’t put onions anymore. They put cucumbers instead, which is very weird.”

He shared a photo of the new ‘look’ of his kwek-kwek: 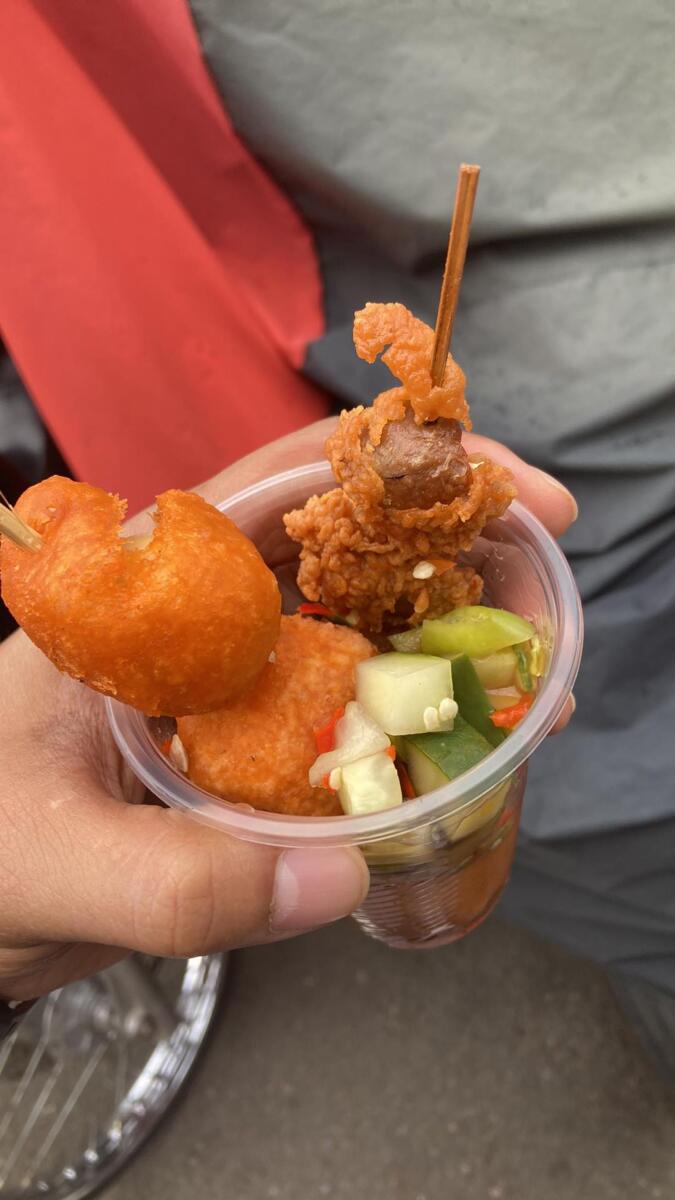 Vicente added onions being sold in stores now looked like ‘bingo’ balls, with numbers written on them. 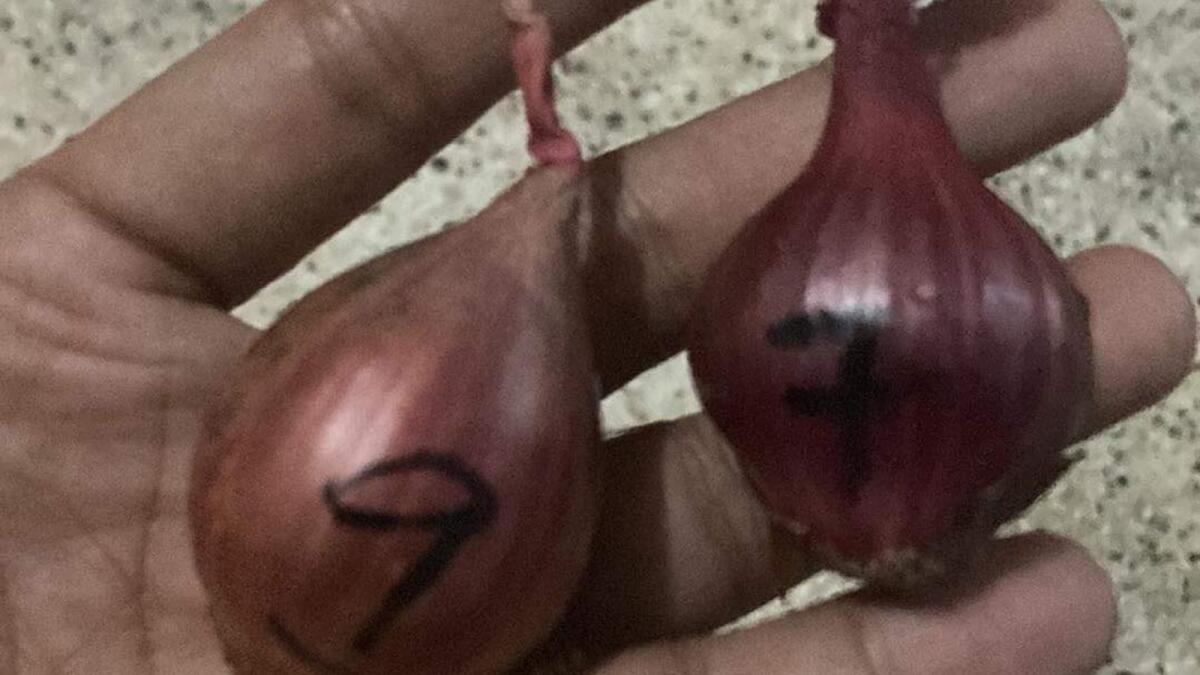 The numbers 9 and 7 (seen above) correspond to the price of each — 9 pesos (nearly Dh1) for a small piece.

Jay Umali, an expat living in Dubai for the past four years, agreed that many of their authentic dishes call for onions. Another Filipino, Robert Cervantes, even quipped he “cannot live without it”.

“We have a lot of deep-fried food in our cuisine and all these dishes require onions. Steak, sinangag, all sweet and sour dishes, even in dips, we use vinegar, onion and garlic. It’s a big part of our everyday meal, even in soups like bulalo (beef shank soup),” said Umali, who works at a dental clinic.

She added that she uses at least three onions per dish, with at least two dishes per meal.

“Meals are prepared at least three times, which works out to at least six to seven onions per meal,” Umali explained.

The unimaginable price of onions has prompted some Filipino expats in the UAE to pack the vegetable into their suitcases together with gifts they take home to their families. Recently, however, many realised that the emerging trend came with legal baggage.

With these developments, Umali’s relatives, who are now using this unassuming bulb sparingly, have a strange request for her.

“My relatives are suggesting that we cut the onions, grind it and make a paste out of it, wrap it in a Ferrero Rocher box and bring it — instead of chocolates. But needless to say, this may be identified by scanners at the time of security check,” Umali said.

Lebig said that a typical family of five would use 3kg of onions a week which is about 12-15kg a month, and at Dh40 per kilo, that would be unaffordable for common Filipinos.

Another UAE expat, Felizze Faye Flores-Navarro, said: “We use onions in almost every dish we cook. We love to saute our food and the main ingredient is mostly onion. Our version of beef steak has lots of onions. In sisig, we add onions we also add it in all our dipping sauces. So, we put onions in everything that we cook. We have onion toppings on a lot of dishes.”

Here in the UAE, Navarro buys 10kg onions for her family of four every month.

“We consume the entire bag in a month. My family back home in the Philippines consists of seven people. In a normal meal, in one dish, people would use two to four onions, depending on the size of the onion. That was earlier. But now folks back home are trying to maximize the use of onions. Only one onion is used in every dish that’s being cooked,” she said.

Navarro added: “I have been receiving requests from my family to carry onions but not everyone can carry fresh products into the Philippines. We understand that there are approvals that are required.”