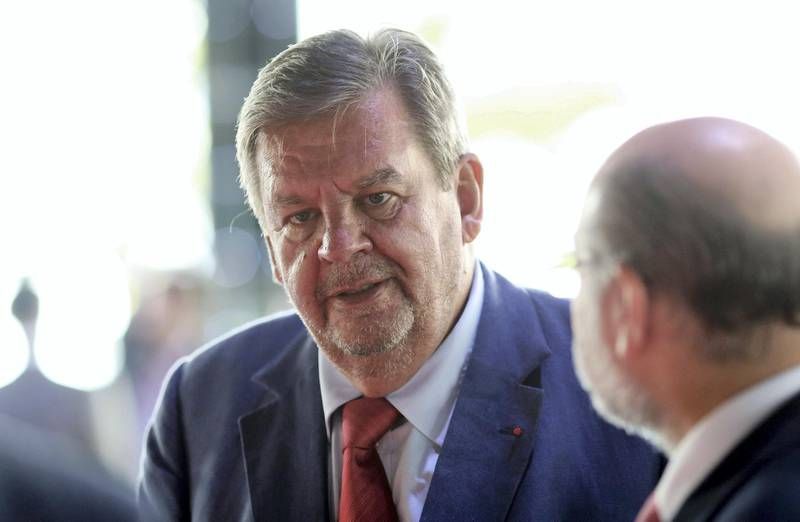 Johann Rupert said his ‘gut feeling’ is that the Chinese economy is going to suffer the impacts of Covid-19 and lockdowns longer than most people think. Bloomberg

Swiss watch and jewellery maker Richemont, the owner of the Cartier brand, said full-year profit more than doubled as the maker of Vacheron Constantin Swiss watches benefited from a bounce-back from the pandemic.

The company ended the year with €5.3 billion ($5.6bn) in cash, which chairman Johann Rupert said is a “source of strength”. Richemont also announced a special dividend.

However, shares plunged the most in more than two years after Mr Rupert said Chinese demand will be slower to recover than expected, clouding prospects for a market that has fuelled the luxury industry’s recent growth.

“Even if the worst of Covid is hopefully behind us, we face a global environment which is the most unsettled we have experienced for a number of years,” Mr Rupert said. “We face volatile times ahead.”

Richemont said the suspension of its business in Russia knocked €168 million off of profit. Executives confirmed some of its products were seized in Russia and said the financial charges taken cover its risks in the country. Mr Rupert called costs related to the seizure a “rounding error”.

The company suffered a financial hit in Russia, failed to strike a deal for its online sales unit and forecast rocky times ahead, particularly in the key market of China. The stock fell as much as 14 per cent on Friday, losing almost a third of its value this year.

The former investment banker’s comments raise questions about luxury demand, which has defied the recent economic gloom, buoyed by rich consumers who are more insulated from the effects of lockdowns and the cost-of-living crisis.

Mr Rupert said on a call with reporters that his “gut feeling” is that the Chinese economy is going to suffer the impacts of Covid-19 and lockdowns longer than most people think and that the country’s rebound will be slower than that of others. About 40 per cent of Richemont’s stores in that market are currently closed. 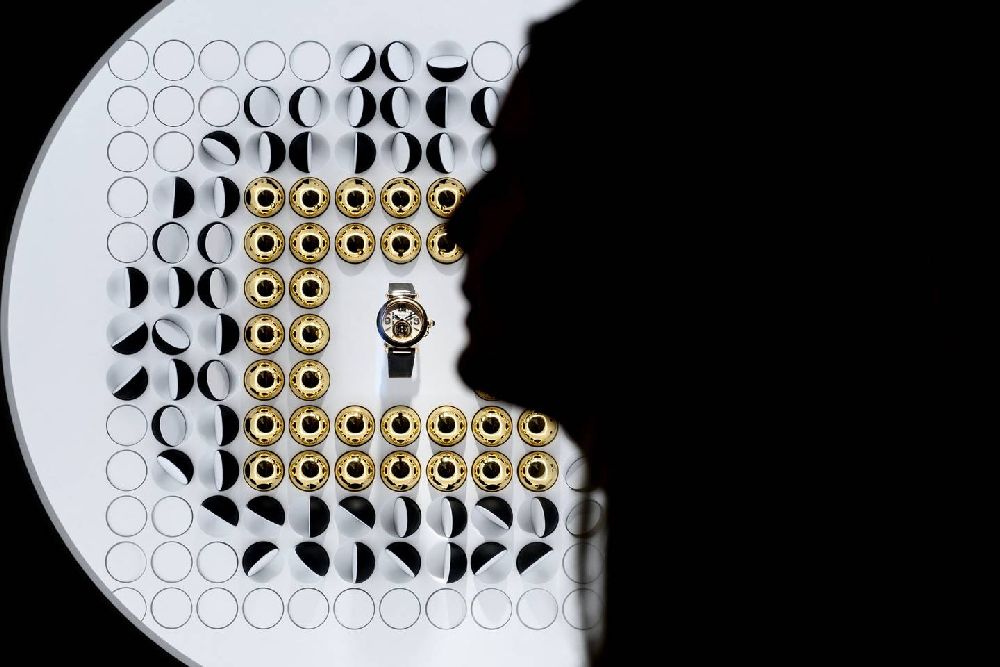 A watch from French luxury goods Cartier, owned by Richemont group, at a recent exhibition in Geneva. Cartier’s chief executive said China, where Richemont has about 3,000 employees, could face a ‘repeat of 2020’ if Covid infections accelerate. AFP

China, where Richemont has about 3,000 employees, could face a “repeat of 2020” if Covid infections accelerate, Cartier chief executive Cyrille Vigneron said.

“The country is going to take an economic blow,” said Mr Rupert, who founded Richemont in 1988. “There will be a temporary contraction.”

He clarified his comments by saying investors shouldn’t expect a triple-digit rebound in revenue from China and that it will be slower than the recent US recovery. Big companies in China are likely to cut jobs, weighing on consumers’ purchasing power, he said.

Richemont executives said revenue growth in the Asia-Pacific region was positive in April despite China. Rupert said the month was “OK”.

Political polarisation in the US and countries like France risks damping the “feel-good factor” that drives luxury consumption, Mr Rupert said. Also, inflation may lead to political demonstrations in some countries, he said.

“I’m worried about the crisis in basic foods,” the 71-year-old South African billionaire said. “We are going to have shortages. People riot when there’s no bread.”

“Caution is the word of the moment,” said chief financial officer Burkhart Grund.

The company said talks with partners for a luxury e-commerce alliance continue, but the process is protracted because it’s complex. Richemont is still in negotiations with Farfetch and other entities it declined to identify. The company aims to sell a majority stake in its online business, which operates sites such as Net-a-Porter.

QuoteEven if the worst of Covid is hopefully behind us, we face a global environment which is the most unsettled we have experienced for a number of yearsJohann Rupert, chairman of Richemont

Richemont said it looks “forward to concluding matters in the near future”.

Analysts at Citi said they expected a deal to divest the online luxury business called Ynap with minority stake sales in the business to Farfetch and others. Farfetch shares have lost almost three-quarters of their value this year.

The lack of a Ynap spin-off announcement is disappointing, although if discussions are progressing, that suggests a deal might happen this quarter, which runs through June, the Citi analysts said.

Asked about acquisitions, Mr Rupert said, “Let’s see if things calm down and if prices return to reality.”

“Central banks have behaved irresponsibly,” he said. “The people who did not need money got access to free capital. If you get something for free, you abuse it. Now unfortunately, the party is unwinding.”

The European, US and Japan economies are going to face a “dose of reality”, he said.