Event is bringing people together in a difficult time, says cardinal 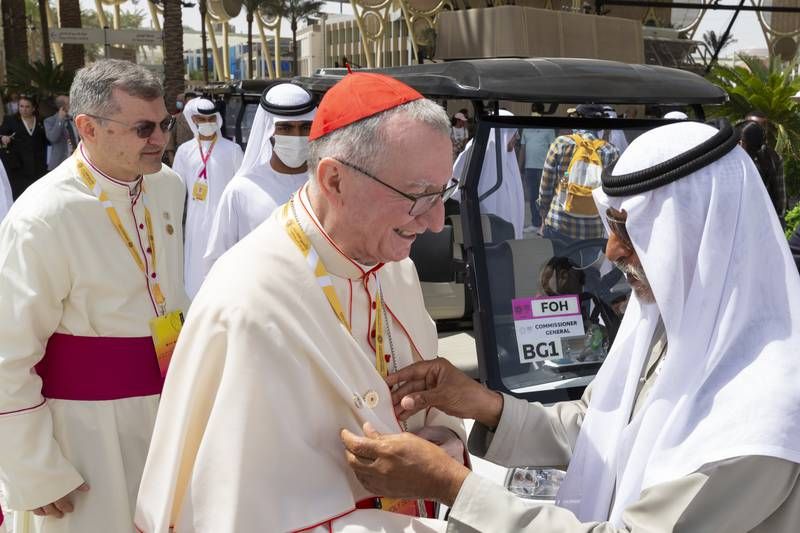 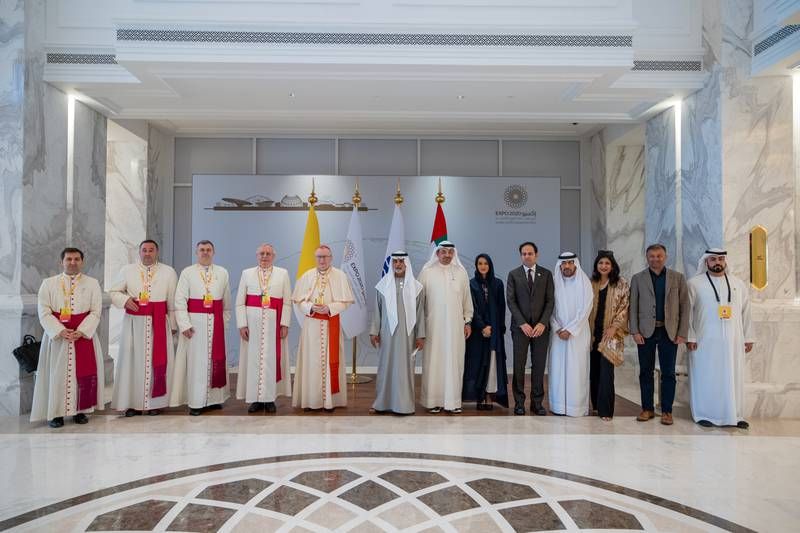 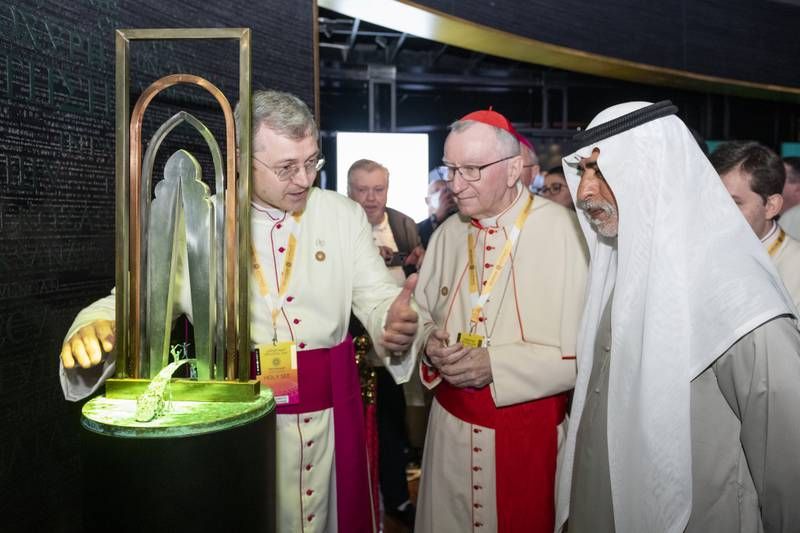 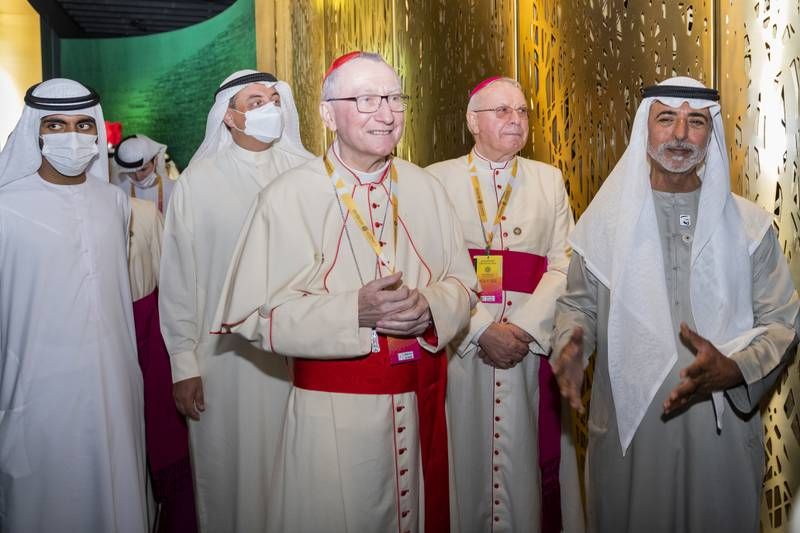 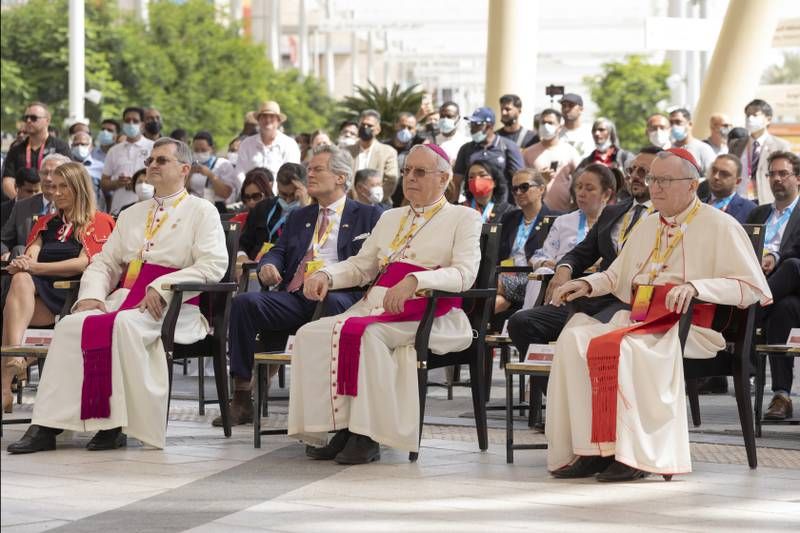 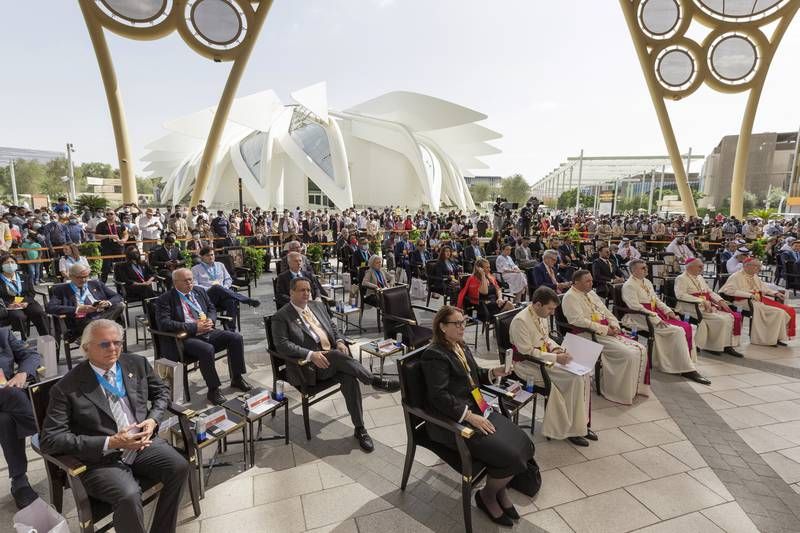 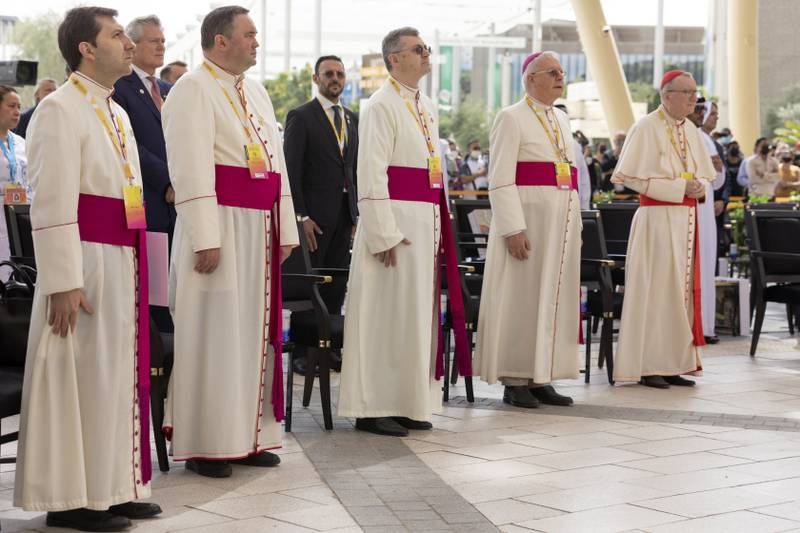 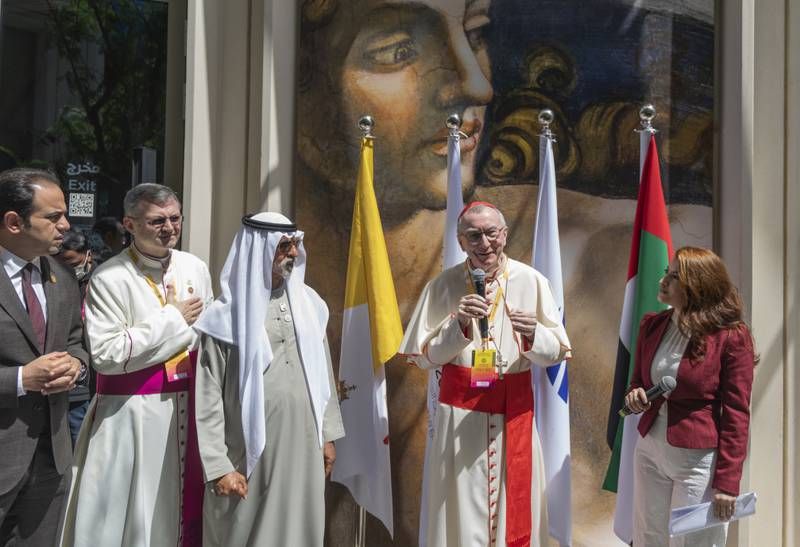 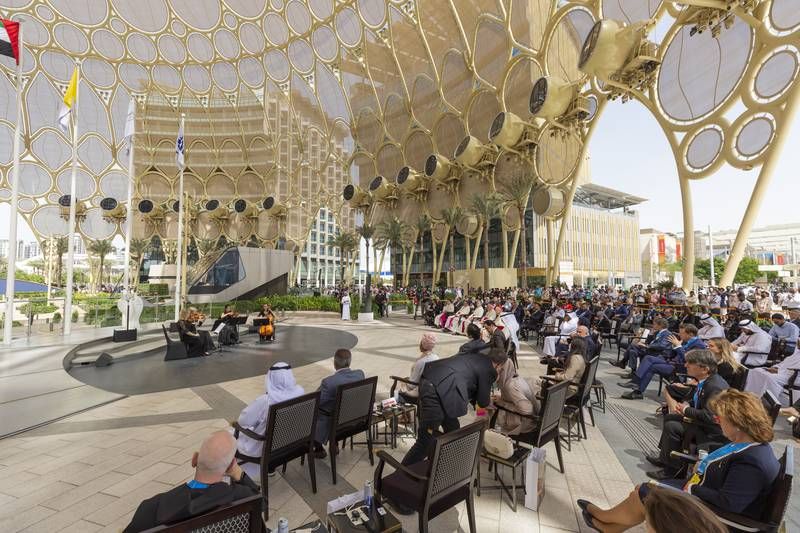 Expo 2020 Dubai has been a miracle that brought people together, despite the effects of the pandemic, a senior figure from the Catholic Church said.

Cardinal Pietro Parolin, the Vatican’s Secretary of State, made his comments during the Holy See national day at the expo site on Friday.

He heaped praise on the organisers of the event for uniting people in a time when division was rife.

“It is a real miracle, especially because of the pandemic, which isolated [people] very much. We need occasions like this to reunite us,” said the cardinal.

“In front of the many tensions and conflicts we are experiencing in many parts of the world … to give a sign like this that it is possible to come together in spite of, or because of, our differences, we are able to learn from others, from their cultural, spiritual, human background and to enrich ourselves.

“This is the only basis to build a new relationship amongst nations and people, otherwise we are destined to be always in conflict and this is not the way to build the world.”

Cardinal Parolin said the Holy See’s presence at the world’s fair was a reminder of how strong the bond was between the UAE and the Catholic Church, especially since Pope Francis visited Abu Dhabi in 2019. It was on that visit that the Pope and Ahmad al-Tayyeb, Grand Imam of Al Azhar University, signed ‘A Document on Human Fraternity for World Peace and Living Together’.

“There are many initiatives going on, on the basis of that document, especially in the field of education, which is the most important area – to educate the new generation to this idea of the fraternity,” said the cardinal.

“It is not a short journey, and we have to be very consistent and [think about] initiatives which can really help people to share their mind and live in this fraternal way with other people.

“The impact is good so far, but we have to continue and not give up on this.”

The opening of the apostolic nunciature in the UAE was a clear sign of the country’s growing relationship with the Vatican, said the cardinal.

He said he hoped the Holy See’s presence at the world’s fair would help to remind people from different cultures about what unites them.

“My wish is the people who are visiting the pavilion can have at least a little taste of what the Catholic Church is,” he said.

“We are trying to get united but the first way of getting together is to know each other.

“There was in the past many conflicts but there were also many attempts to get together, to understand, to respect, to collaborate, starting from Saint Francis when he visited the Sultan of Egypt.”

It is vital to remember that differences do not necessarily mean people have to be enemies, he said.

“I think the legacy [of the pavilion] can be a renewed appeal to unite mankind to understand that if we are different, we are not enemies,” said Cardinal Parolin.