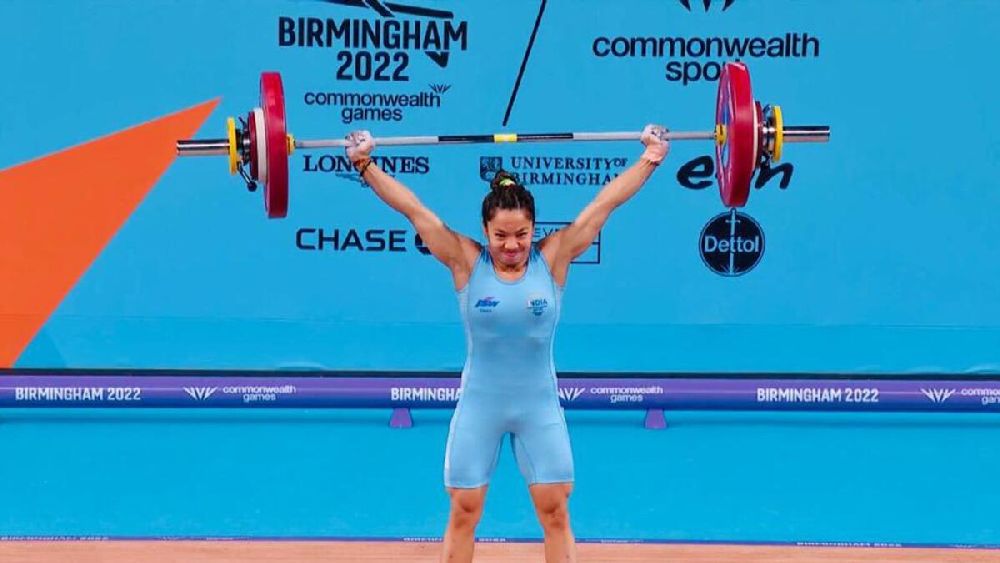 Hollywood star Chris Hemsworth, who is popular for portraying the Norse god of thunder, Thor, has showered praise on Indian weightlifter Mirabai Chanu, stating that “she is worthy” of his MCU character’s hammer, Mjölnir.

The praise comes after Chanu recently clinched India’s first gold medal in the ongoing Commonwealth Games 2022 in Birmingham. She won a gold medal with a combined lift of 201kg in the Women’s 49kg final.

Following her win, Chanu shared a celebratory tweet which was quoted by a social media user, who also tagged Hemsworth saying, “Time for Thor to give up his hammer Chris Hemsworth.”

The actor took note of the tweet and promptly responded by writing, “She is worthy. Congrats, Saikhom, you legend.” 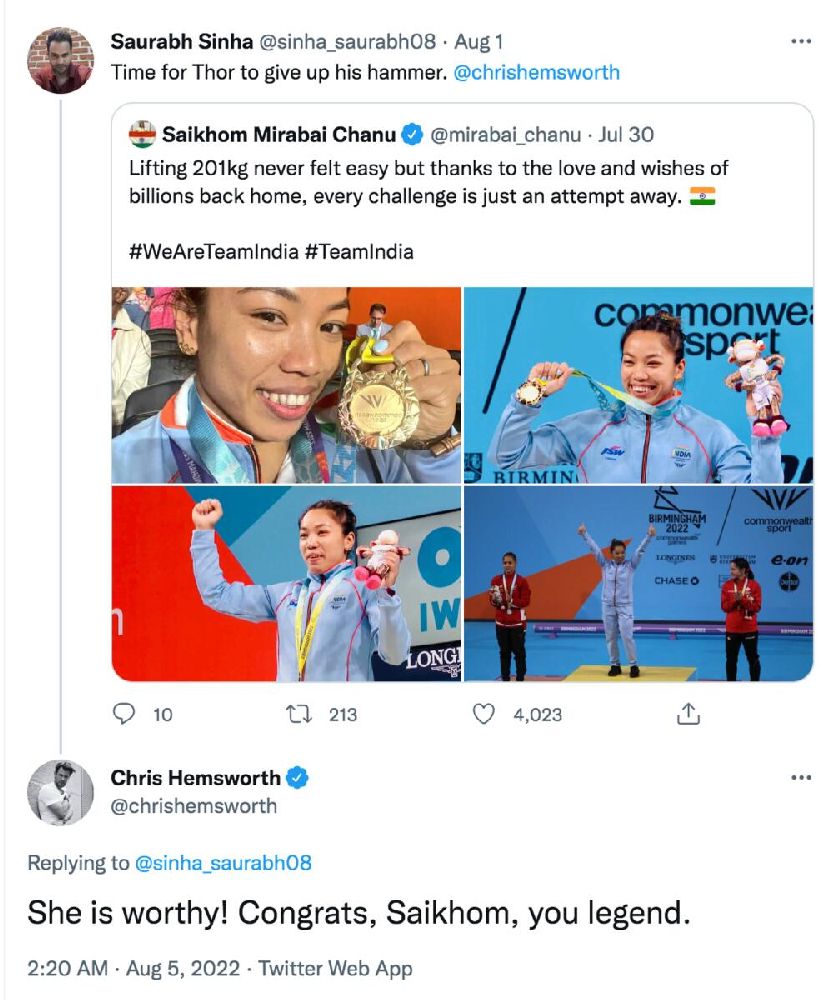 Chanu expressed gratitude by sharing, “Thank u so much @chrishemsworth Always love to watch you.”

In the Marvel comics and its accompanying cinematic universe, Thor’s hammer Mjolnir is a powerful magical weapon, which can only be lifted by those who are worthy of it.

Hemsworth’s tweet went viral on the micro-blogging platform as fans and followers of the actor appreciated him for acknowledging Chanu’s remarkable performance at the Commonwealth Games 2022.

“Now that’s a ‘Marvelous’ gesture from an actor of the Marvel Studios of tinsel town to an Indian sportsperson,” wrote a user.

In her first attempt at the Snatch category, Chanu made a great start and successfully lifted 84kg. She then effortlessly lifted the required 88kg in her second.

In the final attempt of the Snatch category at the Tokyo Olympics, she had left with a silver medal, having failed to lift 90kg, despite exhibiting stunning power.

In the Clean and Jerk lift category, Chanu exhibited a stunning display of power as she lifted 109kg in her first attempt. In her second attempt, she lifted 113kg.

In her final attempt at this category, she failed to lift 115kg.

Mirabai Chanu has come a long way from the Tokyo Olympics, to clinch India’s first gold medal in this star-studded multi-sport event.