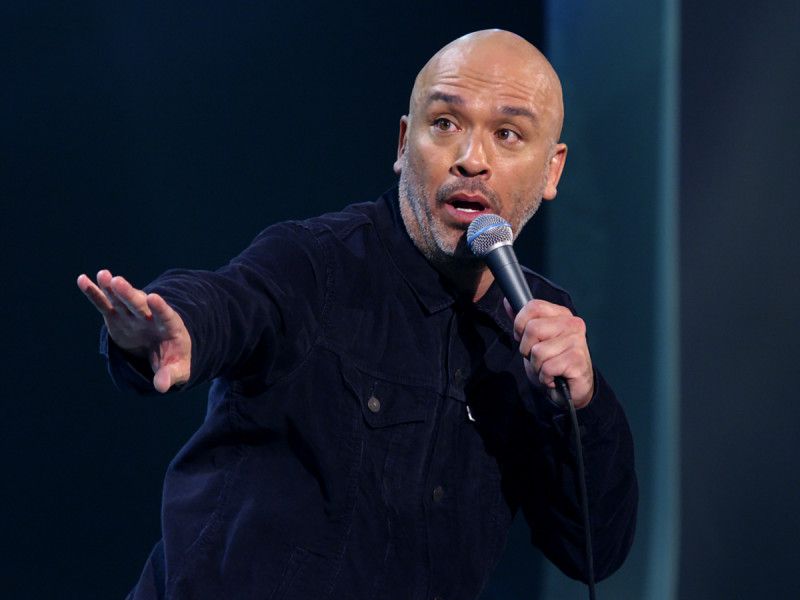 He spills the tea about his most embarrassing moment

Serving laughs aplenty, Dubai is fast becoming a hotspot for comedy and one legend is returning for seconds helpings.

Comedy sensation Jo Koy will be taking to the Coca-Cola Arena to kick off his rescheduled Funny is Funny world tour on Saturday May 14, with tickets now on sale.

Koy was due to perform in December 2021, but the comedian pushed the date until May 2022. He will be returning to Dubai following the runaway success of his Netflix specials and his sold-out Just Kidding World Tour.

Koy’s gags are both real and relatable and play on anecdotes from his own familial experience. Testament to the appetite for his family-themed brand of comedy is how he has been propelled from his humble beginnings of performing in coffee houses in Las Vegas to now selling out stadiums and amassing a whopping 1.3 million followers on Instagram.

Ahead of his much-anticipated show, Time Out Dubai has spoken with Koy. He wasn’t shy in spilling the tea about his most embarrassing moment and what we can expect in the future from the comedian.

What are you most looking forward to ahead of your Funny is Funny world tour?

“I have my family coming this time, so I have everyone coming with me and we get to enjoy the city as a family. Whereas last time we came, I was just by myself.”

“This time I get to see this beautiful place and also share it with my son and everyone else.”

“The last time I came, it was a rush. I was here for a few days so I didn’t really get to see much. I went to the top of the Burj Khalifa and we got to go to old town Dubai. Now I get to go out to the desert and do deep-sea diving. My stay is longer [this time] and I want to entertain my kid.”

What can fans expect from you in the near future?

“[The show] is a whole new hour set, so anything that you have seen, any of my specials, I am not doing those. I am doing brand new ones and I can’t wait because it’s funny. I love it.”

“I have another special with Netflix, it’s my fourth one and I am going to shoot it in March in LA, so that means that anyone in Dubai gets to see it before anyone else.”

“I made a movie with Stephen Spielberg’s company DreamWorks. It is called Easter Sunday. We shot it in Vancouver and it comes out on April 1 2022 and I am just proud to say that 90 percent of the cast is Filipino.”

“It is going to be a theatrical release, it is not going to be streaming [and will be] in two theatres only. And I am just honoured that Stephen was the producer of this film and backed it 100 percent. Those are the two things that are coming up real soon.”

When it comes to your comedy, are there any off-limits topics?

“When it comes to my family, I am an open book so I will do a tonne of stuff and give out a lot of unfiltered stories. That is just how I am and I think that is why people love it.”

“Because they embrace it more when they hear the similarities or can relate to it. Other topics I will stay away from if I am not feeling what or how it would be received generally so I tend to turn away from certain topics.”

Do you feel like it is harder for comedians these days?

“Every generation is different and you have got to learn how to adjust and understand and I don’t see anything wrong with that.”

“Harder? No, I don’t think it is harder. I think that if you are too lazy to at least adjust or change with the times and there’s nothing wrong with that. It depends on what style of comedy you are doing. There’s jugglers, there’s political, there’s music, there’s family.”

“There are so many different styles and genres of comedy. There are certain genres that have to be politically correct because they are talking about a certain climate that is going on in the world.”

“Then there are people like me who are just talking about my mum and my son and I am going to go ahead and speak my truth. Talk about what is really going on.”

“Then again, I do sort of feel like there are certain topics or certain cultures that are not being represented and I think that is important. To talk about certain types of racism and things that are happening in the industry that need to be identified.”

“So I feel like that is my calling and that’s where I like to go. And if I can represent my people in a town that doesn’t really represent any Asians at all then I want to feel like I am one of many voices that should be heard.”

Do you have a pre-show ritual?

“Getting heckled at a show because I was talking about this guy’s sister. But I didn’t know it was his sister.”

“It scared me, it was when I had just started doing stand up and was five years in at a country bar. It was like the worst situation that I have ever been in but I got out of it.”