vivo seems to have achieved many ‘world’s first’ since its inception. What are some of these milestones and how have they contributed to the brand’s ongoing innovation?

Yes, correct. What most people won’t know is that vivo has achieved notable ‘world’s first’ accolades at a time when the smartphone market was beginning to get competitive. Twice we’ve been record holders for launching the world’s thinnest smartphones (at the time of their respective releases); first in 2012, with the X1, and then again in 2014 we reclaimed the title with our X5Max (4.75mm).

Elsewhere, in 2014, when we began operating globally, vivo released Xplay3s, the world’s first smartphone with F1.8 aperture and optimal image stabilisation, which considerably improved our photography. 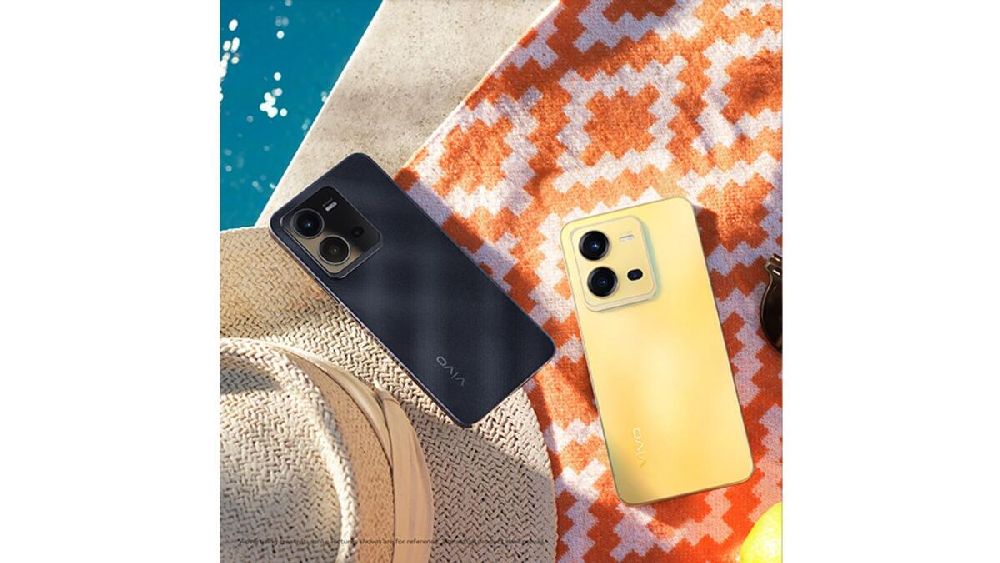 Then in 2018, we launched the X20Plus UD – the world’s first in-display fingerprint scanning smartphone. It is a remarkable milestone we are proud of to this day.

All of the above milestones have significantly contributed to our growth as an innovative smartphone that delivers world class performance, enhanced photography, and trendy design.

A key pillar of our success comes down to our reliance on rigorous research – which underscores our dedication to innovation. Hence, 75 per cent of vivo’s workforce is engaged in R&D. As such, we’ve established research and development centres in major cutting-edge tech cities across the world.

What are some of the innovative partnerships vivo has formed to elevate its smartphones?

We know that to innovate as a brand means forming fruitful partnerships that accelerate our growth from a technological standpoint. We acknowledge that such partnerships are the gateway to an increasing customer base across global markets.

One such partnership was with ZEISS, to develop breakthrough improvements in mobile imaging technology. Our very first vivo ZEISS co-engineered imaging system was featured in the vivo X60 series models. Partnering with a global opto-electronics leader enabled us to take mobile photography to the next level for our customers.

We also partnered with National Geographic to host a professional mobile photography competition, called the VISION+ Mobile PhotoAwards in 2021. Through this collaboration, we wanted users to show their creativity using vivo’s breakthrough mobile imaging features. Creators from over nine countries from different backgrounds participated in the competition.

In the Middle East, what are the countries vivo is present in currently?

How does vivo feel about being the official sponsor and official smartphone of the FIFA World Cup Qatar?

It goes without saying that our partnership with the FIFA World Cup in Qatar is one of our most exciting ones to date. Especially considering that the country is the first in the Middle East and Arab region to host a Football World Cup.

We signed an agreement with FIFA in 2017 to become its official sponsor and smartphone sponsor until 2023. Within this partnership, we’ve launched several campaigns including the #GiveItAShot campaign, which encourages fans to do special vivo filters and post memorable FIFA moments on Facebook, Instagram, and TikTok with the hashtag, creating a community experience. 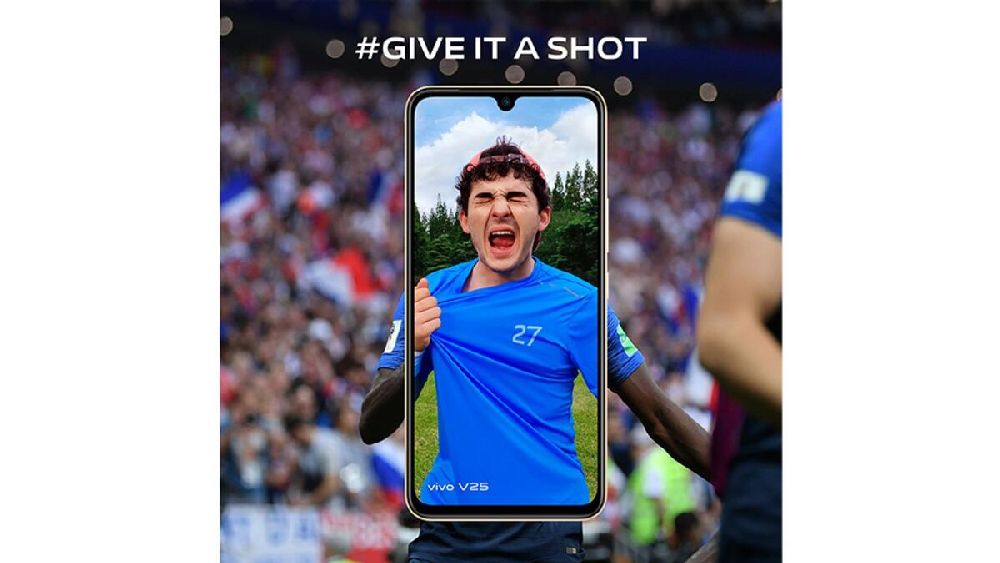 We are spreading humanistic joy by bringing together international football fans to share their most memorable moments with the world through our campaigns. Our partnership with FIFA means more growth opportunities for vivo in the Middle East and other markets as we gain exposure worldwide.

Is vivo a smartphone of choice in the Middle East? What does its growth look like in the region?

For the past three years, vivo has been the fastest growing smartphone brand across the Middle East. Considering we only entered the region in 2019, we’ve managed to quickly win over many customers with our innovative smartphones.

These are big figures for us, but we know our performance is set for record-breaking growth with our Y, V, and X series’ smartphones.

Through our belief and investment in meaningful innovation, we’ve created our X, V and Y series, which have set the benchmark for mobile-capable world class photography, design, and top tier performance suited for everyone with different needs. The X series redefines professional photography, V series is pioneering photography flagship, and Y series is bringing delightful entertainment experience to our consumers. 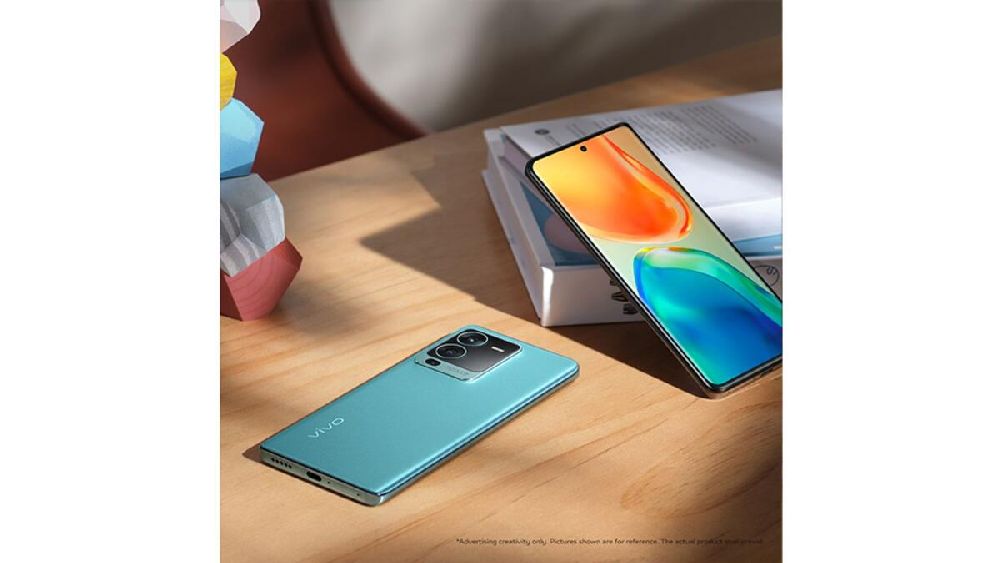 What can we expect from the most recently launched vivo V25 series?

Most recently, we launched the V25 series, which comprises of two smartphones – the V25 and V25 Pro. As this is our latest series, the V25 smartphones have been developed with our most advanced innovations in technology, which is reflected in its flagship level camera features, new and improved high performance, and innovative colour-changing design.

Some of the camera features users will love in this series include Super Night Video, Vlog Movie, Hybrid Image Stabilisation, and much more. The Multi-Style Portrait feature in the smartphones also allow users to unleash their creativity with the Motion Blur effect, a new style which innovatively separates people from the background for a better portrait creation experience. The performance of the series is excellent, providing a greater AI-imagining capacity to effortlessly produce stunning 4K videos and smooth gaming experiences. In addition, the series prioritises user experience on another level with its new industry-leading Bionic Cooling System and can power from 0 to 71 per cent battery charge in 30 minutes.

Currently, the V25 and V25 Pro smartphones are available across all the GCC countries in a reasonable price.

For more information about the products, you can visit www.vivo.com.

Does vivo plan on introducing 6G in its smartphones in the near future?

We’re well aware that 6G will provide super communication, information, and converged computing services. It will also provide better core capabilities and bring another level of connectivity between us human beings. In fact, we have done our part in researching 6G – the vivo Communications Research Institute released its third 6G white paper earlier this year on how 6G will shape people’s lives beyond 2030.

Our research and development for 6G, however, still remains in its early stages, as we are continuously refining 6G scenarios through carrying out in-depth research and experimental verification of potential 6G technologies.