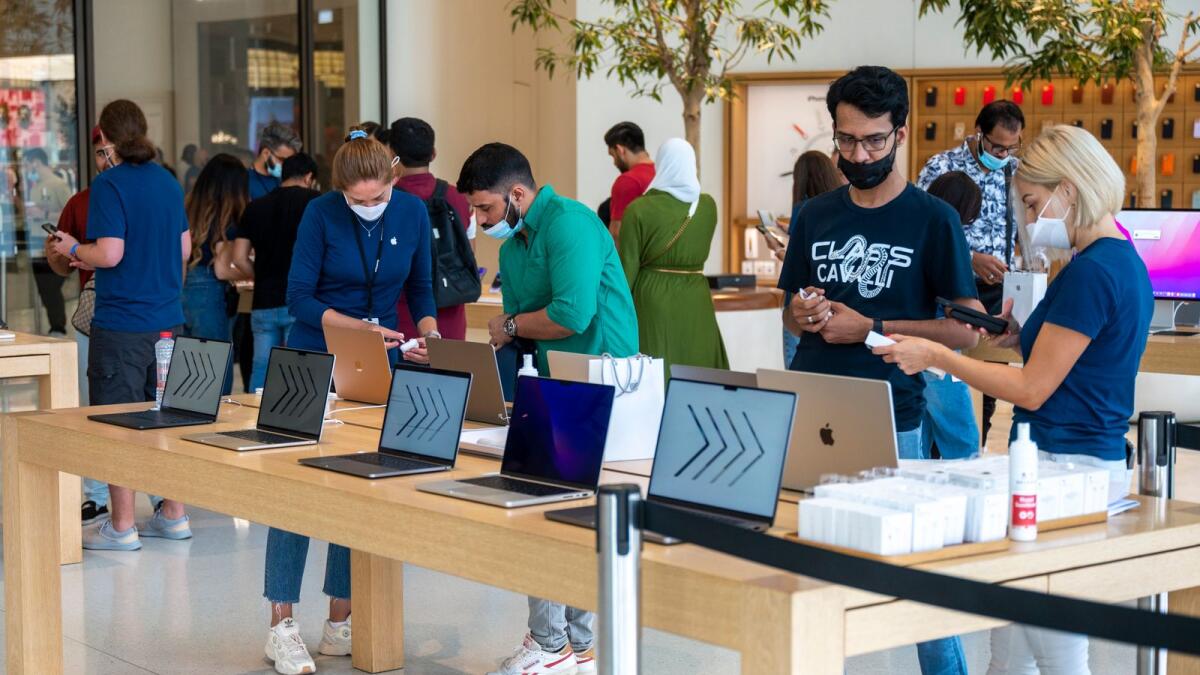 UAE consumer behaviour adopted during Covid-19, particularly with regard to online shopping, are here to stay, according to sectoral research.

According to data from GfK, a German market intelligence company, in the last six months, 72 per cent of UAE consumers surveyed say they research online before making a purchase, while an astounding 85 per cent made online purchases through a shopping app.

“Before Covid-19, the share of online purchases constituted less than 20 per cent of overall sales. However, this shot to above 26 per cent during the pandemic. This has now stabilized to around 22-23 per cent, which means that online shopping in the UAE is holding on to most of its gains,” Hakim Amar, Head of Retail Partnerships, MENAP (Middle East, North Africa and Pakistan) at GfK, told Khaleej Times in an interview.

GfK mainly tracks the technical consumer goods (TCG) markets. According to GfK, Retailers have evolved in the Post Covid era. For the coming years, they will have to take into account three key factors to continue driving sales momentum, namely Product Assortment, Price & Promotions, Product Bundles, and Retailer Positioning to win in the market. “This promotional variant is a very important factor for the approach of the UAE consumer in general,” Amar said. One of the reasons is that according to the company’s findings, UAE consumers are well-trained to bargain hunt, with a continuous promotional calendar throughout the year. The Telecom market contributes to 56 per cent of UAE sales. 46 per cent of the annual TCG revenue is generated during the iPhone Launch, DSF, Ramadan, Eid, and the Dubai Summer Surprise promotional periods, GfK data shows. “Smartphones sales in particular are very dynamic. In the coming 12 months, availability and brand equity will play a pivotal role in purchase behaviour. We have seen that while the price conscious consumers are willing for the right promotion, there is a sizeable proportion of buyers who value the brand and will spend the extra dirham to get what they need.” Amar said.

Another major segment that is likely to continue to do well in the new year is the panel TV (PTV) segment. “In 2022, we have seen large screen sizes gaining traction due to better pricing and availability. This has helped tap into important niche consumer as we are witnessing rising demand for those sets that are bigger than 80 inches, even 10 inches,” Amar said. According to GfK data, this PTV segment has grown 23 per cent, and is forecasted to continue performing well, and reaching a wider demographic in 2023.

Coming to the personal computer (PC) market, GfK data show that while the general market dealing with home and business PCs has remained fairly steady, recording 15.1 per cent growth, the gaming PC market has surged ahead with 25.2 per cent increase. “We do continue to observe substantial growth in the PC gaming market and a very big acceleration in that regard,” Ammar said. The market is being driven no longer by volume but by values, he added.  This has led to a change in the retailers’ approach as well. “Earlier we saw the mass market players like Carrefour stocking only the regular PCs while the niche players like Sharaf DG or Virgin displaying the gaming machines. However, with the change in consumer behaviour, we now see even regular stores keeping gaming PCs as well,” Amar said.