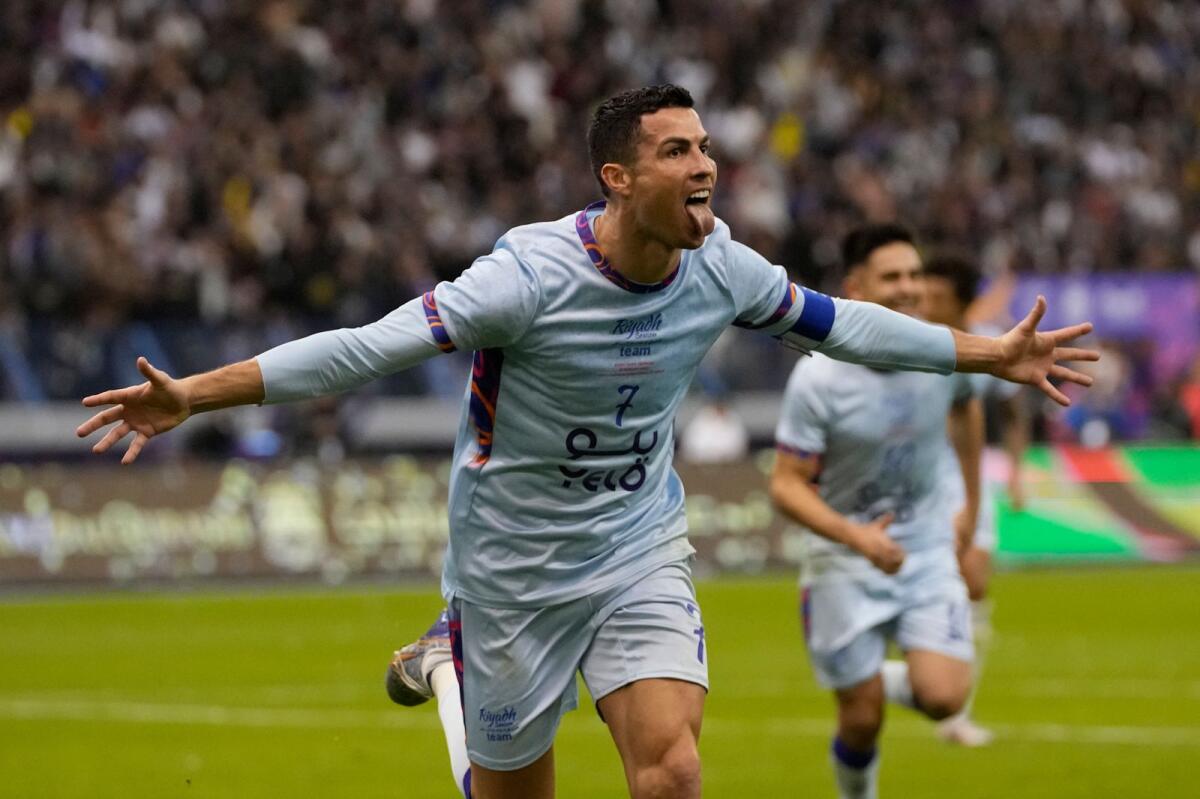 After sharing the stage with illustrious peer Lionel Messi and the likes of Kylian Mbappe and Neymar in Saudi Arabia on Thursday, Portuguese ace Cristiano Ronaldo will make his bow in the Saudi Pro League for the first time.

The 37-year-old, who scored twice for Riyadh Season Team, drawn from his new club Al Nassr and Saudi rivals Al Hilal, in the 5-4 defeat to French champions Paris Saint-Germain, is set to make his Al Nassr debut when the club hosts Al Ettifaq on Sunday.

The Portuguese forward, who arrived at the Arab team earlier this month on a deal until 2025 estimated by media to be worth more than 200 million euros ($216.34 million), was supposed to make his debut much earlier but had to comply with a two-match ban.

The Portuguese star had been banned for two games due to a disciplinary action taken against him by FA following Manchester United’s 1-0 defeat against Everton last April.

The 37-year-old footballer was all set to play his first game against Al Ta’ee at Mrsool Park in the Saudi Pro League, when he was informed of the ban.

In November, Ronaldo was found guilty of improper and violent conduct by the English FA and suspended for two matches for smashing a teenage fan’s phone after the Everton defeat.

Video footage appeared to show Ronaldo angrily taking the phone out of the boy’s hand and smashing it on the floor as he walked down the tunnel after the match.

He was handed a £50,000 fine along with the ban, but he could not serve the suspension as his contract with United was terminated. The ban would apply whenever Ronaldo joined a new club.

Ronaldo served the two-match ban in the Saudi Pro League and sat out the games against Al Ta’ee and Al-Shabab.