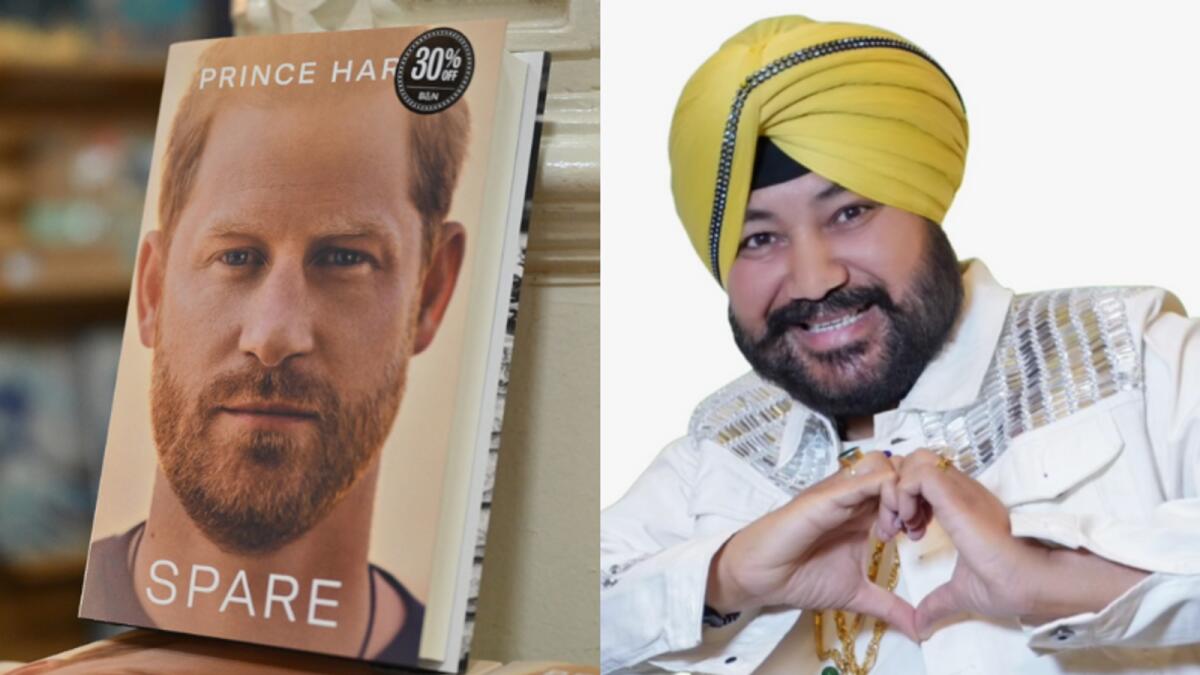 Popular Indian singer Daler Mehndi has fallen for a parody tweet in an unfortunate yet hilarious event.

The tweet claimed that Prince Harry listened to Daler Mehndi’s music in his “lowest moments”. It added a false quote from the Prince’s new book ‘Spare’, to add credibility.

The false quote read: “In the times I felt alone and separated from my family, I always took time to myself to sit back and listen to Daler Mehndi. His lyrics resonated with me and got me through a lot.” 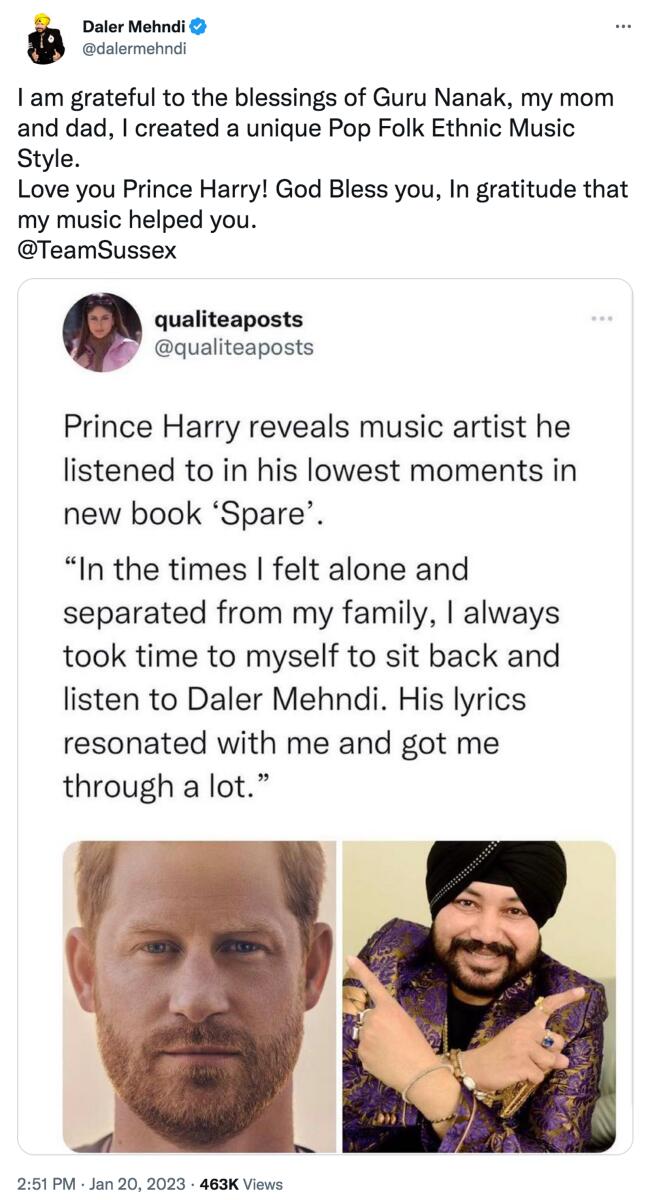 The popular singer tweeted a screenshot of the tweet posted by spoof account @qualiteaposts, and thanked the former British Royal.

He said: “I am grateful to the blessings of Guru Nanak, my mom and dad, I created a unique Pop Folk Ethnic Music Style. Love you Prince Harry! God Bless you, In gratitude that my music helped you.”

Twitter users replied to the now viral tweet with hilarious responses of their own. “Yikes. Daler ji, how do we tell you,” one user said.