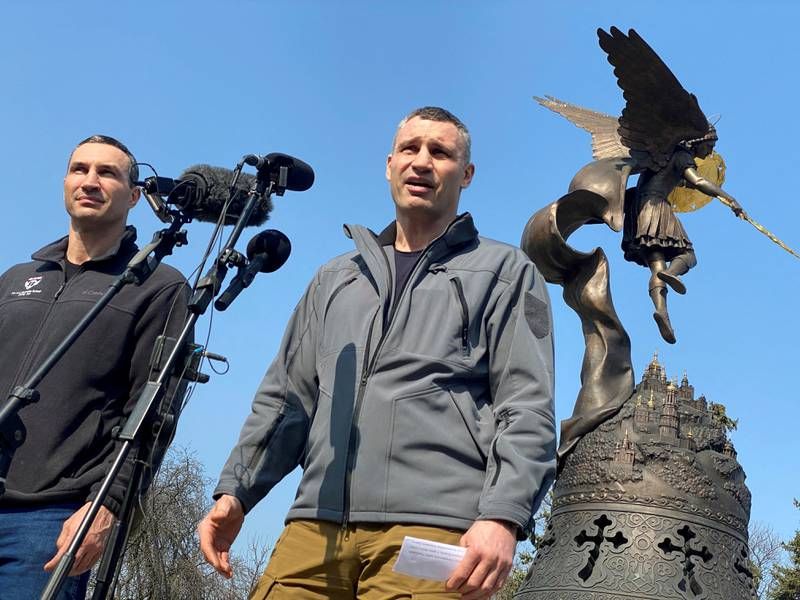 The Klitschko brothers, Vitali (right) and Wladimir, will discuss the war in Ukraine at the Open Forum Davos on Monday. Reuters

Part of the World Economic Forum annual meeting, the “Open Forum Davos” includes a number of sessions running daily, which anyone can attend. The main meeting is accessible only to the 2,500 delegates invited to participate.

Ms Murad is taking part in a panel discussion about how to foster peace amid conflict.

The Klitschko brothers, Vitali and Wladimir, will discuss the war in Ukraine on Monday. Vitali is mayor of Kyiv.

On Wednesday, Sakena Yacoobi, executive director of the Afghan Institute of Learning, will join a talk about how refugees are treated with regards to race.

Ugandan climate activist Vanessa Nakate will explore how to turn “words” into action on global warming. 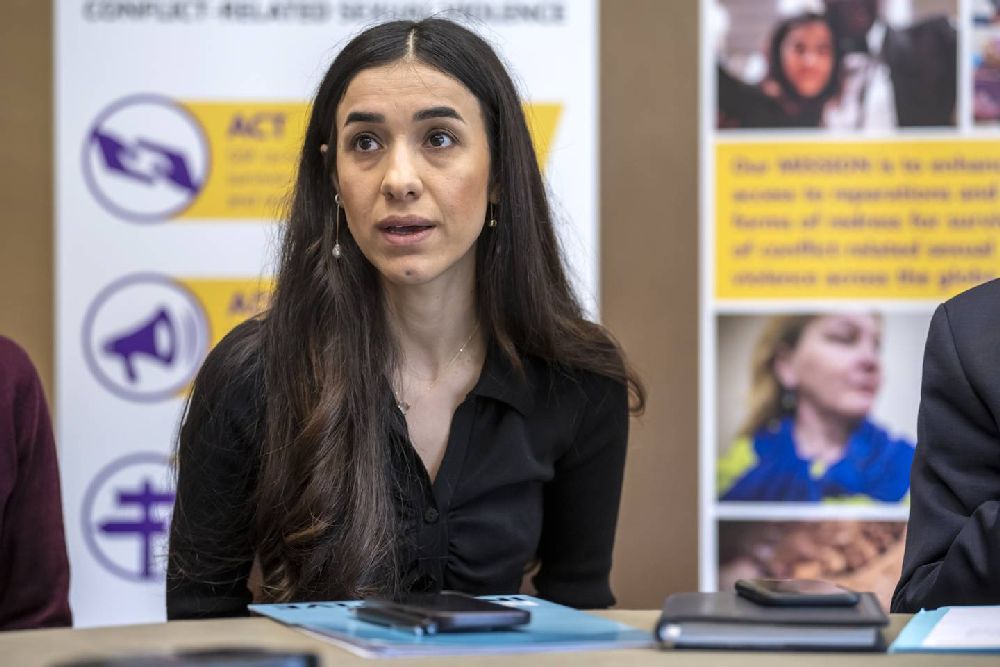 Nobel Peace Prize laureate Nadia Murad will take part in a panel discussion about how to foster peace amid conflict at the ‘Open Forum Davos’. EPA

Young people’s mental health after the pandemic is also on the agenda for the debates, which have been running for 19 years and bring together the public and experts, business leaders and policymakers.

The annual meeting is being held this week in the Swiss mountain resort instead of its usual January slot in the calendar after Covid-19 related delays.

Monday’s early sessions during the main meeting include discussions about reskilling, future-proofing health systems, and the path to net-zero carbon emissions.

There will also be an address by Ukrainian President Volodymyr Zelenskyy by video link.

Members of the US Congress, including Senator Chris Coons, Senator Joe Manchin and Senator Patrick Leahy, are also scheduled to take part in discussions on the outlook of the world’s largest economy.

A session about a new Cold War includes Michael McCaul, the ranking member of the House Foreign Affairs Committee in the US House of Representatives, and Ukraine member of parliament Ivanna Klympush-Tsintsadze, who is responsible for the country’s relations with the EU and Nato.

There will be a session on the economic outlook for the Middle East and North Africa that will include Bahrain Finance and National Economy Minister Sheikh Salman bin Khalifa and Saudi Arabia’s Finance Minister Mohammed Al Jadaan. Investcorp vice chairman Mohammed Alardhi and Majid Al Futtaim chief executive Alain Bejjani will also take part in the session.

Former US Secretary of State Henry Kissinger will also be in conversation with Forum founder Klaus Schwab on Monday.

The outlook for Afghanistan will also be discussed by UN Development Programme chief Achim Steiner and Pakistan’s Minister of State for Foreign Affairs, Hina Khar.

IMF managing director Kristalina Georgieva is scheduled to take part in a discussion about central bank digital currencies on Monday.

Davos 2022: what is on the agenda at this year’s World Economic Forum?