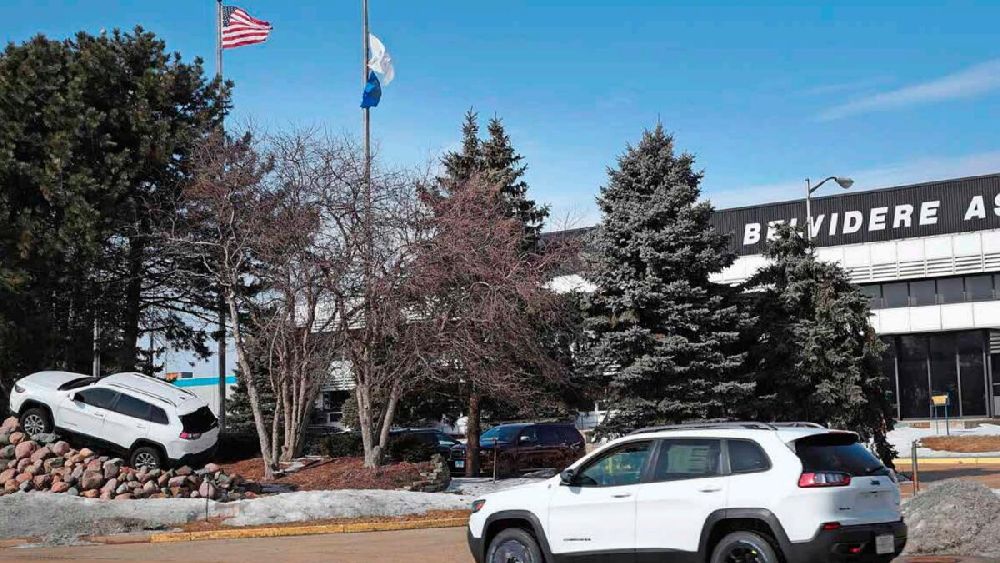 The Jeep Cherokee was a strong seller just a few years ago. In 2019, a plant in Belvidere produced about 190,000 of the sport utility vehicles, employing close to 5,000 people and operating three shifts a day.

Since then, sales have fallen. The factory laid off the third shift, and then the second. This year it is on track to make fewer than 20,000 vehicles.

Even so, it was a shock when the manufacturer, Stellantis, announced this month that the 57-year-old plant would shut down indefinitely at the end of February, putting 1,350 people out of work. And there is fear across the area, an hour’s drive west of Chicago, that “indefinitely” could mean forever.

Shane Mathison, a line operator who has worked at the Belvidere plant since 2006, said the news hit hard at home, especially for his wife. “She’s freaking out,” he said. “She’s scared to death. But I told her, we’ll make ends meet. If I have to wash dishes at two different places, I will. I have to do what I have to do for the family.”

The prospective shutdown is a fresh sign of upheaval in the American auto industry. Beyond threatening economic pain locally, it adds a contentious element to looming labour negotiations with the company and a hard-fought leadership race in the United Auto Workers union.

Sales of the Jeep Cherokee, a midsize sport utility vehicle, have been slowed by the shortage of computer chips that has hindered auto production around the world for the last two years. Several times Stellantis has halted Cherokee production to divert the chips it had to larger, more profitable vehicles such as the Grand Cherokee and trucks like the Ram pickup.

The Cherokee is also in a crowded, highly competitive segment, and is an ageing model. It had its last major redesign in 2014. By contrast, new versions of the Chevrolet Equinox, Ford Escape and Toyota RAV4 have all been introduced in the last four years. An updated Honda CR-V arrived this summer.

At the same time, the auto industry is investing billions of dollars to transition to electric vehicles, one of the most fundamental shifts in the industry in more than 100 years. A half dozen automakers are building battery plants in Georgia, North Carolina, Michigan, Tennessee and Kentucky. Computer chip producers, moving in part to meet the automotive demand, plan new plants in Ohio, Michigan, New York and Arizona, with the help of subsidies under the CHIPS and Science Act, passed by Congress in July.

For now, the northwestern corner of Illinois is bracing for the effects of the idling of the plant, the largest employer in Belvidere, which has a population of 25,000. At Buchanan Street Pub, Jim Edwards, the bar manager, fretted at the notion.

“It’s been affecting us,” he said. “You don’t have that second and third shift coming by anymore. Most of the workers live here in Belvidere. It’s going to be a ghost town.”

The factory is also an important economic engine for a wider area. “There’s always a big hole left when a plant closes,” said Tom McNamara, mayor of Rockford, a city of 147,000 just west of Belvidere. “Auto assembly is a big jobs multiplier. When the plant closes, there are a lot of suppliers and other businesses that will be affected.”

Stellantis, formed two years ago through the merger of Fiat Chrysler and France’s Peugeot, is solidly profitable, having reported 8 billion euros ($8.5 billion) in net income for the first half of the year. But it is also spending heavily to catch up to Tesla, General Motors and Ford Motor in EVs. The company said this year it would invest $2.5 billion to build a battery plant of its own in Indiana.

“Our industry has been adversely affected by a multitude of factors like the ongoing Covid-19 pandemic and the global microchip shortage, but the most impactful challenge is the increasing cost related to the electrification of the automotive market,” Stellantis said in a statement.

Earlier this year, it seemed the Belvidere plant might become a key part of the company’s strategy. It was in the running to produce battery-powered cars, but Stellantis chose to retool a plant in Brampton, Ontario, instead.

Stellantis said it planned to try to transfer Belvidere workers into positions at other plants that have openings.

The UAW, which is heading into contract negotiations with Stellantis next year, will push the company to keep Belvidere open and assign new models to the plant.

“A plant can’t be permanently shuttered without the buy-in from the UAW,” Dziczek said. “So this is a really significant round of talks coming up.”

The president of the UAW, Ray Curry, said in an interview that he had been having discussions since August with Stellantis’ chief executive, Carlos Tavares, as well as officials of the Biden administration and the Illinois governor’s office in a push to keep the Belvidere plant alive.

“The corporation is looking at scenarios for putting product in Belvidere,” he said, “and I can tell you the governor has not given up, I have not given up, and we are all advocating for the survival of that plant.”

The plant is certain to become a key topic next year when the UAW membership chooses a president. Curry finished slightly ahead of a reform candidate, Shawn Fain, in a field of five presidential candidates in a November election. Curry and Fain will face each other in a runoff early next year.

Fain said he would push Stellantis hard to assign new models to be built in Belvidere and preserve jobs. In the past, he said, UAW leaders have been too willing to accept wage, benefit and job concessions sought by Ford, GM and Stellantis.

“These companies have had near-record profits for 10 years now,” he said in an interview. “You have workers who’ve worked their butts off and have done their part.”

Even if the UAW is able to negotiate a future for the Belvidere plant, it will probably remain idle long enough to force some workers to retire, transfer or move on to new jobs.

Mathison, the union line operator at Belvidere, may be one of them. He said he planned to look into going back to school to become a certified nursing assistant because a transfer to another state would be difficult.

This article originally appeared in The New York Times.