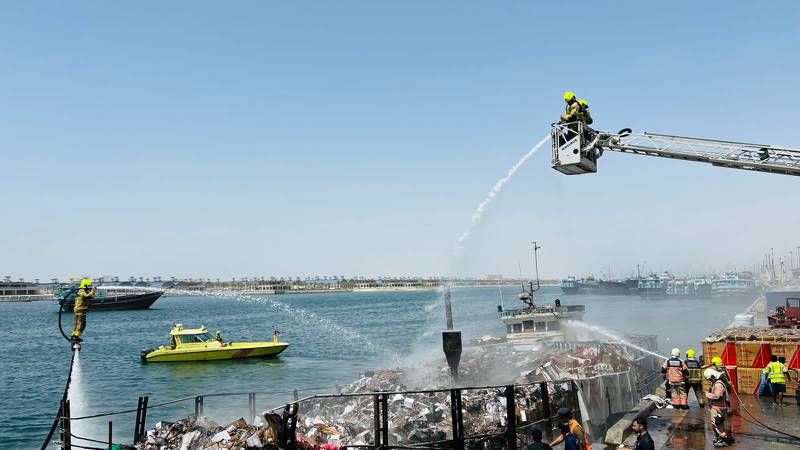 A fire that broke out on a dhow boat moored at Hamriyah Port on Thursday has been brought under control.

Dubai Civil Defence responded to a report of a fire at the busy seaport shortly before midday. 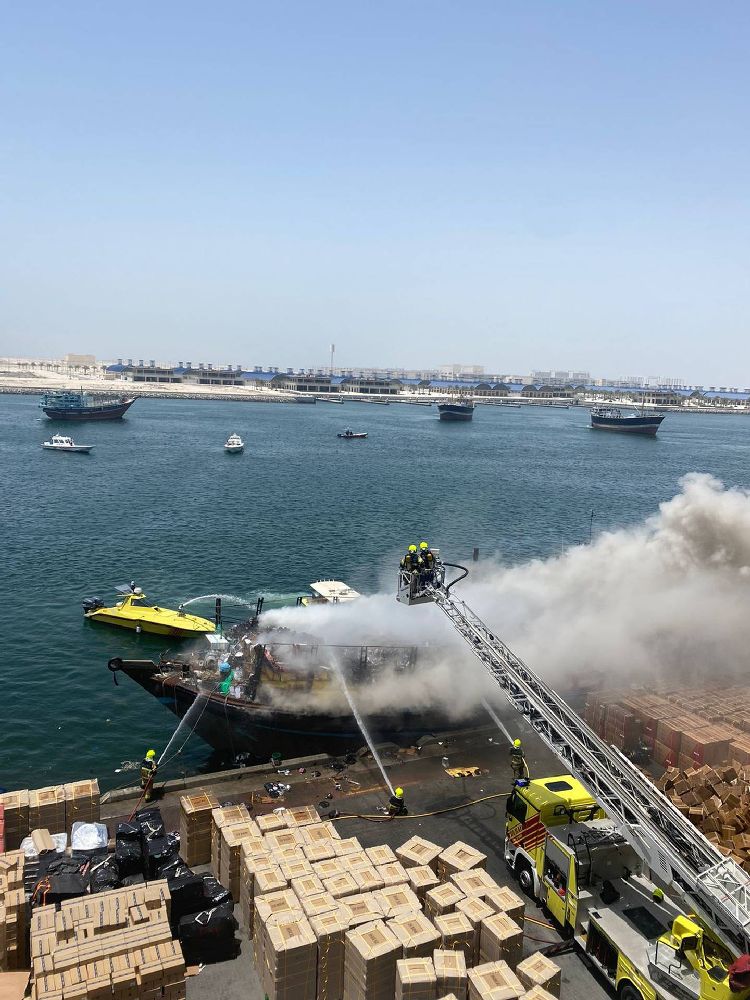 The dhow is covered in smoke as crews bring the fire under control.

Fire fighters from Hamriyah Fire Station, supported by the specialised Maritime Rescue Team, arrived on the scene to find a large amount of smoke coming from the wooden dhow boat amid some flammable materials.

The various specialised teams started evacuation operations and managed to bring the blaze under control by 12.24pm, after which the necessary cooling operations began.

Dubai Civil Defence said there were no casualties as a result of the incident. 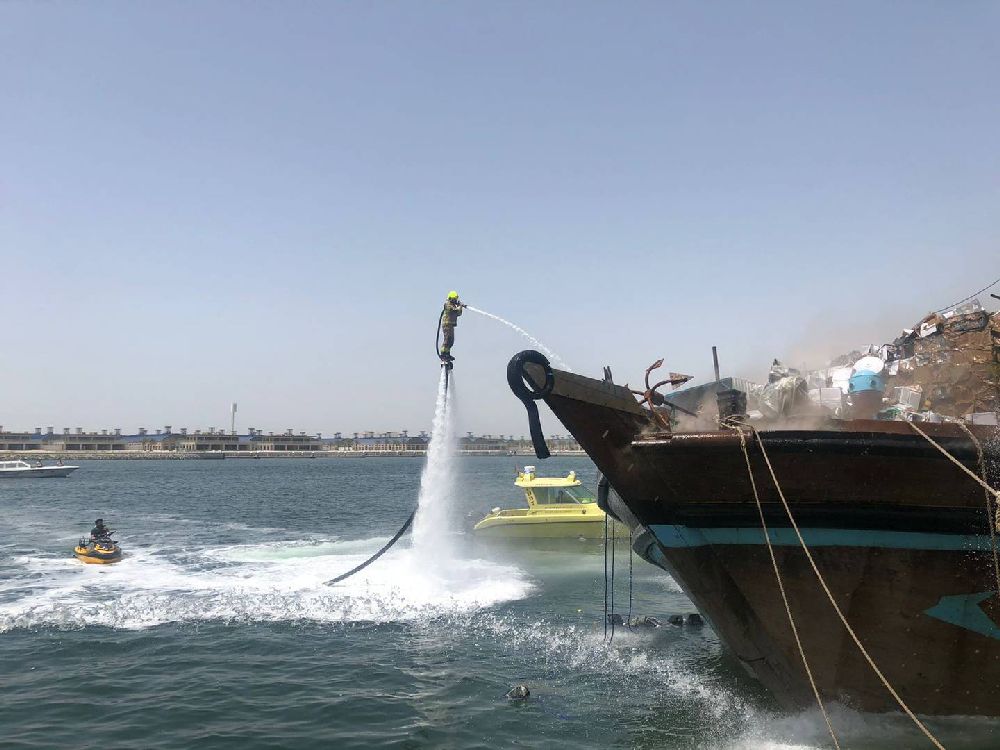 Specialist teams using the latest equipment to tackle the fire.