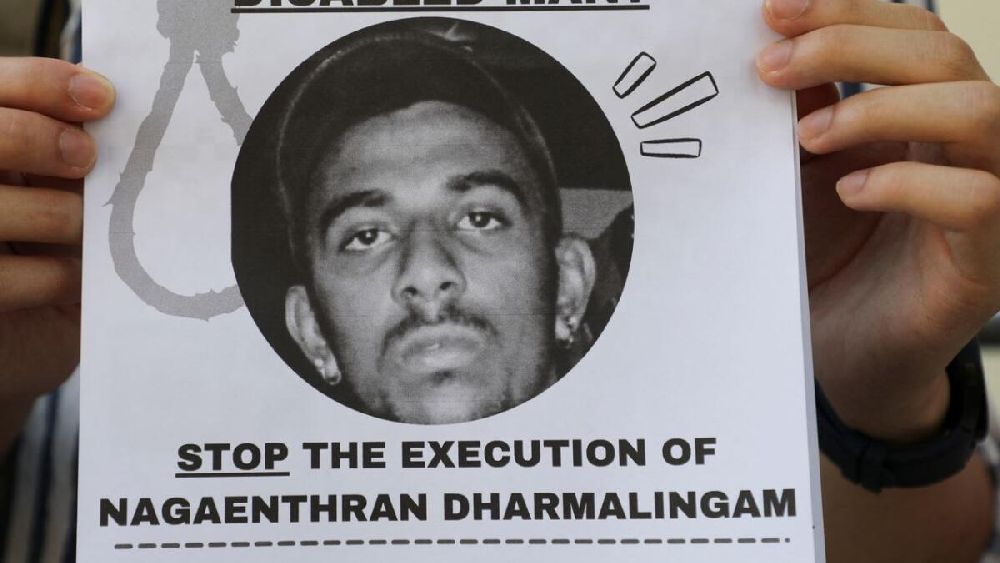 A Malaysian man with a mental disability lost a final legal appeal Tuesday against his death sentence in Singapore and faces execution soon, a lawyer and rights activists said.

Nagaenthran K. Dharmalingam has been on death row since 2010 for trying to smuggle less than 43 grams of heroin into Singapore. At an earlier court hearing, his IQ was revealed to be 69 — a level internationally recognized as an intellectual disability, but the court ruled Nagaenthran knew what he was doing by violating Singapore’s harsh anti-drug laws.

M. Ravi, a lawyer assisting the case, wrote on Facebook that Singapore’s top court ruled that Nagaenthran’s appeal was “an abuse of process and that international law does not apply.”

“Nagaenthran, who is mentally disabled, is due to be hanged possibly in the next few days,” he said.

“The Singaporean government has made clear its commitment to champion the rights of persons with disabilities. Allowing this travesty of justice to take place would fly in the face of those promises,” Reprieve director Maya Foa said.

“We urge President Halimah Yacob to listen to the cries for mercy within Singapore and around the world, from the United Nations to global business leaders, and spare the life of this vulnerable man.” Foa said in a statement.

Anyone found with over 15 grams of heroin faces the death sentence in Singapore, although judges can reduce this to life in prison at their discretion.

Nagaenthran was sentenced to death in 2010 and other attempts to reduce his sentence to life in prison or receive a presidential pardon failed.

Malaysia’s leader, European Union representatives and global figures such as British business magnate Richard Branson have called for Nagaenthran’s life to be spared and used the case to advocate for ending capital punishment.

Singapore’s home affairs ministry has responded that the country has a “zero-tolerance stance against illicit drugs” and that the death penalty has been made clear at its borders.