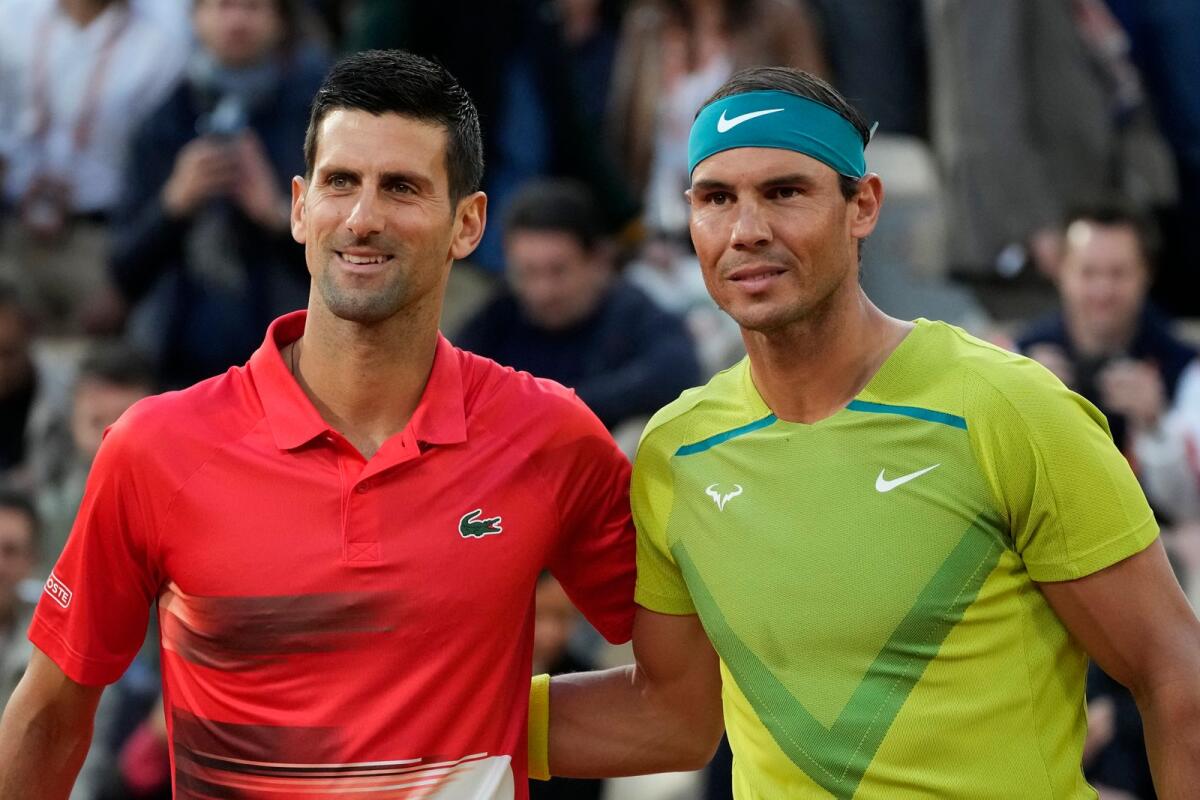 Rivals Novak Djokovic and Rafael Nadal were placed on opposite halves of the Australian Open bracket in the draw on Thursday, meaning the owners of a combined 43 Grand Slam singles titles could only meet in the final at Melbourne Park.

Djokovic, a nine-time champion in Australia, returns to the hard-court tournament after missing it last year when his visa was revoked and he was deported from the country because he isn’t vaccinated against Covid-19. He also couldn’t compete at the 2022 U.S. Open.

Fourth-seeded Djokovic will open his bid for a 10th Australian Open title against Spaniard Roberto Carballes Baena in the tournament which begins Monday.

Iga Swiatek, the women’s No. 1-ranked player, takes on German Jule Niemeier, who is ranked No.68, in the opening round. The Polish player was a semifinalist at Melbourne Park in 2022, a year in which she won the French and US Open titles.

But the main first-round focus will be on Nadal, who faces a potentially challenging match against British player Jack Draper.

Draper, who is 21, was a semifinalist in the Next Gen Championships in November and will also play in a semifinal of the Adelaide International on Friday.

Another opening-round highlight has five-time Australian Open finalist Andy Murray against Italian Matteo Berrettini, a former Wimbledon finalist who is the No. 13-seeded player.

Murray defeated Australian Alex de Minaur 6-3, 6-3 in an exhibition match on Thursday and is pleased with his form.

The potential men’s quarterfinals by seeding are: Nadal vs. No. 7 Daniil Medvedev in what would be a rematch of last year’s final at Melbourne Park, won by Nadal after dropping the initial two sets, and No. 3 Stefanos Tsitsipas vs. No. 6 Felix Auger-Aliassime in the top half; and Djokovic vs. No. 5 Andrey Rublev, and No. 2 Casper Ruud vs. No. 8 Taylor Fritz in the bottom half.

Nadal has a leading 22 Grand Slam singles titles, one more than Djokovic.

Ons Jabeur, who reached both the Wimbledon and US Open finals in 2022, is seeded second and plays Tamara Zidansek in the women’s draw.

No. 3 Jessica Pegula, who led the US team that claimed the mixed teams United Cup in Sydney last week, faces Jacqueline Cristian from Romania in the first round.

“I feel like she has the mental fortitude and I really feel like she can be here late in the stage of the Australian Open,” Molik said.

Seventh-seeded Coco Gauff, who won a tournament in Auckland last week, faces a tough first-round test against Katerina Siniakova, who defeated her in the Billie Jean King Cup finals in November.