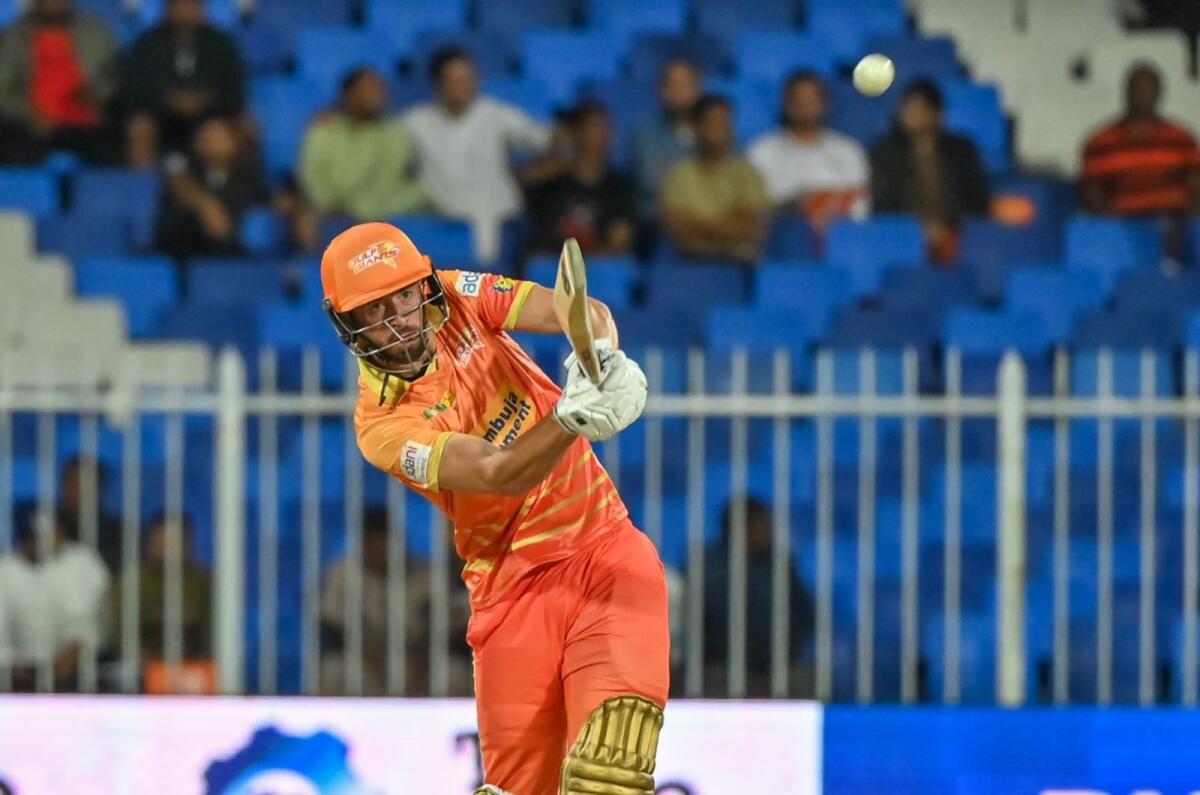 The Gulf Giants have raced to the top of the table in the first week of the inaugural DP World International League T20 with six points from three huge victories.

The Giants’ captain James Vince has led from the front with half-centuries in each of his team’s three games and Chris Jordan backed him up in the bowling department with six wickets in the competition so far.

The MI Emirates and Desert Vipers are at the second and third place with four points from two games each and the Dubai Capitals are at the fourth place with two points from three games. Meanwhile, Sharjah Warriors and Abu Dhabi Knight Riders are yet to open their account in the tournament.

Let’s take a look at the top batting performances from week one of the DP World ILT20.

Desert Vipers’ opening batter was at his imperious best when he smashed 83* off 52 balls against Sharjah Warriors at the Dubai International Stadium on 15 January 2023. The Englishman hit nine fours and three sixes to help his side chase down a target of 146 in just 16.4 overs.

Gulf Giants’ skipper James Vince took the Dubai Capitals’ bowlers to the cleaners during his superlative knock of 83* off 56 balls at the Dubai International Stadium on 16 January 2023. He struck seven fours and three sixes to aid his team achieve its target of 183 in 19 overs. Vince currently holds the Green Belt for being the highest run-getter (224 runs) in the competition so far.

Robin Uthappa got the Dubai Capitals off to a terrific start as he blasted his way to 79 runs off 46 balls at the Dubai International Stadium on 16 January 2023. The swashbuckling opener smashed 10 fours and two sixes, but unfortunately his team stumbled to a six-wicket loss on the night.

Let’s take a look at the top bowling performances from week one of the DP World ILT20.

Gulf Giants’ speedster David Wiese had a night out against the Dubai Capitals, picking up extraordinary figures of 3 for 3 at the Sharjah Cricket Stadium on 19 January 2023. The Namibian rocked the Capitals’ batting line-up by picking up the wickets of Chirag Suri, Rovman Powell and Yusuf Pathan. The Giants eventually skittled the Capitals out for 80 in the end.

UAE fast bowler Sanchit Sharma caught the cricketing world’s attention with his terrific spell of 3 for 9 against Abu Dhabi Knight Riders at the Zayed Cricket Stadium in Abu Dhabi on 15 January 2023. He dismissed Colin Ingram, Brandon King and Connor Esterhuizen and was also on a hat-trick at one point in the match.

After David Wiese reduced the Dubai Capitals to 44 for five, Jordan took the responsibility of finishing off the innings at the Sharjah Cricket Stadium on 19 January 2023. Jordan bowled out Fabian Allen, Chamika Karunaratne and Akif Raja to close out the Capitals’ innings at just 80 runs and help his team register a 101-run victory. Jordan is the current White Belt holder as he is the highest wicket-taker (six wickets) in the competition so far.