Minister of Industry and Advanced Technology calls on governments to keep investing in ‘low-cost, low-carbon energies’ 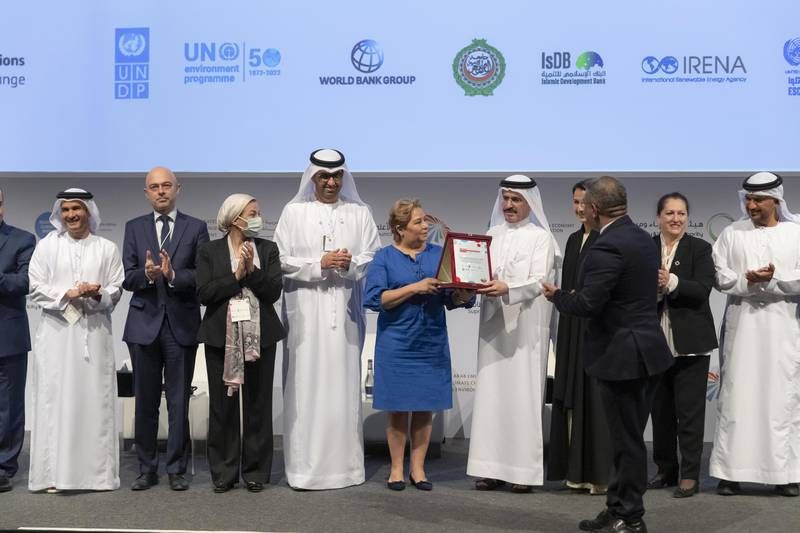 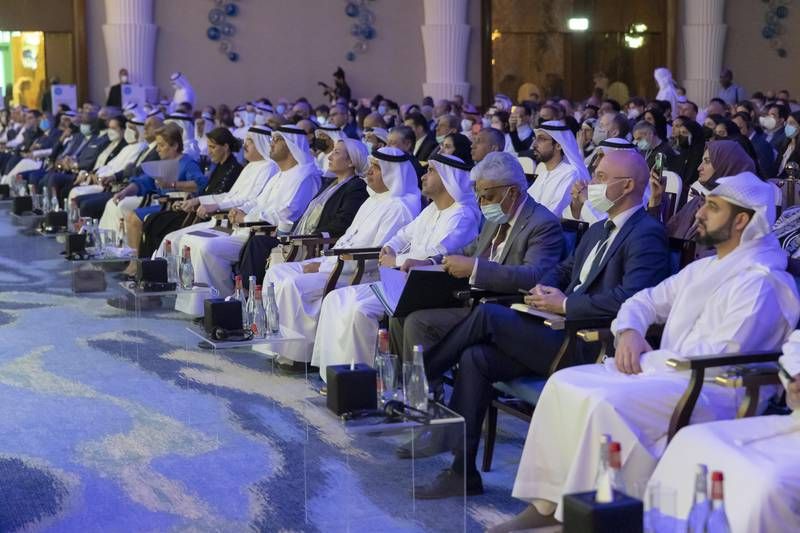 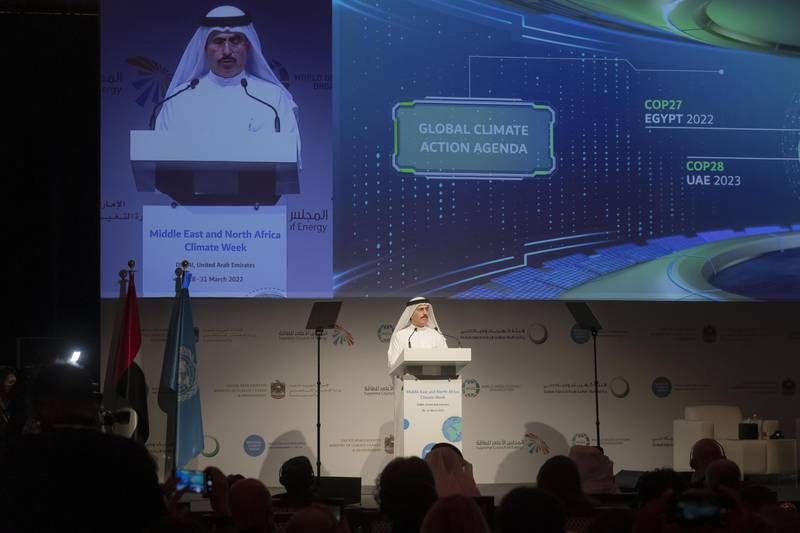 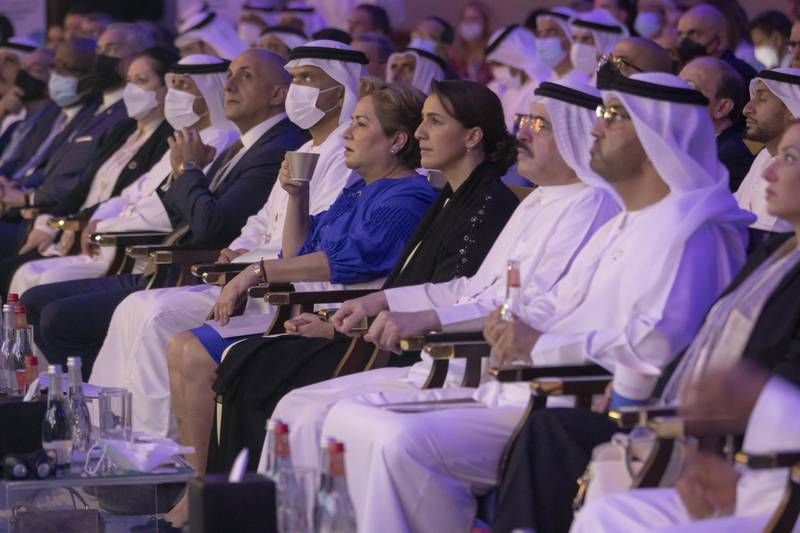 The official opening ceremony of MENA Climate Week 2022 at Atlantis, The Palm in Dubai. All photos: Antonie Robertson / The National

He said attempts to move away from traditional energy sources would only work if governments were pragmatic about the realities facing the world today.

Dr Al Jaber made his comments on the opening morning of the Middle East and North Africa Climate Week 2022 conference at Atlantis The Palm resort in Dubai.

QuoteWe all need to recognise the energy transition will take time and it actually requires sober and thoughtful planning. It is more evident than ever before that this cannot be rushedDr Sultan Al Jaber, Minister of Industry and Advanced Technology and special envoy for climate change

“We all need to recognise the energy transition will take time and it actually requires sober and thoughtful planning,” he said.

“It is more evident than ever before that this cannot be rushed.”

There was great potential to create jobs in the non-carbon energy sector, he said, but only if the opportunities were properly explored.

He said the current rise in fuel prices, due to a global shortage of oil, showed the need to ensure governments get it right when planning for the future.

There was no benefit to ditching existing energy models if people could not afford to use the alternatives, said Dr Al Jaber.

“We need to keep investing in low-cost, low-carbon energies,” he said in his address.

“Alongside renewables, we need nuclear, natural gas and oil from parts of world where it takes the least amount of carbon to produce.

“We should not be adopting policies that lead to energy poverty.”

The UAE has an established track record in leading the way when it comes to sustainability in the region, he said.

“We were the first country in the region to sign up to and ratify the Paris Agreement,” he said.

“The UAE was also the first to commit to an economy-wide reduction in zero emissions.”

He said the UAE has provided more than $1 billion in climate aid to more than 40 countries around the world. 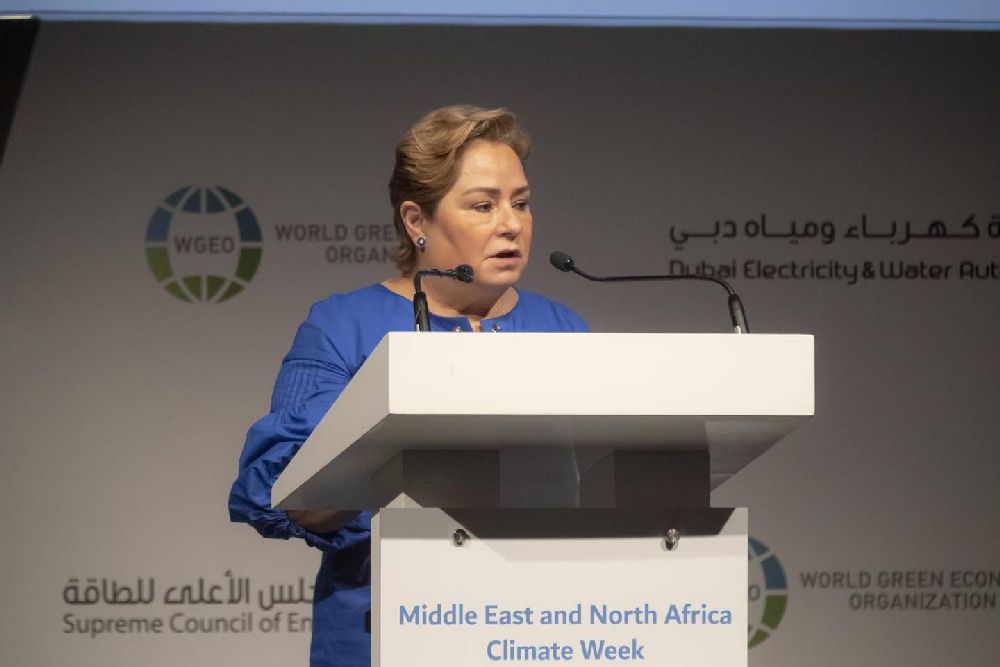 Patricia Espinosa, executive secretary of the United Nations Framework Convention on Climate Change, was also among the speakers during the opening sessions of the event.

She warned the climate crisis was the single most lethal threat facing humanity.

“We are in a moment when the world is facing an absolutely extraordinary challenge,” said Ms Espinosa.

She praised the UAE for taking a proactive role in tackling climate change, pointing out how the country was leading the way when it came to looking for climate solutions in the region.

“The UAE has played a leadership role when it comes to climate change,” said Ms Espinosa.

“The country has ambitious net zero emission targets and has some of the world’s largest solar energy fields.”

The UAE plans to be net zero by the year 2050, in line with the Paris Agreement where participating countries pledged to take action and work on strategies to reduce greenhouse emissions.

She said making the sacrifices required to win the battle against climate change is going to be challenging for all sectors.

“Making the required transformation is not going to be an easy task,” said Ms Espinosa.

“We need to be up to the challenge and work until the world moves in the right direction together.

“Delaying action on climate change comes at a steep cost.”

The Mena region was particularly vulnerable from the effects of climate change, she said.

“Water supply, food production and infrastructure are all at risk from extreme heat and rising seas,” said Ms Espinosa.