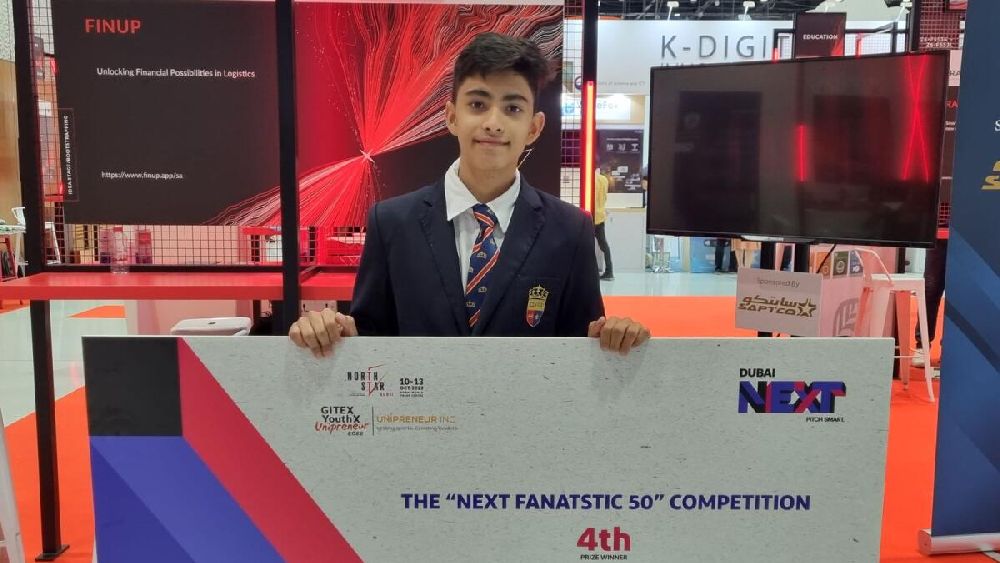 Unlike many kids who would ride a bus to school, Miraan Rai — a 13-year-old student — has long been used to a daily carpooling routine.

“My school is nearly 20km from my residence. Since my neighbour studies in the same school, either my parents or his parents would drop us off and pick us up,” he told Khaleej Times.

While it seemed like a normal, everyday practice for people living in the city, Rai saw it differently — he saw an opportunity for a smart service. And so he built an app for it.

The young coder has designed several apps over the last few years but none makes him prouder than ‘School Pool’.

“This carpooling app for students will ease road congestion and air pollution — while increasing the productivity of parents who pick up and drop off children at school,” said Rai.

His School Pool app is ready, and he has submitted it to Dubai’s Roads and Transport (RTA) for review and approval. The RTA is now looking at how this smart tool can be deployed safely and effectively.

Here’s how the app would work — if it gets the approval:

Essentially, it is a platform for parents who are looking for others with whom they can set up a carpooling routine, Rai said.

“For parents with multiple kids, school buses can be an expensive option —not to mention they usually take a long route to cater to all their student passengers. So, carpooling was a convenient options for others, including our family,” he explained. “This is where I got the idea to start the app.”

A ninth-grade student of Kings’ Al Barsha School, Rai has been passionate about computer coding and robotics since the age of seven. A self-taught coder. he has been taking basic classes to learn the skill.

“I have been interested in computers from an early age. I took classes during my summer vacations and started working on ideas which will help people in their daily tasks.”

The first app he has ever developed is one called Braille, which helps the visually impaired solve basic math problems,

“I am now in talks with schools for the visually impaired in poorer countries. I am hoping they can use this free app to teach their students,” he said.

Rai has also built his own tech startup, for which he received an award at Gitex Youth Unipreneur. He secured fourth place in the competition and was awarded a cash prize.

His latest product — AM Kard — is also being promoted by DubaiNEXT, the first official governmental online crowdfunding platform for start-ups in the UAE.

“The fundraising is now live, and funds have started to come in for further product development,” Rai said.

An app for pets

Rai is now working on an app for pets called Pawnder. “It will help pet owners find suitable mates for their furry friends in the UAE. It will also cover pet adoption.”

He has a younger brother Rohail Rai, who is studying in the same school. His father Shivaz Rai is a businessman, while his mother Mandira Rai is a writer.