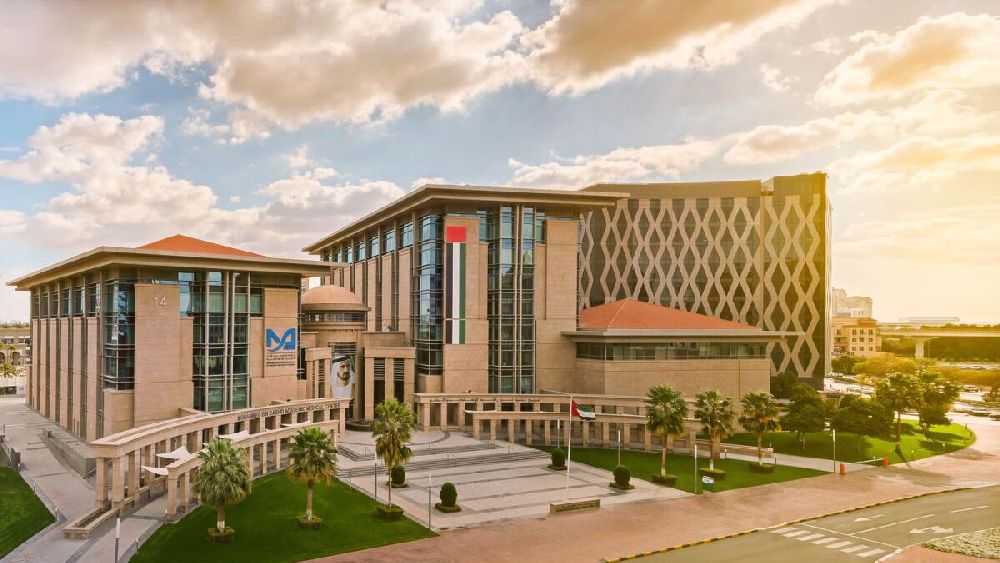 In a testimony to Dubai’s status as an emerging global hub for scientific research and innovation, Stanford University recognised nine faculty members of the Mohammed Bin Rashid University of Medicine and Health Sciences (MBRU) in its latest rankings of the world’s top 2 per cent scientists.

Dr. Amer Sharif, President of MBRU and CEO of Dubai Academic Health Corporation, congratulated MBRU’s faculty members for this honour, saying: “Stanford is one of the world’s leading research and teaching institutions. The inclusion of 9 MBRU faculty members in its notable rankings of the world’s top scientific talent marks a milestone for MBRU.

It mirrors the high-calibre faculty’s dedication to research. Since its establishment in 2016, MBRU has recorded nearly 1,000 peer-reviewed publications, reflecting its drive to innovate and enhance healthcare.”

Professor Stefan du Plessis, Acting Provost and the Dean of Research and Graduate Studies at MBRU, said: “The medical field is constantly evolving with new technologies, practices, and innovations. 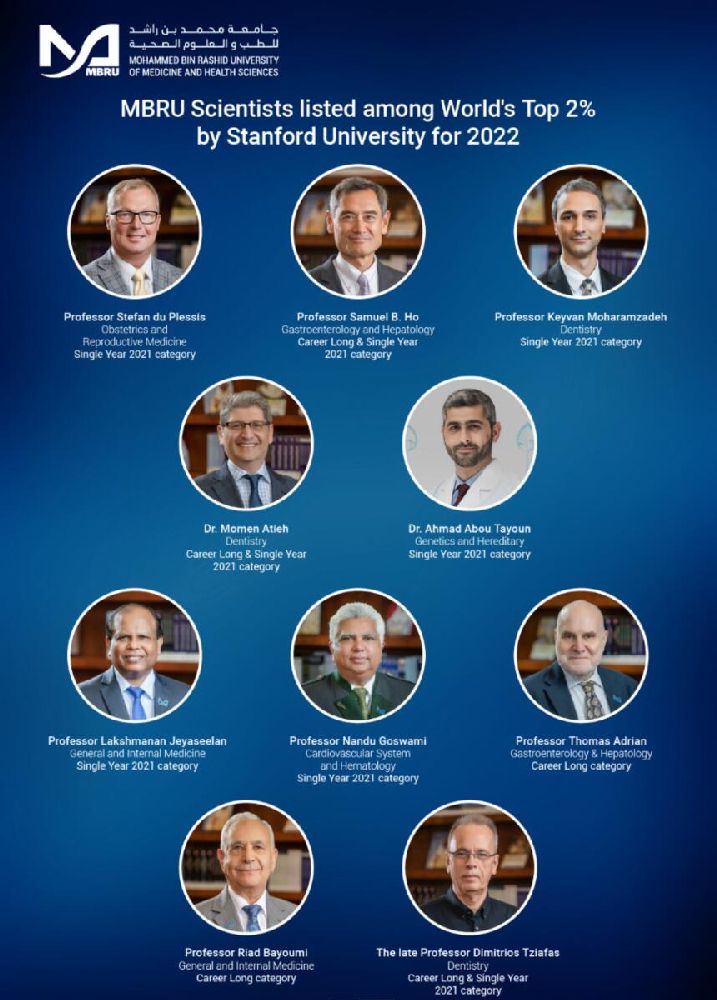 Scientific research is critical to help us navigate this ever-changing world, which is why research is a key pillar of our university. We are delighted to have our talented faculty recognised in this way.”

Led by Stanford scientists, the study is a database that ranks global researchers in 22 scientific fields and 176 sub-fields. The World’s Top 2 per cent Scientists list comprises two databases naming the most-cited scientists. One measures a researcher’s contributions to their scientific field in 2021 and names seven faculty from MBRU:

The second recognises a scientist’s lifetime contribution to their field and names four faculty at MBRU. They are:

Both lists also acknowledged the late Professor Dimitrios Tziafas, a professor in endodontics at the Hamdan Bin Mohamed College of Dental Medicine from 2016 to 2019. Professor Tziafas was listed under the subfield of Dentistry.