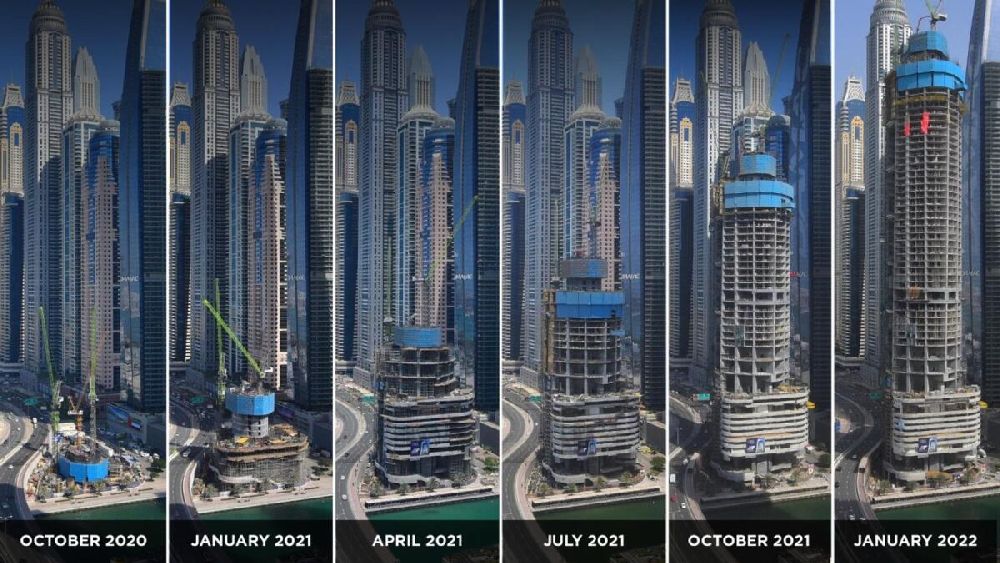 Construction of the world’s tallest hotel Ciel coming up in Dubai has reached its halfway mark and the 365-metre tall skyscraper is scheduled to open in the first half of 2024.

Being developed by The First Group, work on the megastructure is continuing beyond 52nd floor and is scheduled to complete in the fourth quarter of next year.

According to Skyscraper Centre’s data, out of 100 tallest buildings which are under construction globally with a minimum height of 300 metres, five of them are being built in Dubai.

When completed, Ciel will house more than 1,000 guestrooms and suites, as well as premium guest amenities and facilities, such as the Ciel Observatory & Lounge on the 81st floor and a signature rooftop Sky Terrace featuring an infinity pool and bar affording sweeping panoramic views of Dubai’s world-famous skyline, the Palm Jumeirah and Arabian Gulf.

“Ciel will set a new benchmark for innovative design in super-tall buildings, not just in Dubai, but globally,” said Danny Lubert, co-founder of The First Group.

Standout design features include a 300-metre-tall atrium with vertically stacked landscaped and naturally ventilated terraces spanning the building’s 82 floors, which will provide occupants with shared communal and interactive space.

Ciel’s interior design is inspired by the concept of Wabi-Sabi, a Japanese tradition with a key focus on understated elegance and rustic, warm aesthetics.

The hotel will also host Sunset Lounge on the 74th floor and Horizon Bar on the 76th floor.

Rob Burns, CEO of The First Group, said: “Ciel is a landmark development for Dubai that will not only enhance its status as one of the world’s great tourism and business travel destinations, but will set a new benchmark for upscale accommodation in what is recognised as one of the most dynamic and competitive hotel markets on the planet.”

Property
. As Dubai’s real estate sector continues its surge, a number of homeowners who