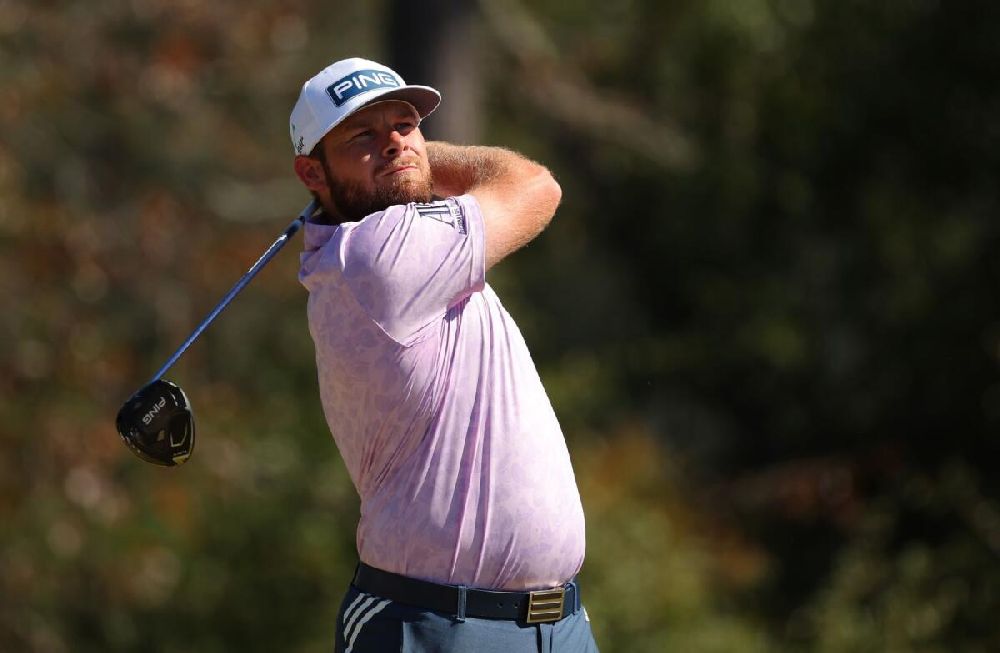 Tyrrell Hatton bogeyed the final hole on Thursday to end the first round of the $10 million DP World Tour Championship tied with Matthew Fitzpatrick on seven-under par 65.

Fitzpatrick made a sensational start, with birdies in his first five holes on the Earth course of Jumeirah Golf Estates.

He picked up only two more shots in the remaining 13 holes as he finished with a bogey-free round of 65.

Fellow Englishman Hatton was furious after his tee shot on the par-5 18th hole found the fairway bunker before closing with a bogey.

“My mind is just raging at the last there,” he said. “But it is what it is. It’s such a good hole from the forward tees and I can’t understand why they should use the back tees.”

The tournament features the top-50 players in the Race to Dubai. Rory McIlroy is leading on 4,154.1 points with Ryan Fox 128.1 points away in second. Fitzpatrick is third and Tommy Fleetwood fourth.

World No.1 McIlroy, bidding to become only the second player after Sweden’s Henrik Stenson to win the FedEx Cup and the Race to Dubai in the same season, faltered after a bright start of two birdies in the first three holes and closed at one-under par 71.

Fitzpatrick has started a round in Dubai with four straight birdies before on his eway tro victory in 2020, and saiud he was laughing on course with caddie Billy Foster.

“When we did four in a row, we laughed about that, and I managed to make a fifth. It was a nice start to the day,” said Fitzpatrick.

“I wasn’t really frustrated that I made only two more birdies after that start. I just wanted to make sure that I picked a few coming in after that, and I did that.”

Hatton’s previous best start in the tournament was a 69, which he bettered it by four shots.

“I’m surprised to hear it’s my lowest round to start with. Obviously, it was a good day. Hit a lot of good shots,” said Hatton, who has not won since 2021 Abu Dhabi HSBC Championship 22 months ago.