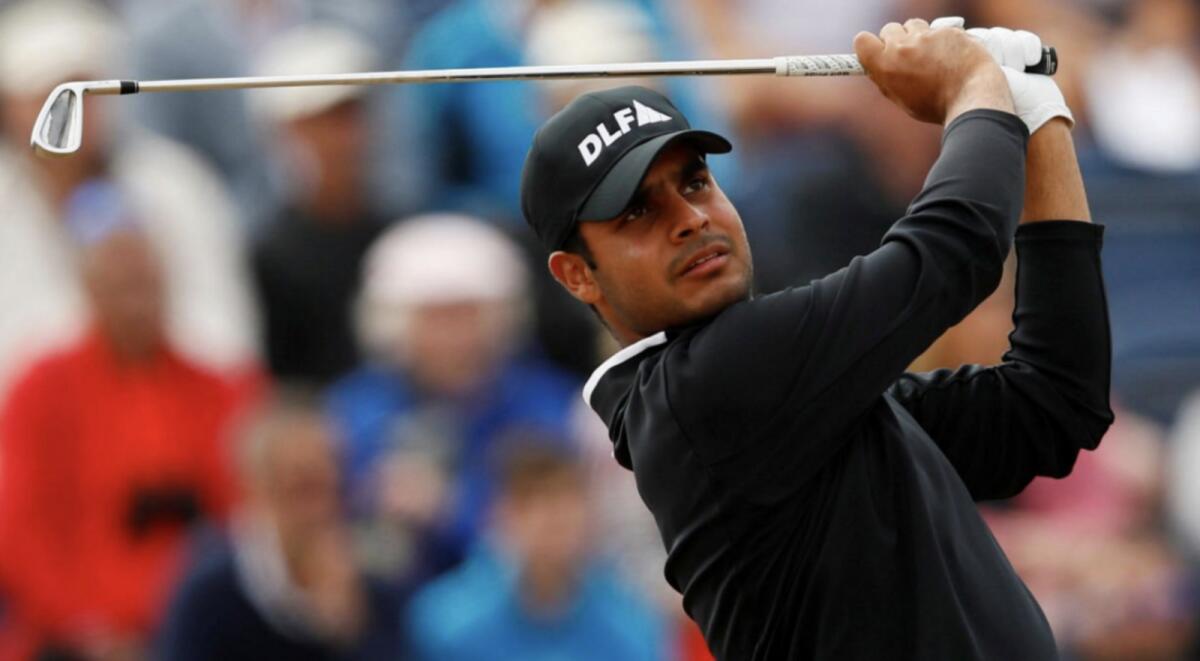 Sustainability is the single most important factor contributing to the UAE’s future, and Indian golf star Shubhankar Sharma has praised the Hero Dubai Desert Classic for its efforts in ensuring a better environment for sport in the country.

Sharma, who will be making his sixth appearance in the Emirates Golf Club’s annual showpiece from January 26-29, believes that the event has sent out a strong message through its support of the Emirates’ ‘Drop It’ campaign.

Speaking to Khaleej Times, the 26-year-old former Rookie of the Year winner said: “I love the fact that the Hero Dubai Desert Classic has a no plastic bottle policy, and is setting a great example for other sporting events to become sustainable and more sensitive towards the environment.

The Hero Dubai Desert Classic is also one of the most iconic events held in Dubai every year and represents the vibrancy and growth of Dubai as a sporting destination, hence being a true example of a sustainable event.

It is the need of the hour and all such events should strive towards sustainability.”

Having manifested his passion for the ecosystem that surrounds us, Sharma will next turn his attention to narrow green ribbons and testing greens at the Majlis Course – the stage on which the second Rolex Series of the stacked 2023 DP world Tour will unfold.

Sharma, who will have the support of Dubai’s large Indian golfing fraternity, will share the stage with reigning World No. 1 Rory McIlroy who is bidding to become the second player after Ernie Els to win three Desert Classic titles – presently worth a whopping $9 million in prize money.

“This will be my sixth time at the Dubai Desert Classic and I’ve loved playing every single one,” said Sharma, who is only the third Indian to win two DP World Tour events in the same season. “I’m really looking forward to playing the magnificent Emirates Golf Club. It’s an incredible event and a great start to the year for me.

Apart from the beautiful course, I really like the atmosphere of the event; it attracts a great crowd and I personally get a lot of support, which makes it particularly special playing there.”

Sharma also knows that he will have to play some extra-special golf to be competitive in an event packed with golf superstars like 2019 Open Champion Shane Lowry and fellow DP World Tour stars and two-time Abu Dhabi winner Tommy Fleetwood; New Zealand’s Ryan Fox, who sealed an outstanding 2022 season by finishing second behind McIlroy; and Tyrrell Hatton, who was runner-up at the season-ending DP World Tour Championship last season.

However, a second-place finish in Abu Dhabi last January, where he took home a check for Euro 610,736, the biggest of his career, will help boost his confidence going into this month’s Desert Classic.

Reflecting on his career and how winning twice on the European Tour in the same year changed his life, Sharma said: “Winning my first European tour event in 2017 at the Joburg Open, aged 21, was my first big breakthrough on the international stage.

“Things really changed after that as I won my second title soon after at the Maybank Malaysian Open and got a special invite to play the Masters in 2018.

“I played all four Majors that year and won the Henry Cotton Rookie of the Year on the European Tour.”

A vegetarian by choice who says he misses his Mum’s cooking the most while on tour, Sharma will also be looking to get his teeth into some of the record-breaking prize money on offer during the full 12-month DP World Tour calendar, which will feature a minimum of 39 tournaments in 26 different countries.

But first things first – and Sharma’s focus will be on raising his game to play four top rounds of golf at the Classic, while he spends his evenings relaxing in his home away from home in the lush Jumeirah Beach Residence neighbourhood.

“Apart from the huge malls and the beautiful skyline – I love the JBR area in Dubai,” said Sharma, who learnt to play golf at the age of seven. “I’ve been staying there for the past few years and the beach is really close, which makes it brilliant for evening strolls. “

Should Sharma produce the performance of his life and even win the Dubai Desert Classic, perhaps he will be spending more time in Dubai – a city that appears to be close to his heart.