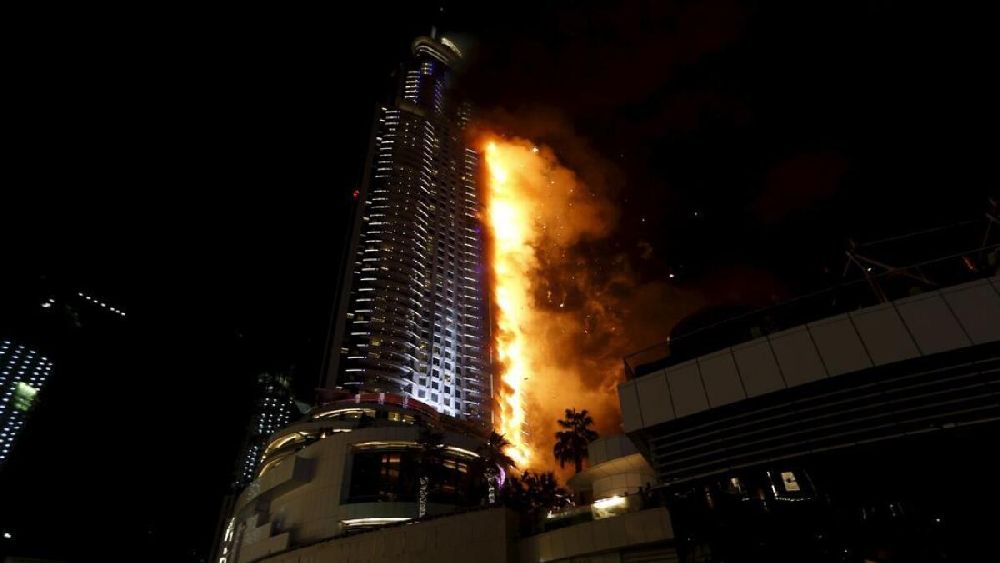 An insurance company attempting to recover the Dh1.25 billion it had paid as part of an insurance claim in the 2015 New Year Eve’s fire at the Address Downtown hotel, has lost its case in the Dubai Civil Court.

Following a blaze that broke out in the hotel owned by Emaar Properties, its UAE-based insurer, Orient Insurance, paid the developer Dh1.25 billion to cover for the losses resulting from the fire.

After the settlement, Orient Insurance lodged a civil case at Dubai Courts accusing contractors who worked on the construction of the hotel – including ALEC Engineering and Construction, Mirage and GAJ, Atkins and Arabtec – of failing to implement fire safety requirements and therefore contributing to the spread of the fire.

The company requested that they be paid back the insurance amounts they had paid to Emaar.

The case was dismissed, however, and a ruling in favour of the contractors was upheld by the Dubai Court of Appeal on Wednesday last week.

“Our client’s position was properly articulated from day one, and three years later, the honourable Dubai Courts confirmed it as right,” said Sherif Hikal, founding partner at OGH Legal, acting on behalf of ALEC Engineering and Construction.

“It was a very complex case with very complicated technical issues.”

Documents presented to the court included reports by an experts committee which stated that the contractors had not been found at fault whatsoever, and that the fire had been caused by an electrical short-circuit.

“The technical findings of the seven-member committee concluded that there were no errors in the manner in which the building was constructed,” said Mohamed ElGhatit from OGH Legal.

ElGhatit stated that complex cases similar to this one would be referred to other platforms such as foreign courts or arbitration. “But recently, such cases are being considered and determined by UAE Courts”, he said, “which reflects a confidence in the country’s legal system.”

The ruling can be appealed within 60 days.

. When diamond merchant Jairambhai Ankolia, 39, decided to send Dh1.38 million worth of diamonds to his Dubai office from India, little did he know that he would be caught in an...

. If a resident finds any item or property that does not belong to them and keeps it with the intention of owning it, they will be prosecuted according to the law...

. Ajman Criminal Court has sentenced an Asian man to three months in prison for threatening to murder his business partner. According to court files, the 42-year-old went to the shop, which...