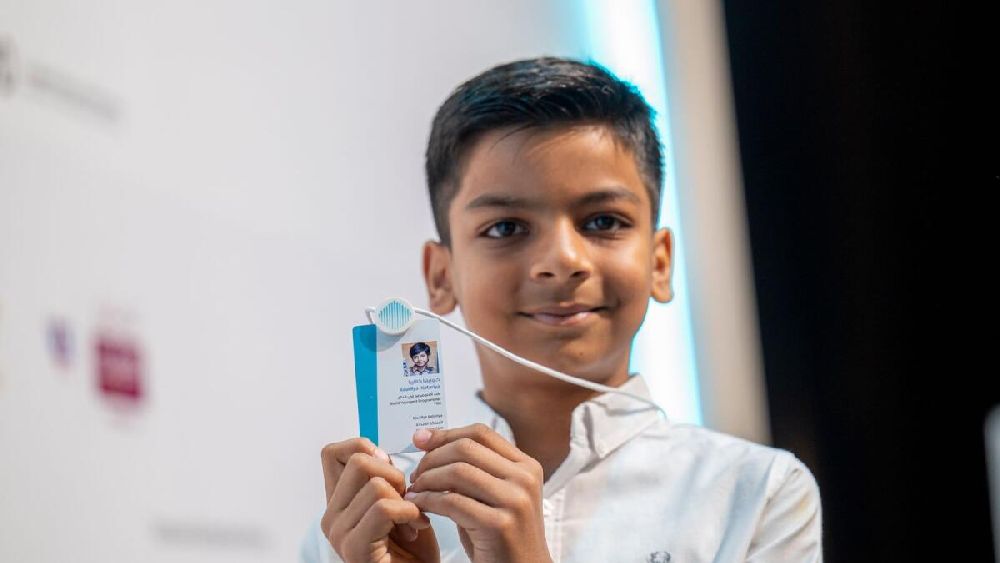 At the age of six when children are often engaged with toys and video games, Kautilya Katariya is already shaping the future of programming.

Based in Northampton in the UK, Katariya was only six years old when he earned the Guinness World Record as the world’s youngest computer programmer. Today aged 8, he is an IBM Artificial Intelligence (AI) professional and a certificated Microsoft Technology Associate.

Speaking to Khaleej Times on the sidelines of the World Government Summit, Katariya said his passion in computing began at the age of five when his father gave him a book about building a basic program.

“I liked it so much that I finished the book in one day. This was when I wrote my first computer program and installed Python,” noted Katariya, who describes himself as a computer explorer.

He completed four professional certifications from IBM for Python and AI. Now he joins math classes with high school students and competes with university students in computing and programming, besides his occasional role as a speaker in key world events.

Initially, Katariya explored computing languages like Python, JavaScript, and supporting HTML before focusing on Python as the best programming language to learn for AI and machine learning.

“I developed some AI projects using IBM Watson and Python including a chatbot, voice assistance and an image recognition system to detect fire and smoke.”

Explaining the image recognition program that aims to reduce fatalities of fire accidents, Katariya noted, “It can be used in places where there’s a high risk of fire so the camera can be connected to my AI model and then it can check if there’s fire or smoke. And if there is, then it can call a firefighter.”

Through his YouTube channel, Katariya solves problems over different coding platforms with aims to inspire the young generation to learn programming.

The young student stressed that governments must supporting future tech talents to become young programmers through widening learning resources and giving access to places like labs and research.

Ultimately, he said, AI and technology must be part of the teaching curriculum.

To develop his skills, Katariya said he explores different areas of computing through books and online tutorials.

In January 2021, he earned an IBM Professional Certification for Data Visualization and Applied Data Science with Python.

In the future, Katariya said he looks to design a new type of AI and become a mathematician and a computer scientist.

“One day I’d like to build an AI program that could do anything if you were sick, it could be a doctor, if you want to talk it could be a friend, if you need a ride, it could become or build a robot car or rocket ship for you,” he said.