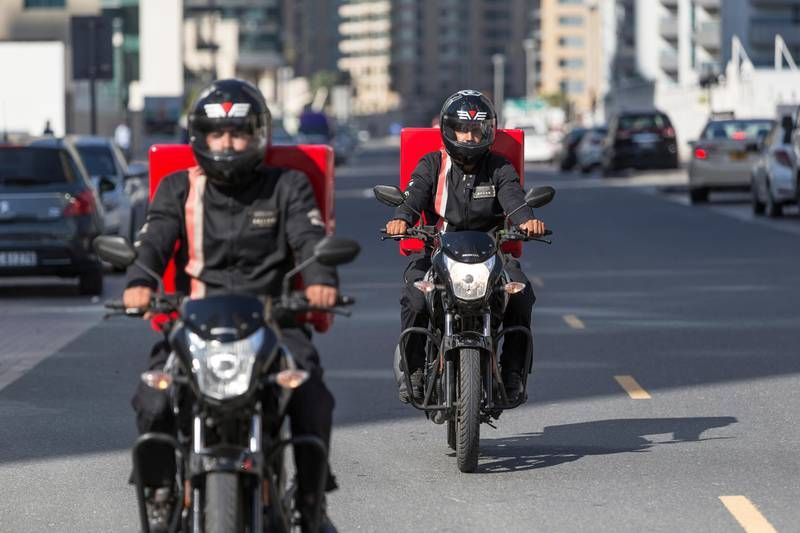 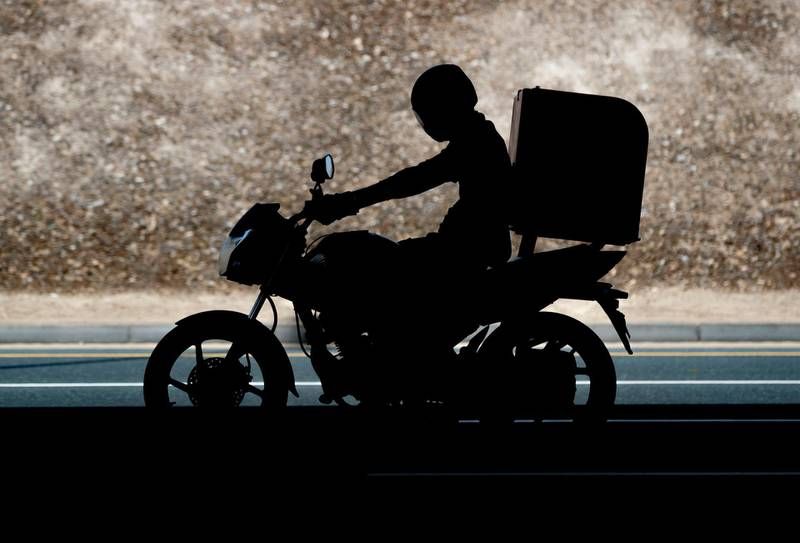 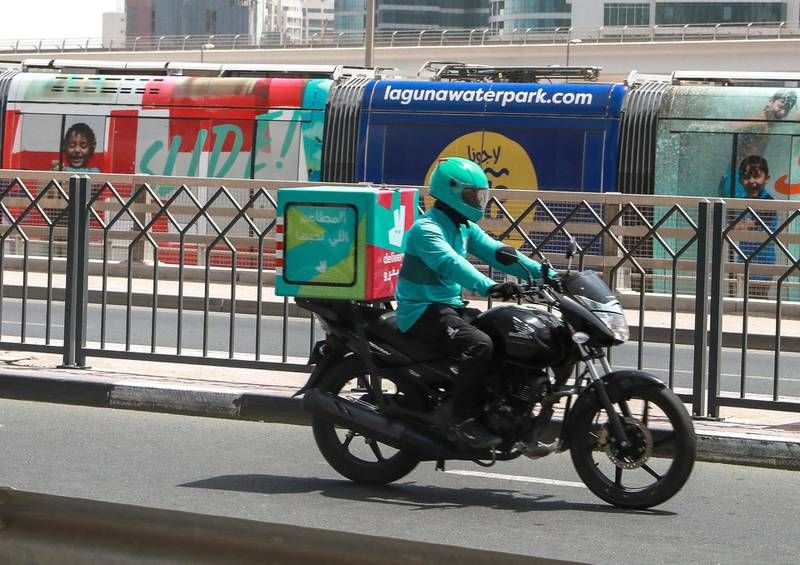 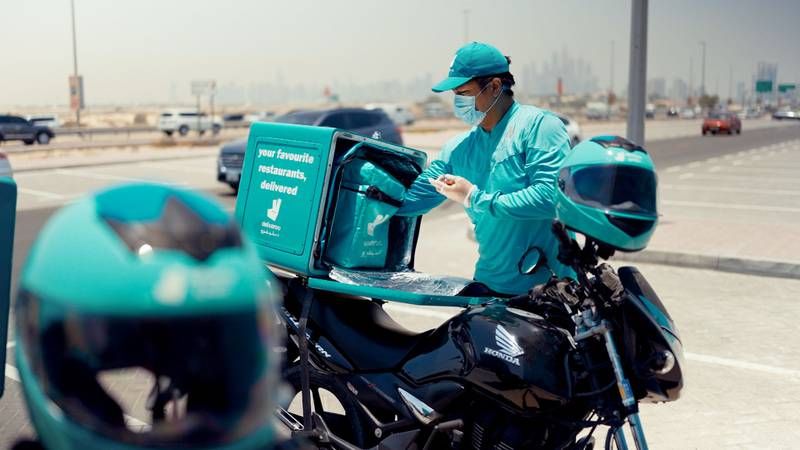 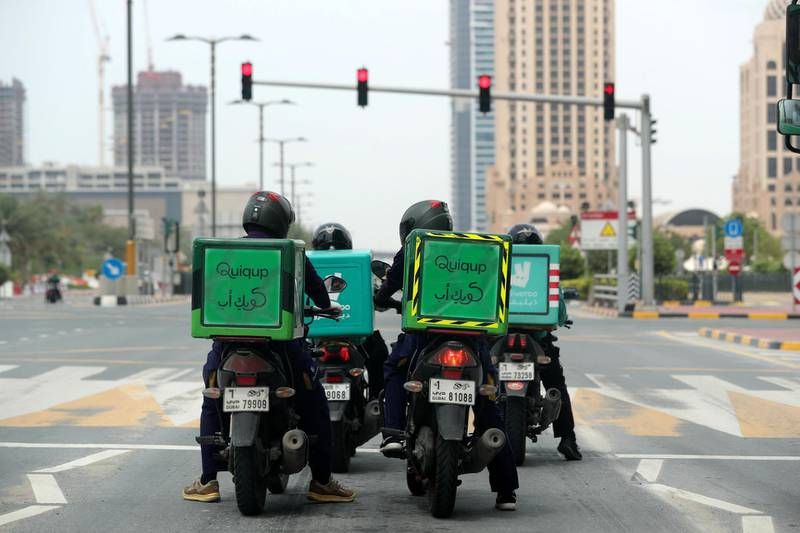 The Roads and Transport Authority in Dubai has issued a manual explaining the regulations covering delivery riders on Dubai streets. Antonie Robertson / The National

The number of accidents involving motorbikes in Dubai soared by 25 per cent in the last year, latest figures show.

Dubai authorities said there were 400 accidents in 2021, compared with 300 the previous year. The main reasons for the accidents included failing to leave a safe distance, sudden swerving and jumping a red signal at traffic lights.

The figures were revealed at a meeting between the Roads and Transport Authority (RTA) and Dubai Police, who announced a joint campaign to educate delivery drivers about the risks of speeding and bad driving practices.

The campaign will create increased safety checks on delivery drivers to ensure their compliance with the traffic rules.

Both parties agreed on the introduction of specifications of protective gear for motorbike riders, which include elbow protectors, helmets and safety shoes that adhere to international standards and specifications. Training material will be prepared for motorcyclists, in co-operation with training institutes.

It was also agreed to launch Delivery Service Excellence Awards to reward the best-performing companies and drivers.

Divided into two categories, the first covers the best two companies in delivery service as well as the best two via smart platforms and apps.

The second category will honour the 10 best professional drivers each year.

The awards aim to create a competitive environment between delivery companies that encourages them to improve customer service quality and motivate drivers to abide by the traffic regulations and customers’ service.

READ MOREDubai delivery drivers banned from the fast laneDubai Police: 22 bikers died and 253 hurt in road accidents in 2021Dubai population to surge to nearly 6m in 20 years amid urban transformation

“The Covid-19 pandemic resulted in a surge of demand for delivery service companies to meet the public needs of goods and products, which dictated the need to regulate the business of this sector to ensure delivering quality services to customers,” said Mattar Al Tayer, director general of the RTA.

Dubai Police this month said 22 people were killed and 253 injured in motorcycle accidents in the emirate last year.

Brig Saif Al Mazrouei, head of the traffic department at Dubai Police, said most of these accidents were caused by delivery riders but did not give the exact number.

In June last year, the RTA issued a Delivery Activity Manual that sets out the required training and licensing, specifications for delivery riders. The manual says riders are banned from using the fast lane, are not allowed to use backpacks for deliveries and must not travel at more than 100kph.